When Leo Varadkar became Ireland’s Prime Minister almost three years ago, he was likened to Prime Minister Justin Trudeau and seen by many people around the world as a rising young star.

But Mr. Varadkar has never been as popular at home and, as voters across Ireland head to the polls Saturday, he’s fighting for his political life. Recent opinion polls put his Fine Gael party in third place, behind its traditional rival, Fianna Fail, and Sinn Fein, which has defied expectations and surged to the front on a platform that includes massive increases in social housing and reunification with Northern Ireland.

“I think at this stage now we’d have to say he’s only got an outside chance,” said Theresa Reidy, a politics professor at University College Cork. “What’s really crucial for Varadkar is if he’s not going to make it as Taoiseach [Prime Minister] he at least has to ensure that he’s the leader of the opposition – that his party returns with more seats in parliament than Sinn Fein.”

In many respects Mr. Varadkar should be cruising to victory. The Irish economy grew almost 6 per cent last year, topping every other country in the European Union. Unemployment is at a 13-year low, and the government is running a budgetary surplus for only the second time since the 2008 financial crisis. Mr. Varadkar, 41, has also won plaudits for his handling of Brexit – by ensuring the border with Northern Ireland will remain open – and for liberalizing the country’s abortion laws. His background as the gay son of a mixed-race couple has also made his climb to the top groundbreaking.

But he’s not getting any credit for all of that from voters. Instead, he’s been forced to explain why his party, which has been in power since 2011, hasn’t done more on health care, transportation and especially housing.

The lack of affordable housing has become the defining issue of the election campaign. House prices have soared more than 80 per cent across the country since 2012 – almost 90 per cent in Dublin. Rents have jumped 40 per cent in the past five years. 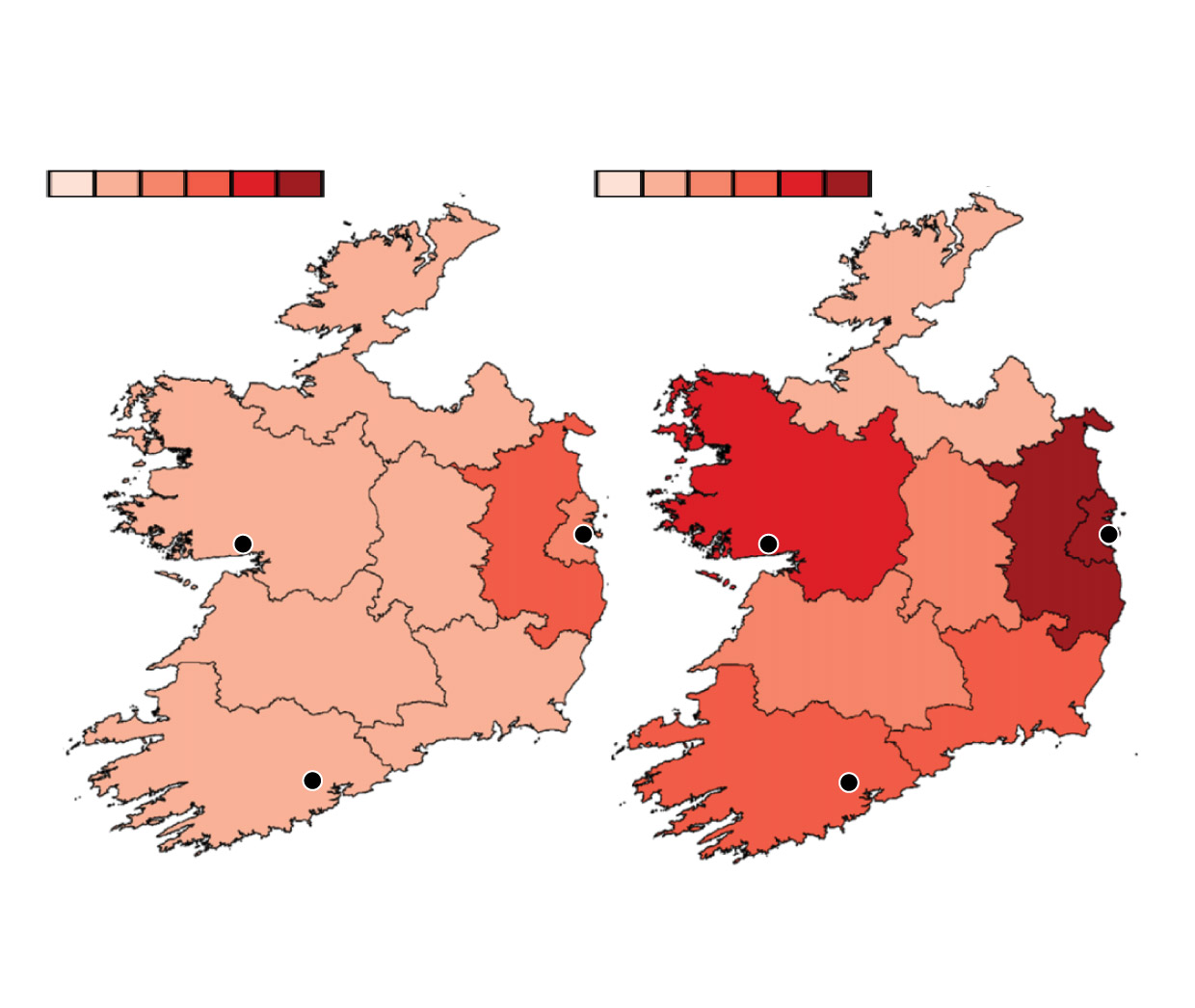 Compounding the problem is an acute shortage of builders. Residential construction ground to a halt after the property bubble burst in 2008. Now, as the economy roars back and job seekers return home from abroad, the Central Bank of Ireland has estimated the country needs 260,000 new homes, roughly four times the number built in the past five years.

“You’ve got this contrast between a very highly effective economy where people have got more money but many of them finding they’ve got nowhere to live,” said Mike Allen of the housing charity Focus Ireland. He added that the housing crunch has led to an explosion in the number of homeless people, which has quadrupled in five years to more than 10,000.

Mr. Varadkar has struggled to address the issue. His cause was not helped when city officials in Dublin recently used bulldozers to clear a camp of homeless people only to run over and seriously injure a man who was still in his tent.

The main benefactor of Mr. Varadkar’s woes has been Sinn Fein Leader Mary Lou McDonald, who has seized upon the housing issue and the growing desire for change among voters.

Sinn Fein’s jump in the polls has been stunning considering the party’s support fell as low as 10 per cent after local elections last year. Now it’s on the cusp of breaking the stranglehold that Fine Gael and Fianna Fail have had on Irish politics for almost a century. It’s also a remarkable turnaround for a party that has long been associated with the Irish Republican Army.

Much of the change is due to Ms. McDonald. She became leader in 2018 after the retirement of Gerry Adams, who’d run the party for 35 years. Unlike Mr. Adams, who grew up in a Belfast neighbourhood with close ties to the IRA, Ms. McDonald is from a middle-class family in Dublin and has no IRA affiliation.

She’s managed to tap into voters’ anxiety about housing by promising to build 100,000 social housing units, freeze rents and overhaul the tax system to ensure that banks and rich people pay more.

“Even if it doesn’t propose doing anything radically different from all of the other parties, at least Sinn Fein sounds like change and sounds more radical,” said Eoin O’Malley, associate professor of political science at Dublin City University.

Still, the party has a history of underperforming on election day, and many voters remain concerned about its history. But this election looks different, and most observers believe the party will do better than expected. That could put Ms. McDonald in the position of kingmaker, as Ireland’s system of proportional representation virtually guarantees a coalition government.

The outcome could also have major consequences for Britain, as Ms. McDonald has been adamant that Sinn Fein wants a referendum on reunification with Northern Ireland. “There’s no doubt that the possibility of a united Ireland is much higher on the agenda than it would have been a few years ago,” said David Farrell, who heads the school of politics and international relations at University College Dublin.

The election results aren’t expected until Sunday, and negotiations to form a government could take weeks. But no matter what happens, Ireland is bracing for dramatic change. “The old party duopoly of Fine Gael and Fianna Fail is certainly breaking down,” Dr. O’Malley said. “We’re in a long-term transition of the party system, and it’s not quite clear where it’s going.”

View more suggestions in Following Read more about following topics and authors
Follow Paul Waldie on Twitter @PwaldieGLOBE
Report an error Editorial code of conduct
Due to technical reasons, we have temporarily removed commenting from our articles. We hope to have this fixed soon. Thank you for your patience. If you are looking to give feedback on our new site, please send it along to feedback@globeandmail.com. If you want to write a letter to the editor, please forward to letters@globeandmail.com.
Comments