The leaders of Libya’s internationally recognized Government of National Accord are warning that Europe could face a new migrant and terrorism crisis if the country descends into a civil war that threatens the security of prisons and detention centres.

Their warnings came as fighters loyal to General Khalifa Haftar, the military strongman who controls the eastern half of Libya, found themselves bogged down in the southern outskirts of Tripoli. Nearly two weeks ago, as he launched his assault on the Libyan capital, he predicted a quick victory that would hand him control of most of the lawless, oil-rich country.

But the Government of National Accord, or GNA, recruited militias from the coastal city of Misrata, 200 kilometres to the east of Tripoli, to help defend Tripoli. The result has been an apparent stalemate, though civilian and military casualties have mounted on both sides as clashes and aerial attacks persist.

In an interview with the foreign press in Rome on Tuesday, Ahmed Maiteeq, who is the GNA’s vice-president and a member of the presidential council of GNA leader Fayez al-Sarraj, said 800,000 migrants could flee to Europe if Libya descends into civil war and chaos. Mr. Sarraj has used the same figure. In an interview with Italy’s Corriere della Sera newspaper, he said Libya is “facing a war of aggression that will spread its cancer throughout the Mediterranean.”

Mr. Maiteeq also said that the Libyan prisons between Tripoli and Misrata hold 400 Islamic State (IS) terrorists who could escape if their walls are breached in an attack. “If something happens, and war continues this way.… How can we keep these prisoners?”

The warnings were widely seen as the GNA’s effort to win allies in Europe and gain their financial support.

France appears to be hedging its diplomatic bets. It officially recognizes the GNA but has supported Gen. Haftar, in large part because he is fighting terrorists in southern Libya. French troops are stationed nearby, in Chad, where they are mounting anti-insurgency operations. Gen. Haftar is reportedly getting military and financial assistance from Egypt, the United Arab Emirates and Saudi Arabia. Italy, historically the biggest foreign investor in Libya, backs the GNA but has held dialogues with Gen. Haftar.

The migrants figure was considered both somewhat exaggerated and misleading. The United Nations International Organization for Migration (IOM) says that in February, about 666,000 migrants of 38 nationalities, many of them from the Sahel countries, were in Libya.

But the vast majority of them live in communities, not in detention centres, and would be incapable of leaving the country because of the lack of transportation, such as boats, if the fighting were to widen. The aid group Médecins sans frontières said that only about 10,000 migrants in Libya are housed in detention centres.

The terrorist figure, however, may be more or less accurate, said a Western diplomat assigned to Libya. He could not be identified because he is not authorized to speak to the media. “If anything, 400 is a low estimate,” he said. “Everyone is terrified of a prison break.”

Libyans and their Mediterranean neighbours, including Tunisia, particularly fear that fighting could open the walls of the infamous Mitiga prison at Tripoli airport, which was attacked last week by Gen. Haftar’s small air force.

The airport occupies the site of the former Wheelus air base, which was the United States’s biggest foreign military installation until the late 1960s, when Moammar Gadhafi took control of the country. (He was killed in the 2011 revolution.) The enormous prison is thought to hold several thousand prisoners – their exact number is unknown – and includes hardened jihadists. The prison is protected by an Islamist special deterrence force known as Rada, which is allied to the GNA’s interior ministry. Rada is based at Mitiga.

The governments of Italy and Greece, which have born the brunt of the migrant crisis, have said they cannot absorb any more migrants and refugees. The waves of migrant crossings in recent years – Italy alone has 600,000 migrants in overcrowded camps and housing units across the country – have helped to fuel the rise of Europe’s populist, anti-migrant parties, including the League party of Italy and Alternative for Germany.

On Monday, Luigi di Maio, Italy’s deputy prime minister and leader of the Five Star Movement, which forms half of the ruling coalition, said “we will never let 800,000 migrants into Italy.”

In the last year, Italy’s other deputy prime minister, Luigi Salvini, leader of the League party, has ensured that migrant arrivals have all but stopped. He has prevented most of the charity rescue boats from docking at Italian ports.

Mr. Maiteeq called Gen. Haftar’s attack on Tripoli, only shortly before Libyans were to hold a peace conference aimed at uniting the eastern and western parts of the country and setting out a timeline for elections, a brazen “coup” attempt. Ghassan Salamé, the UN’s special envoy for Libya, has used the same description.

The IOM says that 18,350 people have been displaced from their homes since the fighting around Tripoli began early this month. The UN says 174 people have died on both sides of the conflict, and 756 have been injured.

In the next day or so, the UN is expected to announce an appeal to help refugees and migrants trapped in Libya’s combat zones. Canada has said it would take 750 refugees from Libya; more than 150 of them have already been resettled, with another 600 expected to arrive in Canada in the next two years. 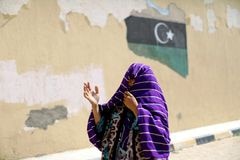 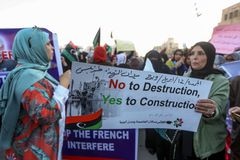