Thousands of cattle-owning Maasai people are vowing to stay in their ancestral lands in Tanzania despite a campaign of harassment and restrictions by government officials who have threatened to evict them from a wildlife conservation area.

Tanzania has some of Africa’s largest and richest wildlife reserves, but its government says the famed Ngorongoro Conservation Area – a UNESCO World Heritage Site – is on “the brink of extinction” because of human pressure. It says the Maasai lands around the area should be taken under government control for the “broader public interest.”

For generations, the Maasai have been herding cattle in the conservation area, where an ancient volcanic crater is home to thousands of buffalo, zebras, wildebeest and lions – all part of a lucrative tourism industry. Many researchers say the Maasai co-exist peacefully with the wildlife. 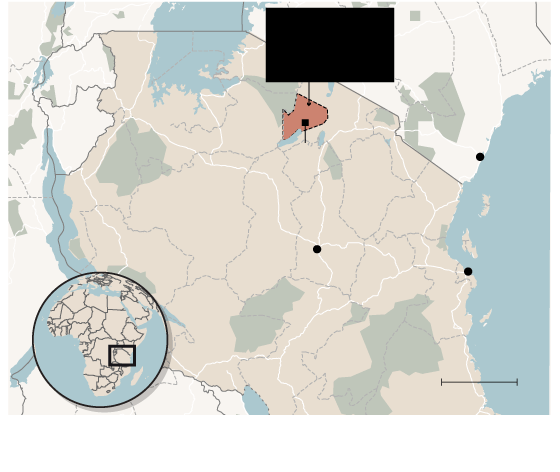 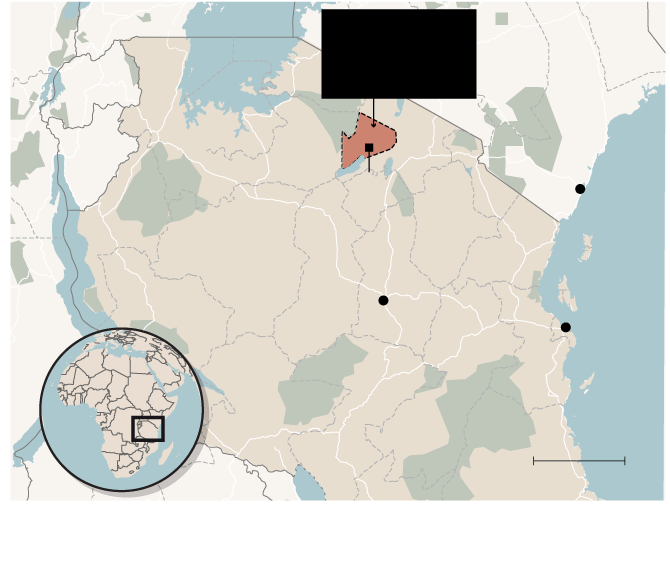 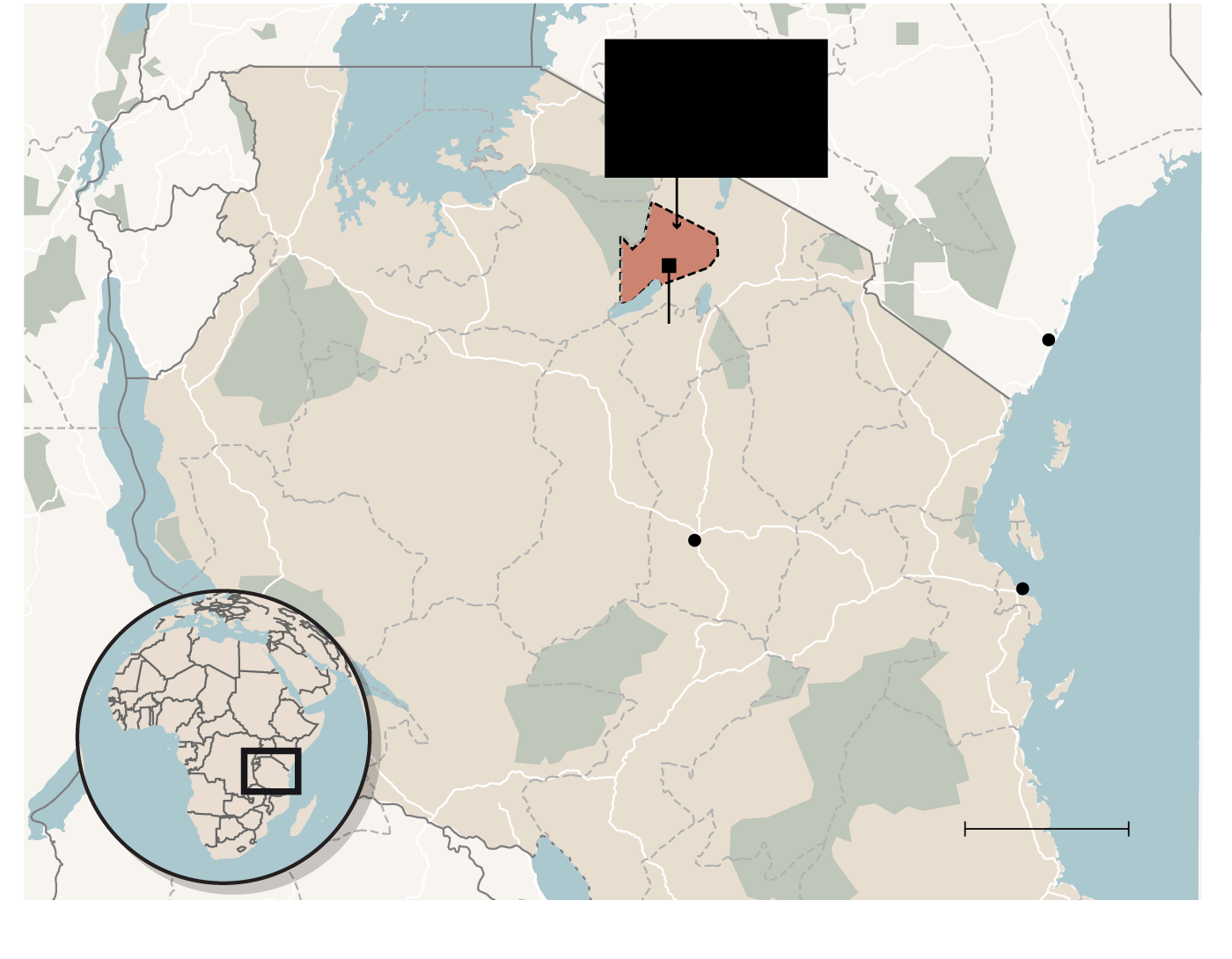 In recent years, the government has imposed restrictions on the Maasai, banning crop cultivation and limiting their access to nutrient-rich grazing lands and rivers. As a result, their cattle suffer from vitamin and mineral deficiencies, increasing their mortality rates and causing malnutrition among Maasai children, according to Shometi Ole Maijei, a Maasai doctor from the area.

In 1958, many of the Maasai agreed to vacate the neighbouring Serengeti area – a major tourist attraction with vast wildlife herds – and move to Ngorongoro, where many Maasai were already living. The area was designated multiple-use land, but now the government says it needs to review that designation – possibly paving the way for the eviction of as many as 80,000 Maasai pastoralists.

The Maasai have mobilized with protests this year to draw attention to their plight and denounce the government’s restrictions. They have also used court challenges and online petitions to fight the eviction threat. “We have nowhere to go,” said Pakaay Olonyokie, a Maasai elder, at one of the protests. “Ngorongoro is our homeland.”

The protests have sparked a police crackdown. Matthew Siloma, one of the activists, was arrested on March 23 after he spoke at a protest in Loliondo, near Ngorongoro. He was released after two days without charges being filed.

But the protests have continued. “We do not pose a threat to the wildlife,” said Julias Moses Oleshangai, another activist. “We are not against conservation.”

Official harassment of the Maasai has been common for years. In 2017, about 200 of their homesteads were burned down in a violent eviction campaign involving wildlife rangers and police in Loliondo. Thousands lost their homes or livestock. Others faced threats and fines.

Last year, the government ordered the destruction of private homes, schools and other properties in Ngorongoro. But after widespread protests, it withdrew the order.

In another incident, eight Maasai men were beaten by wildlife rangers while they were herding. When no one was prosecuted for the attack, the communities rioted.

During a devastating drought in 2017, the Maasai in Ngorongoro lost as much as 70 per cent of their livestock. Since then, few have been able to acquire new cattle, leaving many impoverished.

The government, however, has claimed that their livestock population has grown rapidly and now exceeds a million animals. It has complained that the Maasai are using the conservation area as grazing land.

In response to reports of hunger and malnutrition, the government has provided limited amounts of food aid to the Maasai and mineral-rich salt licks for their cattle. But according to Dr. Maijei, the aid often amounts to just 20 kilograms of maize per household every three months – not enough to support a family for a week.

Many activists say the government is trying to create harsh living conditions for them so they will abandon the conservation area. For the Maasai, cattle are the traditional form of capital accumulation, but subsistence farming of maize, beans and potatoes on land near their homes is also important for many families. The government has outlawed the cultivation of crops, citing conservation concerns.

The government has also restricted the construction of new houses in Maasai communities, leaving many in deteriorating homes that they cannot improve. Most have no running water, forcing them to use water from dam reservoirs and rivers.

“People from the rest of the world come here to build luxurious hotels,” Mr. Olonyokie said. “But we are denied basic social services.”

The Maasai allege they are facing a deliberate campaign by officials and media to dehumanize them in order to justify their eviction. Some media have called them “uncivilized” or falsely claimed that the Maasai do not bury their dead and leave them for wild animals to scavenge.

The government has said the Maasai have voluntarily agreed to relocate away from the conservation area. Maasai activists deny this. “This is not a voluntary eviction at all,” Mr. Olonyokie said.

Many argue the harassment has nothing to do with conservation. They point to the growing political links between Tanzania and the United Arab Emirates, as well as government statements about hotel plans for the conservation area. Members of the UAE’s royalty have been going on hunting excursions in Tanzania for years, and their hunting fees are a major source of revenue for the government.

“Tanzania really needs to rethink its conservation policies and practice,” said Teklehaymanot Weldemichel, a researcher specializing in environmental justice. He said the country’s policies are still influenced by colonialism.

Critics have said Tanzania’s natural resource policies seek to maximize profits rather than protect the environment. Some of its biggest parks have been threatened by road construction, hydroelectric projects and gold mining.

At world-famous Mount Kilimanjaro, the highest mountain in Africa, officials have proposed the construction of a cable car to boost the number of visitors. Environmentalists and local guides have objected to the scheme, fearing it could damage the mountain’s fragile ecosystem and reduce the number of hikers.