Opposition supporters cheered and celebrated in the streets of Malawi after a historic court ruling that nullified the country’s latest election, the second African election to be overturned by the courts in the past three years.

Analysts praised the court judgment as a crucial sign that democracy remains alive on a continent where many authoritarian regimes have clung to power for decades.

In a 500-page judgment that took nearly 10 hours to read, Malawi’s Constitutional Court annulled the May, 2019, presidential election that had declared Peter Mutharika as the winner with 38.6 per cent of the vote. He finished narrowly ahead of Opposition party leader Lazarus Chakwera with 35.4 per cent.

The court ruling, broadcast nationally by radio to a country gripped by the decision, said the election must be overturned because of a lengthy list of irregularities, including the frequent use of a white-out correction fluid, known as Tipp-Ex, to blot out or alter the official tabulation of votes.

The irregularities were “so widespread, systematic and grave” that the integrity of the voting results was “seriously compromised” and could not be trusted, the court said.

Last year’s election had sparked months of frequent protests by demonstrators in the country’s streets, and the opposition parties went to court to fight the official results.

In a unanimous decision on Monday by a panel of five judges in the capital, Lilongwe, the court ordered a fresh election to be held within the next five months.

It was the first election to be overturned in the history of the southern African country since it gained independence from Britain in 1964.

In a similar ruling in 2017, a court in Kenya ordered a new vote after nullifying the Kenyan election because of illegalities and irregularities. The opposition boycotted the second election, leaving the results tainted and disputed.

In the Malawi situation, however, analysts are more optimistic that the fresh election could produce a fairer result.

Nic Cheeseman, a professor at the University of Birmingham in Britain who has written several books on African elections, said the Malawi court ruling was a “breakthrough.”

He noted that the Malawi court and the Kenyan court in 2017 had both set a higher democratic standard than the foreign election observers who had monitored the voting. The foreign observers had largely endorsed the official results in both countries.

“Two courts in Africa have now set tougher standards for elections than international election observers, setting the precedent that procedure is as important as the number of votes,” Mr. Cheeseman said on Twitter.

“Dubious elections are getting more scrutiny than ever before, and a lot of things are going to have to change – and not just in Malawi.”

While it is not a “magic bullet” against election rigging, it “raises the cost of rigging,” he said on Twitter. “And that’s a good thing.”

With emotions running high, there had been fears that the court ruling could trigger more of the violence that had occasionally erupted during the protests against the election results. The judges were flown into Lilongwe in a military airplane and then driven to the court building in an armoured vehicle.

There was a heavy presence by security forces in the streets, and an army helicopter hovered overhead during part of the day as the judgment was read.

Last month, a businessman was arrested for allegedly offering bribes to the judges in an attempt to persuade them to support the official election results. 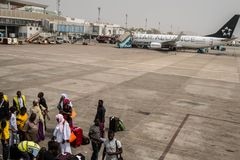 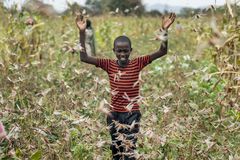 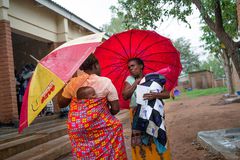