The Canadian mission to Mali: A quick visual guide

The Canadian mission: What we know so far

Who and what we’re sending: Canada is deploying two Chinook transport helicopters and four Griffon escort helicopters to Mali through the Aviation Task Force. As many as 250 Canadians are going to crew and maintain the helicopters or work as support troops or medical staff.

When we’re going: Prime Minister Justin Trudeau’s government has committed to 12 months in Mali. A 12-person advance team arrived in June to lay the groundwork for a late summer deployment date.

What we won’t be doing: The government has said Canadians won’t be patrolling dangerous areas on the ground. But opposition parties have voiced questions about what the rules of engagement will be and how likely it is Canadians will stay out of active war zones.

Mali at a glance 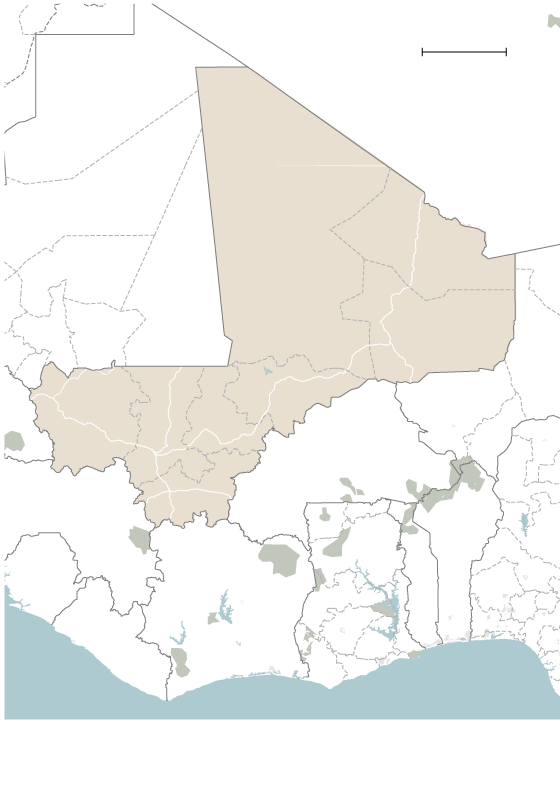 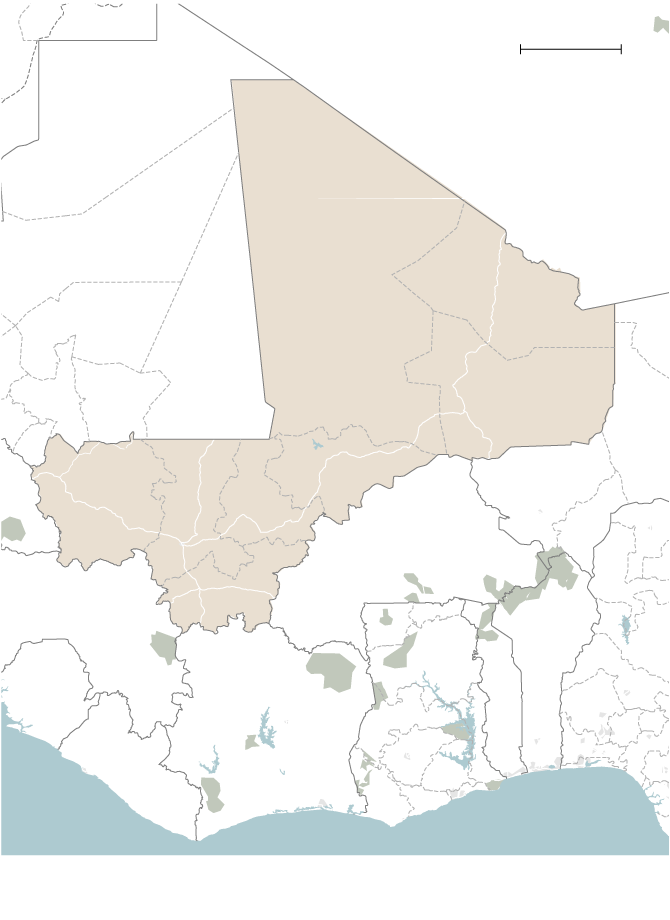 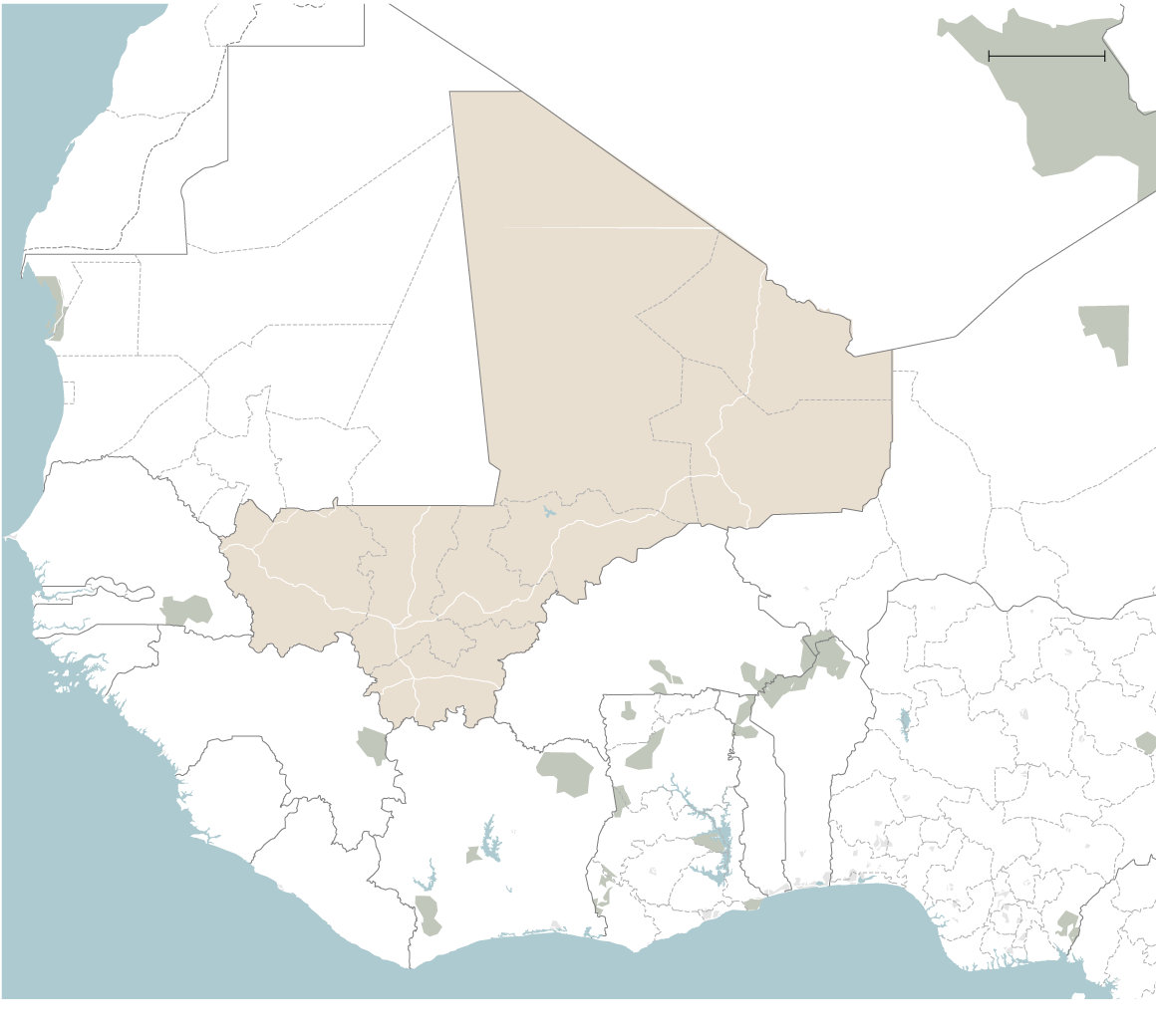 How things got so bad in Mali

Fragile democracy: Mali, a former French colony that won independence in 1960, is one of the poorest nations on the planet. After decades struggling with drought, famine and military dictatorship, it held its first democratic elections in the 1990s and was soon hailed as a model of African democracy and stability. But among the Tuareg, a nomadic people in northern Mali and neighbouring Niger, resentment began to build as they felt excluded from the rest of the country. Secessionists staged two rebellions in the 1990s and 2000s, trained and aided by Islamist militias and pro-Gadhafi forces in Libya.

War in the north: Moammar Gadhafi’s downfall in 2011, the result of an Arab Spring uprising, was a boon for the Islamists and Tuareg rebels as the dictator’s fighters and their weapons scattered across the continent. Armed and emboldened Tuareg rebels seized power in northern Mali in early 2012, unilaterally declaring it to be an independent country called Azawad. At the same time, Mali’s unpopular central government was overthrown by a military junta. Jihadist forces exploited the chaos to tighten their grip on the north and impose their own harsh interpretation of sharia law in the region. By January, the rebels were moving south in the hopes of seizing control of the rest of Mali, and came within striking distance of the capital, Bamako.

France enters the fray: African forces were slow to deploy and restore order in Mali, and in January, 2013, France decided it wouldn’t wait to intervene in its former colony. French troops and air strikes drove the rebels back and brought the north back under Malian control, though peace agreements gave the Tuareg more autonomy in the region.

UN mission begins: During the northern Mali conflict, the United Nations set up a peacekeeping force in the country, MINUSMA. It’s been a dangerous mission: While Mali has officially returned to democracy, the country is still dysfunctional and under constant threat from insurgents. Since 2013, about 170 peacekeepers have been killed in Mali.

A Malian who’s who

Mali and Canada’s shrinking place in the world

In global terms, the Canada that will send forces to Mali is not the peacekeeping nation it was in decades past: In fact, it has fewer peacekeepers than at any point since the 1950s. According to UN figures, Canada had 43 peacekeepers at the end of December, 2017, down from 62 a month earlier.

Sending a force of 250 people to Mali would bring Canada back to the numbers from before the UN-skeptical administration of Mr. Trudeau’s predecessor, Stephen Harper, but it would not be as many peacekeepers as Canada had in the 1990s, when Canadian forces last intervened in Africa on the UN’s behalf. For Mr. Trudeau, it is a step toward meeting previous pledges that Canada will send up to 600 troops and 150 police officers on UN missions over the next decade.

In terms of foreign aid, Canada isn’t what it used to be either. Spending on overseas development assistance has been in steep decline since the mid-1990s, and Canada is below the Organization for Economic Co-operation and Development’s average. February’s federal budget included an additional $2-billion in foreign aid over five years, which would still leave Canada behind the pack in OECD spending.

When it comes to Mali specifically, Canada was the second-biggest donor of bilateral aid to the country in 2016-17, though the lion’s share of Canadian humanitarian aid in that year went to Syria and countries affected by its civil war and refugee crisis.

Mali will be Canada’s first major foray into UN peacekeeping in Africa since the 1990s, when two missions to the continent shook confidence in the effectiveness of Canadian foreign intervention.

In 1992, the Mulroney government committed Canada to a UN operation in Somalia, which was then recovering from a civil war. In March, 1993, members of the Canadian Airborne Regiment shot and killed an unarmed Somali man, Ahmed Arush, when he was caught in an ambush designed to prevent looting; two weeks later, the regiment captured a Somali teenager who snuck into their compound, Shidane Arone, and beat him to death.

Public outcry in Canada led to the disbanding of the regiment, and a government inquiry blamed top military officials for a conspiracy to cover up the deaths.

In 1993, UN forces arrived in this small central African nation to keep the peace between two ethnic groups, the majority Hutus and minority Tutsis. The conflict escalated into genocide over 100 days in 1994, when Hutu militias killed between 500,000 and 800,000 people in a planned campaign to slaughter Tutsis and government opponents. The UN mission’s Canadian commander, Roméo Dallaire, disobeyed Security Council orders to withdraw all but a token peacekeeping force, convincing a volunteer force of mostly Ghanaians and Tunisians to stay.

The UN mission ended in 1996, widely considered a failure. Mr. Dallaire, traumatized by his experiences, became an outspoken critic of the UN mission and other failures to prevent genocide around the world.

The Mali mission will be a big test for some of Mr. Trudeau’s broader foreign-policy goals. Here are some of the major issues at play.

Feminist foreign policy: Last summer, the Trudeau government made a big foreign-policy shift to support gender equality around the world, in what it deemed “Canada’s first feminist foreign international assistance policy.” One of the stated goals was to get women more involved in peacebuilding and reconstruction efforts, so it seems likely the Mali mission will include more women than previous UN efforts. Increasing female participation will be a relatively low bar to clear: Of the five biggest UN peacekeeping missions, women account for less than 4 per cent of troops, though participation is higher among police deployments. Over all, only about 15 per cent of Canadian military personnel are women.

“Canada is back”: Getting Canada a temporary seat on the UN Security Council has been a goal of Mr. Trudeau’s since 2015, when he famously declared “Canada is back” after the Harper administration’s retreat from UN participation. Canada hasn’t been a council member since 2000, and the Harper government pulled Canada out of contention for a seat in 2010. Entering the fray in Mali – a conflict Mr. Harper refused to get involved with in 2013, except by sending a transport plane to help the French-run combat mission there – is seen by Mr. Trudeau’s Conservative critics as a scheme to curry favour with the United Nations.