Maltese Prime Minister Joseph Muscat is set to resign as the case of murdered journalist Daphne Caruana Galizia inflicts grievous damage on the government’s top ranks, according to reports.

The Times of Malta and other local media reported on Friday afternoon that Mr. Muscat had told the President of Malta, George Vella, that he intends to step down, paving the way for a leadership contest.

His resignation would come as a surprise because he had given every indication that he would stay on even as the police investigation focused on the prime minister’s office in recent days. But some of the 22 cabinet ministers reportedly asked for his resignation during a seven-hour cabinet meeting that did not end until early Friday morning.

On Friday evening, as another mass anti-Muscat rally filled the streets of Valletta, the capital, the government in a statement said that media reports of a split in cabinet were a “total invention.”

Earlier in the week, his chief of staff, Keith Schembri, and two cabinet ministers stepped down. Mr. Schembri was arrested and detained by police, but was released on Thursday night without being charged.

Mr. Muscat, 45, has been prime minister and leader of the Labour Party since he won a commanding majority in the 2013 election. Since October, 2017, when Ms. Caruana Galizia was murdered in a car-bomb explosion, he and several of his closest associates and cabinet members have faced accusations of corruption, conflict of interest and stalling the delivery of justice in the case of the slain journalist.

Ms. Caruana Galizia had devoted her career to exposing wrongdoing at the highest levels of government and made a lot of enemies. Unknown assailants tried twice to set fire to her house in rural Malta.

In 2016, she used the Panama Papers leak to reveal that Mr. Schembri, one of Mr. Muscat’s closest friends, and then-energy minister Konrad Mizzi had become the beneficiaries of secret Panama-registered companies. Mr. Mizzi resigned as tourism minister early this week. Chris Cardona, the economy minister, also stepped down.

Opposition MPs and the sons and sisters of Ms. Caruana Galizia had been calling for Mr. Muscat’s resignation and protesters have demanded his ouster all week. They were angered by the release of Mr. Schembri, who was named by Yorgen Fenech, one of Malta’s wealthiest businessmen, as the alleged mastermind of the journalist’s assassination.

Mr. Fenech was arrested on Nov. 20 as his yacht was trying to leave Maltese waters. Early on Friday, Mr. Muscat revealed that Mr. Fenech’s request for a pardon had been denied. Mr. Fenech was in court on Friday afternoon, where his lawyers asked that the chief investigator in the murder case, Keith Arnaud, be replaced, arguing that he was compromised.

When Mr. Fenech emerged, he was mobbed by reporters and protesters, some of whom shouted “Mafia” and “murderer” as he was chased through Valletta’s narrow streets. “I fear for my life,” he told the reporters. “I’m ready to go all the way for justice to prevail and the truth to come out.”

Earlier, Mr. Muscat released a statement suggesting he was being blackmailed into offering Mr. Fenech a pardon in exchange for information on Ms. Caruana Galizia’s murder.

Ms. Caruana Galizia’s family had opposed a presidential pardon for Mr. Fenech and expressed dismay that Mr. Schembri was released without charge.

Mr. Schembri has denied all accusations of a role in the journalist’s murder.

Anti-government protests were planned throughout the weekend, organized by civil society groups who are furious that the journalist’s murder has gone unpunished for more than two years, and allege that political interference and conflicts of interest marred the integrity of the investigation. The Labour Party’s media, known as One, said a rally in support of Mr. Muscat that had been scheduled for Sunday has been cancelled.

In a tweet, Simon Busuttil, the Nationalist Party MP who was leader of the opposition until he lost in a 2017 election, said: “The immediate departure of [Joseph Muscat] is both inevitable and imperative for our country to start a desperately needed cleaning-up and healing process after 6½ years of lies, corruption and an assassination that killed one of us.”

In a message to The Globe and Mail late on Friday, Mr. Busuttil said he did not know when Mr. Muscat might formally announce his resignation. “I don’t trust him. So it’s not over until it’s over,” he said.

Sven Giegold, a German member of European Parliament, said on Friday that “Joseph Muscat’s resignation was long overdue. But his resignation must not be a substitute for a comprehensive investigation into the murder of Daphne Caruana Galizia. Financial crime and corruption on the island must end. Those responsible must be identified and convicted.”​ 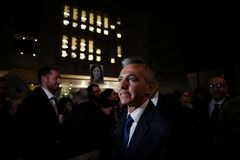