President Michel Aoun said on Tuesday Lebanon faced a catastrophe if protesters did not go home, igniting a new wave of demonstrations during which a protester was shot and killed after an altercation with Lebanese soldiers near Beirut.

The shooting in Khaldeh south of Beirut was the first of its kind in nearly four weeks of nationwide protests against Lebanon’s ruling elite, escalating tensions in a country mired in deep political and economic crisis.

The man who was killed was a member of the political party led by Druze leader Walid Jumblatt, a civil war adversary of Aoun. Jumblatt urged his supporters to remain calm during a visit to the hospital where the man had been taken.

In a statement, the army said a soldier had opened fire to disperse protesters who were blocking a road in Khaldeh, wounding one person. The soldier was detained and the incident was under investigation.

Tensions flared in Beirut late into the night. In the Cola district near Beirut, dozens of men pelted stones at soldiers and a tank.

Already grappling with the worst economic crisis since the 1975-90 civil war, Lebanon has been plunged deeper into turmoil since the protests erupted on Oct. 17.

In a prime time televised interview, Aoun indicated there was no breakthrough in talks over forming a new government to replace Saad al-Hariri’s coalition cabinet. Hariri, who quit on Oct. 29, was hesitant about being prime minister again, he said.

Aoun also said a purely technocratic government, as demanded by many protesters, would not be able to govern Lebanon and so it should include politicians.

Addressing protesters in his interview, he said, “If you continue in this way, you will strike Lebanon and your interests.”

“We are working day and night to get the situation in order. If they keep going, there is a catastrophe. If they stop, there is still room for (us) to fix things,” he said.

As Aoun’s interview was ending, protesters blocked several main roads across Lebanon, some with burning tyres.

Linda Boulos Mikari, protesting on a road north of Beirut, said Aoun’s interview had brought her back onto the street.

“We are tired of the authorities always (acting) as if we are doing nothing. The president goes live and talks to us as if we are children, ‘go home’. Respect us a little,” she said.

Commercial banks, seeking to avoid capital flight, have been imposing tight restrictions on financial transfers out of Lebanon and U.S. dollar withdrawals.

Banks, which were closed for half of October during the protests, shut their doors again on Tuesday in strike action by bank employees who are concerned about security risks posed by depositors demanding their money and protesters.

The strike will continue on Wednesday.

Aoun called on the Lebanese not to rush to the banks, saying their money was safe.

The United Nations urged Lebanon to form a competent new government better able to seek international aid and warned the country was in a critical financial and economic situation.

Hariri, who is aligned with Western and Gulf Arab states, wants to be prime minister of a technocratic cabinet that he believes would be better placed to secure urgently needed international financial support, political sources have said.

But the heavily armed group Hezbollah and its ally Amal believe Hariri aims mainly to keep Hezbollah out of government, a senior source familiar with the two Shi’ite groups’ view said on Sunday.

The Iran-backed Hezbollah is classified as a terrorist group by the United States. On Monday, its leader said talks were continuing over the new government and Hezbollah wanted to leave open the way for an agreement.

Aoun, a political ally of Hezbollah, said he was awaiting answers before calling formal consultations with MPs to designate the next prime minister.

“A technocrat government cannot define the policy of the country ... and I back forming a government that is half political and half technocrat,” Aoun said. “I met Hariri and I found him hesitant between yes and no.”

Asked if a cabinet headed by a prime minister other than Hariri and which includes Hezbollah would receive foreign support, Aoun said: “This is an issue that can also be solved.”

“I will not give you the solution while I am here on television.” 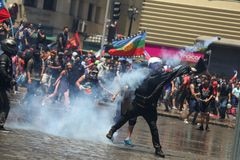 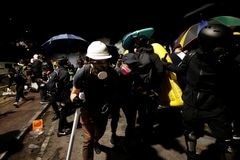