Bank of England Governor Mark Carney will lead a push by the United Nations to make the financial sector take full account of the risks posed by climate change, UN Secretary-General Antonio Guterres said on Sunday.

Mr. Carney, a Canadian who headed the Bank of Canada from 2008 to 2013, has been named a UN special envoy for climate action and finance leading up to a global climate summit in Glasgow, Scotland, next November. He will join the UN following his departure from the Bank of England, which is expected on Jan. 31.

In his new role, Mr. Carney will focus on “significantly shifting public and private finance markets and mobilizing private finance” to help achieve the goal of the Paris Agreement to cap global warming at 1.5 degrees above preindustrial levels, the UN said in a release on Sunday.

Part of his task will also include building new frameworks to guide financial reporting and risk management to bring the impacts of climate change “to the mainstream of private financial decision-making.”

In a statement on Sunday, Mr. Carney said climate risk disclosures must become comprehensive, climate risk management must be transformed, “and investing for a net-zero world must go mainstream.”

He said his new role “provides a platform to bring the risks from climate change and the opportunities from the transition to a net-zero economy into the heart of financial decision-making.”

He added that the Bank of England and the British financial sector can play leading roles in making the changes happen.

Mr. Guterres told a news conference before a UN climate summit in Madrid beginning on Monday that Mr. Carney was “a remarkable pioneer in pushing the financial sector to work on climate.”

Mr. Carney first spoke of the risks climate change poses to finance in 2015 and since then has urged better risk management, supervision and disclosure.

He has spoken of “stranded assets” – deposits of coal, oil and gas that might lose their value if the world shifts away from carbon – and decried a lack of transparency about the effect on global warming of trillions of dollars of potential investments.

The 54-year-old has spent nearly seven years at the head of the Bank of England, and previously worked for Goldman Sachs before joining Canada’s Finance Department and later serving as governor of the Bank of Canada.

About 70 countries have promised to go “net zero" – offsetting their greenhouse gas emissions with measures such as carbon capture or planting trees – by 2050.

In announcing Mr. Carney’s appointment, the UN said the world is far off-track to meet the Paris Agreement goals, which set out to limit global temperature increases to well below two degrees above preindustrial levels, while pursuing efforts to limit the increase to 1.5 degrees.

If current policies are continued, the UN release said, temperatures can be expected to rise by 3.4 degrees to 3.9 degrees this century, which would bring “wide-ranging and destructive climate impacts for humankind and natural ecosystems.”

“We need unprecedented climate action on a global scale,” the release said. “And public and private financial systems must be transformed to provide the necessary finance to transition to low-emission and resilient systems and sectors.”

But the new head of the European Central Bank, Christine Lagarde, has promised to discuss sustainability considerations in an impending strategic review.

The Bank of England said Mr. Carney will earn US$1 a year in his new role, nearly US$1.15-million less than his annual package at the British central bank.

Mr. Carney was originally due to leave the Bank of England in 2018 but stayed on to help steer Britain’s economy through the Brexit transition. His successor has not yet been named and Mr. Carney has signalled he would extend his stay beyond Jan. 31 – the date the United Kingdom is due to leave the EU – if necessary.

Mr. Carney had been seen as a contender to lead the International Monetary Fund, but the job went instead to Kristalina Georgieva, former World Bank chief executive. 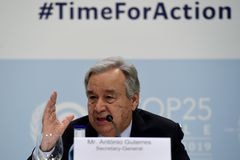 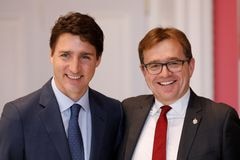 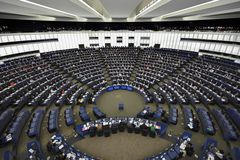