Mark Carney has indicated he’s prepared to stay on as governor of the Bank of England to help manage Britain's departure from the European Union, a process that’s looking ever more difficult as the government’s Brexit strategy unravels.

Mr. Carney’s tenure as governor has been an issue ever since he left the Bank of Canada in 2013 to take up the post. At first, he said he would only serve for five years, rejecting the British government’s request for an eight-year term. He added another year to his stay in 2016 after Britain voted to leave the EU, bumping his departure date to June, 2019. However, there has been growing speculation in recent days that the Chancellor of the Exchequer, Philip Hammond, wanted Mr. Carney to stick around a bit longer. On Tuesday, the governor confirmed that he’d been approached and that he was open to the idea.

“I fully recognize that during this critical period it’s important that everyone does everything they can to help with the transition of exiting the European Union,” he told the House of Commons Treasury committee. "Even though I have already agreed to extend my time to support a smooth Brexit, I am willing to do whatever else I can in order to promote both a smooth Brexit and an effective transition at the Bank of England.” He declined to say how long he might remain and added; “I would expect an announcement to be made in due course."

The prospect of Mr. Carney remaining as governor comes at a crucial moment for the British government, which is scrambling to salvage its Brexit strategy and prepare for what could be a painful exit from the EU. With just seven months to go before Britain officially leaves next March, the government has yet to negotiate an agreement with the EU governing future relations or trade. And there are indications Prime Minister Theresa May’s Conservatives are bitterly divided over her handling of Brexit, with several reportedly plotting to replace her as leader.

The EU accounts for about 40 per cent of British trade, and British businesses have been wary of the country leaving without a trade deal. Ms. May has proposed that Britain remain in a customs arrangement with the EU, which would allow for the free movement of goods. Her plan, known as Chequers, because it was hatched during a cabinet meeting at the Prime Minister’s country retreat, has been bitterly opposed by dozens of Conservative MPs, including former foreign secretary Boris Johnson. In a newspaper article this week, he slammed the idea, saying it would be the equivalent of going “into battle with the white flag fluttering over our leading tank” and that the country would get “diddly-squat.” Mr. Johnson is considered a leadership rival to Ms. May, and he has the backing of a group of hard-Brexit MPs who want the country to completely break with the EU and negotiate a trade agreement similar to the Canada-EU deal.

Ms. May has also lost the support of many soft-Brexit MPs who want Britain to remain in the EU’s trading bloc. They also believe her plan is unworkable, and many suggest Britain should follow the example of Norway and other countries that are part of the EU’s single market without being EU members. "Chequers is now dead,” former cabinet minister Justine Greening said this week. The Prime Minister has vowed to press ahead with her plan, and her officials have slammed Mr. Johnson as not having any serious proposals. And on Tuesday, Dominic Raab, the minister responsible for Brexit, said he was confident that “a deal is within our grasp.”

Mr. Carney has been caught up in the debate as well, and his decision to stay on at the Bank of England will not be welcomed at all. Many Tory MPs resent what they believe has been Mr. Carney’s over-pessimistic outlook on Brexit, and some Tories blame him for trying to scare people about the dire economic consequences of leaving the EU. During Tuesday’s committee hearing, Tory MP Charlie Elphicke, a hard-Brexit backer, challenged Mr. Carney’s previous comments and projections that a hard Brexit would mean price increases, lower incomes and a drop in the value of sterling. Mr. Carney defended his comments, noting that the economy has slowed since the 2016 Brexit referendum. He also said most people still expected Britain and the EU to reach a deal that would be positive for the economy. “That is the core expectation,” he said.

Many economists welcomed the decision to keep Mr. Carney as governor. Mr. Carney “hasn’t always been universally popular, but appointing him as temporary caretaker through this period of transition does make sense,” said Anthony Gillham, head of investments at London-based wealth management firm Quilter Investors. However, Andrew Sentence, a British economist and former member of the bank’s rate-setting monetary policy committee, deplored the speculation about Mr. Carney’s future. “This unprofessional approach to a very senior position in the U.K. policy establishment is undermining the credibility and independence of the Bank of England," he said on Twitter. 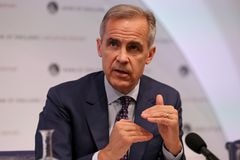 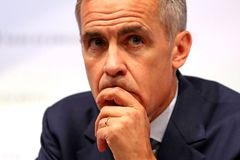 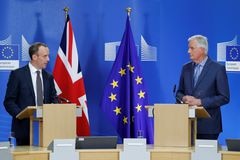