Over almost two months this year, the military and police of Myanmar carried out a history-making drug raid in the conflict-ridden northern stretches of the country. Now the United Nations Office on Drugs and Crime is warning that what they found – a large and unexpected trove of a liquid form of fentanyl – should prompt Western governments to reconsider their strategies to combat an influx of synthetic opioids responsible for killing more than 2,000 Canadians in the first nine months of last year alone.

Between Feb. 20 and April 9, authorities in Myanmar raided four drug manufacturing laboratories and staging areas in the Kutkai region of Shan state, an area under the control of an armed group called the Kaung Kha militia.

Officers arrested 33 and seized vast quantities of drugs, including 18 tons of methamphetamine, almost a ton of heroin and opium and 3,748.5 litres of methyl fentanyl. Together the seizures amount to the biggest confiscation of synthetic drugs “in the history of East and Southeast Asia,” the UNODC said in a statement.

The amount of methyl fentanyl seized is “enormous” and should ”rapidly shift the focus of Canada toward different parts of Asia, outside of the traditional areas,” said Jeremy Douglas, a Canadian who leads the UNODC in Southeast Asia.

“No one usually cares about the Golden Triangle back in Canada,” he said. But the new revelations about the fentanyl in Myanmar means countries such as Canada are ”going to have to engage new governments” on drug trafficking, particularly synthetic opioids. “Because the issue is this stuff is mobile. You can shift the production.”

For years, China and Mexico have been the main focus of Western governments seeking to block imports of fentanyl, whose extreme potency has caused an epidemic of overdoses. Depending on the specific formulation, methyl fentanyl can be between 16 times more potent and 120 times less potent than standard fentanyl, according to the European Monitoring Centre for Drugs and Drug Addiction.

It’s unclear where the seized methyl fentanyl was made. It wasn’t found with any precursor chemicals, and Kutkai is within 50 kilometres of the border with China. But Kutkai is also located in a region known to be used by foreign chemists working for Sam Gor, a major Asian crime syndicate whose leader, Tse Chi Lop, is a Canadian drug kingpin likened to El Chapo and Pablo Escobar. Other synthetic drugs, including ketamine and methamphetamine, have been made in the Kutkai area and trafficked across the region by Sam Gor.

The group is believed to have moved some of its methamphetamine manufacturing capacity into Myanmar after China, in response to global pressure, began to crack down more heavily on illegal drug labs inside its borders.

If Sam Gor is now producing fentanyl in Myanmar, and with “this volume, then that would be incredibly worrying, because that would mean it’s not just transshipment – it’s a production point,” Mr. Douglas said.

Experts in the illicit drug trade have long predicted that the manufacture of synthetic drugs would spread, as such substances require no agriculture, tend to be more profitable and, given their potency, can be simpler to smuggle.

In Myanmar, authorities raised the issue of a shifting drug trade. The country is “responding to the growing challenge of synthetic drugs facing this country and the region, and we hope our neighbours will take note and work with us and do the same,” Colonel Zaw Lin, head of law enforcement with the Myanmar Central Committee for Drug Abuse Control, said in a statement Monday.

The discovery of methyl fentanyl in Myanmar was such a surprise that the UNODC asked the country’s officials to test it three times. The methodology Myanmar used is “good technology – so it’s accurate,” Mr. Douglas said.

The discovery also suggests Asian drug syndicates have been able to adjust to transportation disruptions caused by the coronavirus pandemic. Wuhan, the epicentre of the virus, was a major supplier of fentanyl before the entire city was locked down for almost three months. In Mexico, too, the manufacture of narcotics has been interrupted by difficulties in the movement of precursor chemicals, drug enforcement officials have said.

For them, the pandemic presents an opportunity.

“They could essentially take over market share from the others that can’t produce,” he said.

Ottawa seeks information from suppliers on availability of fentanyl as demand increases
May 13, 2020 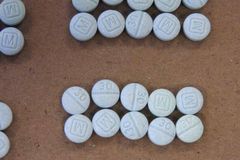 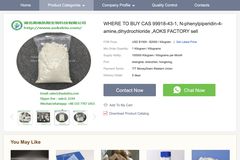