Leaders from both sides of the U.S.-Mexico border told thousands of people gathered in a baseball stadium in El Paso Wednesday that love will triumph over hatred in the wake of a mass shooting by a man who authorities believe targeted Mexicans at a Walmart store in the Texas border city.

People lined up hours before the memorial and packed the stadium in downtown El Paso that could hold about 8,000.

Nine circles and 22 stars formed by luminaries – traditional lanterns made from paper bags, sand, and LED lights – adorned the field in honour of the nine people killed in the Dayton, Ohio, mass shooting and the 22 El Paso shooting victims.

The ceremony at Southwest University Park officially commemorated those killed in the largely Latino city by a gunman who police say confessed to driving from the Dallas area. Most of the dead had Hispanic last names, and eight were Mexican nationals. Nearly two dozen others were injured.

“We are a bilingual family,” he said. “We are successful because of our people. There is nowhere in North America like El Paso-Juarez.”

El Paso is just across the border from the Mexican city of Juarez and some of those shot at Walmart were Mexicans who had crossed to El Paso to shop.

Republican Texas Gov. Greg Abbott received a huge applause from the crowd in the predominantly Democratic city when he said that he would “dismantle the purveyors of hate.”

Earlier in the day, Abbott announced that the state would add manpower to gang investigations of white nationalist groups in the wake of the shooting. He also said Texas would create a new domestic terrorism unit to help “root out the extremist ideologies that fuel hatred and violence in our state.”

One section of the stadium was reserved for Walmart employees such as Rosa Fernandez, 65, an El Paso native. Fernandez heard the shots but did not see the shooter.

“I remember the shots outside in the parking lot,” she said in a mix of Spanish and English. “Seeing the people scattered dead on the ground.”

Authorities said Wednesday they have finished processing the scene at Walmart for evidence. El Paso police said they are returning control of the property to Walmart.

Walmart spokeswoman LeMia Jenkins said the store remains a “secure location with controlled access.” She said a fence will remain around the store’s perimeter and that Walmart is using contracted security guards to prevent trespassing. The company did not say when the store would reopen.

Patrick Crusius, 21, is charged with capital murder in the 22 deaths. An online rant investigators have attributed to him speaks of a “Hispanic invasion of Texas” and theories of non-white immigrants replacing whites.

On Wednesday, Mexican President Andres Manuel Lopez Obrador said he wants the United States to extradite Crusius so that he can also be tried in Mexico.

El Paso has long been an important city in Mexican-American culture and immigration. It served as a port of entry where immigrants from the interior of Mexico had to come to gain entry into the United States before World War II and is sometimes called the “Ellis Island” of the border.

The city has garnered attention in the last year because of the rapid rise in the number of Central American migrants coming to seek asylum.

“We are not racist here,” said the Walmart employee, Rosa Fernandez. “We never imagined something like this would happen here in El Paso.”

California has some of the most restrictive gun laws in the U.S., so why haven’t the mass shootings stopped?
August 12, 2019 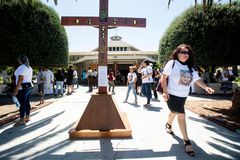 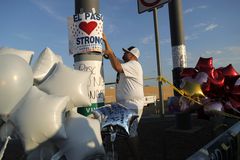 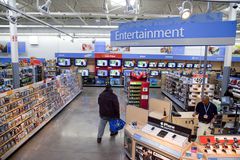