In 1993, many years before Huawei became an international telecommunications giant, a young high-school dropout named Meng Wanzhou started work for the company as a secretary. She typed, planned trade show exhibits and answered the phone.

The daughter of company founder Ren Zhengfei, Ms. Meng would go on to become the chief financial officer and deputy chair of the biggest private company in China, with 180,000 employees.

Now, her arrest in Vancouver and possible extradition to the United States for allegedly violating the American embargo on Iran has made her the subject of international attention, as one of the highest-profile figures caught in the increasingly tense relationship between China and the United States.

Her arrest provoked fury in China, with the government voicing strong opposition to her detention while online commentators called her a martyr for a company that has become a source of national pride. It also raised warnings that Canada can expect to pay a price for arresting her.

Huawei is “the hope and pride of high-tech companies in the hearts of Chinese people,” said Gao Huazhi, chief executive of Jiangsu Tongliang International, which imports Canadian agricultural products. Because the Canadian government has caused her to “lose her freedom,” it will see a “force of resistance unlike any it has ever seen before,” he said.

Ms. Meng’s role in Huawei’s corporate leadership went largely unremarked until recent years. She did not make a public appearance for the company until 2011.

But her family connection and lengthy term of service underscore the foundational role she has played in the leadership of a company that has come to occupy a central place in the debate over Chinese technology in the Western world.

And Ms. Meng, who is 46, has become an important Chinese voice, both on the global stage – appearing on panels next to figures such as Ben Bernanke, the former chairman of the U.S. Federal Reserve – and in giving a positive face to a company whose immense growth has been accompanied by suspicion about the security of its technology.

In a speech to Tsinghua University in 2016, she drew on Einstein, Newton and Nietzsche, calling Huawei a place of great opportunity for young people, with a work environment that has sought to do away with traditional hierarchies.

Ms. Meng moved to the southern Chinese city of Shenzhen with her father after he left the military, where he had worked on communication systems, amid turbulent reforms of the early 1980s. Her mother, whose surname she adopted as a teenager, had already gone to Shenzhen to take a job with a construction and development group.

Ms. Meng quit high school to work at a bank, but only lasted a year before beginning work for her father in the early 1990s, a time of immense change in Shenzhen, a former fishing village that became among the most dynamic centres in China’s radical transformation away from its state-dominated economy.

In the early days of Huawei, founded in 1987, she was one of three company secretaries. (She later went on to obtain a master’s degree.)

It’s not clear what led to Ms. Meng’s involvement with Skycom Tech Co. Ltd., the Hong Kong-based company whose dealings with Iran brought it to the attention of U.S. authorities and whose board Ms. Meng once sat on.

But Ms. Meng played a key role in the internationalization of Huawei, according to her official biography. She led the company’s international accounting department, was chief financial officer of its Hong Kong operations, oversaw the creation of global service centres and was responsible for a partnership with IBM that introduce foreign guidance into the company.

In China, commentators called her a scapegoat of a U.S. bid to block the spread of Huawei’s 5G telecommunications technology.

“He who has a mind to beat his dog will easily find his stick,” Yu Li a former Peking University researcher and popular online commentator wrote Thursday morning.

“The fact that Huawei makes Chinese people feel proud of themselves must have made someone unhappy.” 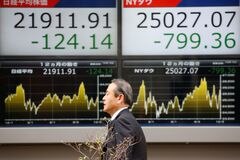 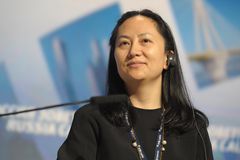