Chancellor Angela Merkel on Thursday accused the far-right Alternative for Germany (AfD) of using violent protests over a fatal stabbing blamed on migrants to stir up ethnic tension.

Far-right groups clashed with police and chased people they deemed to be migrants in the eastern city of Chemnitz on Aug. 26 after police said a Syrian and an Iraqi had been detained as suspects in the killing of a 35-year-old German man.

AfD leader Alexander Gauland had earlier this week urged a “peaceful revolution” against Merkel’s liberal immigration policy and said this required banishing politicians and members of the media who support the “Merkel system”.

Asked about the role of the AfD in the events in Chemnitz, Merkel told the RTL broadcaster: “The AfD is stirring up the mood and this has to be said clearly. I view some of their remarks very critically.”

The protests in Chemnitz have set off a debate about whether politicians are being too complacent in the face of rising xenophobia in a country where many had thought the lessons of Germany’s Nazi history had been learned.

The protests, during which some members of an 800-strong crowd performed the illegal Hitler salute, laid bare the divisions in Germany over Merkel’s decision in 2015 to take in around one million, mostly Muslim asylum seekers.

A survey of 1,002 voters for broadcaster ARD, conducted on Monday and Tuesday and published on Thursday, showed just 27 percent believed the integration of refugees into society had been successful, with 69 percent believing it had gone badly.

Some in Germany blame Merkel’s liberal immigration policy for the rise of the AfD, which entered parliament for the first time in an election last year as the third-largest party.

After the violence in Chemnitz, German politicians urged intelligence agencies to start monitoring the far-right party, some of whose members marched with supporters of the anti-Islam PEGIDA group in the city last weekend to protest the stabbing.

Merkel repeated her position in the RTL interview that only intelligence chiefs can decide whether to monitor the party.

“We first want to deal with the AfD politically,” Merkel said.

The state intelligence agency in Thuringia on Thursday said it would examine whether the AfD’s state chapter was pursuing anti-constitutional goals, a possible step toward putting the group under official surveillance.

Merkel’s immigration policy has also caused a rift within her conservative bloc, which includes her Christian Democrats (CDU) and their Christian Social Union (CSU) Bavarian allies, that almost toppled her coalition government in June.

Interior Minister and CSU leader Horst Seehofer had threatened to pull out of the coalition government over immigration.

In an interview with the Rheinische Post published on Thursday, Seehofer said: “People are annoyed and outraged because of such homicides and I understand that.

“If I had not been a minister, I would have taken to the streets as a citizen, but of course not with the radicals.”

He added: “I understand it when people protest, but this doesn’t make them Nazis.”

Seehofer has taken an increasingly hardline stance on immigration as his party tries to fight off a strong challenge from the AfD in October’s regional election in Bavaria.

Seehofer was rebuked by politicians and Germans on social media for telling CSU members in the eastern state of Brandenburg on Wednesday: “Migration is the mother of all problems.”

Asked what she thought about Seehofer’s remark, Merkel said: “I say it differently. Migration presents us with challenges and here we have problems but also successes.” 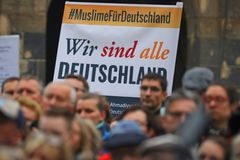 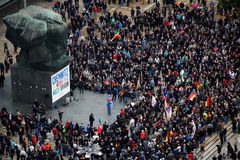 Opinion
Why Germany’s far-right is finding its home in Saxony
August 28, 2018 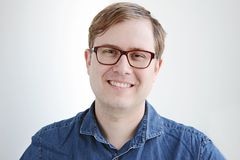