Liesky Gomez fled Cuba, wound his way north through Central America and Mexico and tried to apply for asylum in the United States – only to be sent back to a Mexican border city controlled by drug cartels.

Penniless, he worked odd jobs to make ends meet. He invested his savings into a BBQ, which he used to cook pizzas to be sold on the streets of Reynosa opposite the Rio Grande Valley of Texas. He eventually opened up “Pizza Cubana” in an abandoned A-frame building. It achieved some attention and sales – until the pandemic hit.

Despite his modest success, Mr. Gomez says he has no plans of staying in Mexico and will walk away from his pizzeria once he has the opportunity to enter the United States.

“My future is over there,” said Mr. Gomez, a construction worker and father of four.

Migrants and asylum-seekers such as Mr. Gomez have clung to the hopes the U.S. border would open. They see promise in the administration of President Joe Biden, who has pledged to roll back restrictions on asylum claims and put a friendlier face on U.S. migration policies.

Mr. Gomez languished in Mexico for 18 months as part of a program known as Migrant Protection Protocols (MPP). The scheme, also referred to as Remain in Mexico, forced asylum seekers to wait in dangerous Mexican border towns while their cases were heard in U.S. courts. A survey by Doctors Without Borders found 80 per cent of MPP participants they treated in the cartel stronghold of Nuevo Laredo had suffered violence while in Mexico.

The MPP program kept an estimated 60,000 asylum seekers out of the United States for nearly two years. It was but one of a suite of measures imposed by former president Donald Trump to slow or stymie migrants and asylum seekers. Others included safe third-country agreements with Central American governments, limiting the criteria for claiming asylum, and enforcing health regulations during the pandemic to expedite removals.

Twenty-five MPP participants were relocated to the United States on Feb. 19, though most will have to wait for their cases to be heard “because right now there isn’t much of an asylum system,” said Andrew Selee, president of the Migration Policy Institute, a think tank based in Washington. “If they just gave people a hearing, most people would be rejected.”

Winding down MPP is but one of many immigration challenges for Mr. Biden, whose administration has promoted policies to resolve the cases already pending in the United States, while discouraging migrants to risk arriving at the southern border.

“They want to get to a point where there are legal pathways for people to work in the United States temporarily, there are protection measures at the border, but also closer to where people live. And there is robust, but humane enforcement along the way,” Mr. Selee said. “Those three things are hard to calibrate.”

It’s especially challenging to orchestrate as Central America reels from poor handling of the pandemic – medical journal The Lancet declared COVID-19 in the region a “humanitarian crisis” – and twin hurricanes barrelling into the isthmus in November.

After the storms, two caravans of migrants set out from Honduras. The recent exodus of more than 7,500 travellers was broken up with tear gas by Guatemalan security forces.

“There’s practically no incentive to stay put,” said Ismael Zepeda, economist with the Honduras think tank FOSDEH. “If people had hopes for [2021], they ended up being destroyed and we know as Hondurans that the elections [this year] will slow things even more.”

U.S. authorities detained 78,000 people at the southwestern border in January, the highest monthly tally in 10 years, but that hasn’t dampened a sense of optimism among migrants.

“People in caravans don’t know if Joe Biden will changes things,” said Father Jose Luis Gonzalez, coordinator of the Jesuit Migrant Network, Central America and North America. “But they know it’s an encouraging sign that Donald Trump lost and someone else won. So they’re going to try.”

That spirit was evident at a squalid camp for MPP participants in Matamoros, 85 kilometres east of Reynosa

“We can finally see the little lights at the end of the tunnel,” said Jose Luis Guerra, a Cuban asylum-seeker. “But the joy will come when we’re finally on the other side.”

UN agencies started processing camp residents on Wednesday for entry into the United States, but the U.S. Department of Homeland Security warned anyone arriving in the city that “the administration will enforce existing immigration laws.”

The unofficial camp, which once teemed with 3,000 residents but has dwindled to some 700 people, has come to symbolize the despair and desperation of MPP. Asylum seekers endured infestations of insects and snakes, floods and heat waves and, most recently, sub-zero temperatures that left their tents coated in ice. Camp dwellers were offered other places to live by charities and the local government, but they reportedly chose to stay close to the border, in case it opened suddenly.

Organized crime also infiltrated the camp, according to residents and volunteers. Criminal groups control immigration through northeastern Mexico and would charge $500 for permission to cross the Rio Grande, meting out beatings known as “tablazos” on anyone who made an attempt without paying.

Mexico’s government initially promised to provide MPP participants with work, health care and education. But camp dwellers have mostly depended on the generosity of volunteers – many from the United States – who fixed the camp’s infrastructure (improving sanitation and water access), offered medical attention and served food.

“I’ve had more to eat here than my family back in Cuba [has],” said Mr. Guerra, who fled Cuba for political reasons.

Mexican President Andres Manuel Lopez Obrador has rejected claims his government did little for the MPP participants and said in December, “There have been no violations of their human rights.” No senior Mexican politicians have toured the Matamoros camp (though Jill Biden, now First Lady, helped serve lunch there in December, 2019).

Mexico remains treacherous territory for migrants: Sixteen Guatemalans were identified among the 19 bodies found in a burned-out pickup in the town of Camargo near the U.S. border in late January. A dozen Tamaulipas state police officers were arrested as suspects.

Mr. Lopez Obrador’s administration had begun providing migrants with humanitarian visas – which allowed stays of one year and provided access to health services and education – but abandoned it in the spring of 2019 as the documents were being used to simply transit the country. Mr. Trump persuaded Mexico to go along with the MPP program and later threatened crippling import tariffs if Mexico didn’t stop migration from Central America. This prompted Mr. Lopez Obrador to deploy the newly formed national guard to its border with Guatemala.

“Mexico regrettably doesn’t have much independence in its immigration policy,” said Javier Urbano, an expert in Mexican immigration policy at the Iberoamerican University in Mexico City. “It’s always in alignment with what the United States says or does, like it or not.”

Not everything is expected to change. The governments of Mexico, Guatemala and Honduras previously increased immigration enforcement, including stopping caravans from reaching the U.S. border – and analysts expect this will continue.

“There’s not a turning back from the Trump policies on this,” Mr. Selee said. “You’re going to see all of these countries controlling mass movements of people because it’s popular internally to do that [and] they get points with the U.S. government.” 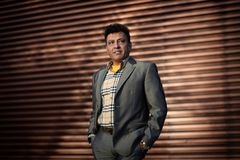 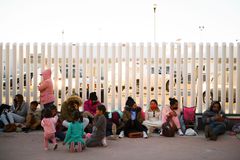 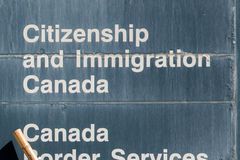