Mexico demanded protections for Mexicans and Mexican-Americans living in the United States and threatened legal action Sunday, a day after the shooting at an El Paso, Texas, Walmart that left Mexican citizens among the dead and wounded.

Mexican authorities want “protection for the affected families,” Foreign Minister Marcelo Ebrard said in a Twitter post. He added that Mexico would take “effective, immediate and blunt legal action” to protect the Mexican-American community and Mexicans in the United States.

Police are investigating whether a virulently anti-immigrant manifesto that appeared online was written by the same man who killed 20 and injured more than two dozen people in Saturday’s attack.

But even before the shooter’s motives are known, for many Mexicans the attack felt like an expression of the tensions simmering between the United States and Mexico over immigration, guns and violence, which are often fuelled by President Donald Trump in divisive invectives that target Mexicans and Central Americans.

“Xenophobic and racist discourse breeds hate crimes,” Martha Bárcena, the Mexican ambassador to the United States, said on Twitter. “Hispanic communities contribute enormously to the American society. We have to work for a respectful and compassionate dialogue between our countries and communities.”

But Mexico’s president, Andrés Manuel López Obrador, like Ebrard, did not comment on the American President’s broadsides against Mexicans and immigrants – avoiding a confrontation with the U.S. president, as he has done since taking office late last year.

López Obrador said he lamented “the events in El Paso.”

Here in Ciudad Juárez just across the border from El Paso, as elsewhere along the border, populations are intertwined: Families live on either side. Children cross back and forth every day for school. Day-trippers head south to seek affordable medical care and north to shop.

The shooting – at a Walmart where Mexicans and Americans were shopping side by side for back-to-school bargains – seemed to strike at the heart of the two nations’ interconnectedness; targeting the easy co-existence has become a little more tense recently, some said.

Many said they feel things have gotten worse.

“There has been a lot of racism over the last few years,” said Graciela Guerra, 37, who was visiting Ciudad Juárez with her mother from another border state.

She said she didn’t know whether this increase was motivated by the president of the United States “sowing hatred,” or by his supporters.

“What could have happened in his life that he hates us so much?” Guerra said of Trump.

Trump has made slowing migration and increasing control over the border priorities of his administration, and has used threats of crippling tariffs and other measures to force López Obrador into acceding to many of his demands.

And yet guns, their availability in the United States, and their illegal transport to Mexico, where the nation is suffering record violence, has seldom come up in their discussions.

Javier Martínez, an engineer who works for a manufacturing plant in Ciudad Juárez, said he goes into El Paso, and to the shopping mall that was attacked, frequently with his wife and two teenage daughters, but will reconsider these trips after the attack.

Mexicans would be safer if relations with the United States were better, he said, adding: “The one who has the most work to do is the U.S. government, with their gun laws.”

Some feared that in the government’s silence, and the public focus on Trump’s rhetoric, the importance of the broader policy debate might be forgotten.

“Look at the issues at stake here – guns, the border, migrants,” said Carlos Bravo Regidor, an analyst in Mexico City. “If our president doesn’t seize the opportunity now to raise the level of discourse with the Trump administration and the U.S., he will never do it.”

El Paso, Dayton victims include a mother who died protecting her baby
August 4, 2019 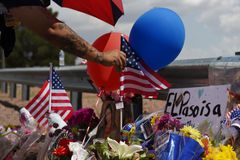 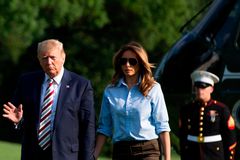 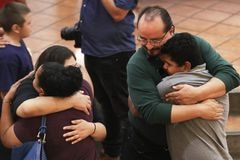