As the United States moved aggressively over the past year to sharply reduce the number of asylum seekers arriving at its southwest border, Mexicans were spared. But now Mexico is expressing its displeasure at U.S. plans to send Mexican asylum seekers some 2,000 miles (3,200 kilometres) south to Guatemala.

Late Monday night, Mexico’s Foreign Affairs ministry said that it disagreed with the U.S. measure and estimated it could affect 900 Mexicans next month.

“The Mexican government, together with state and local authorities, will work to offer better options to Mexicans who could be affected,” the statement said.

Mexico’s mild response could reflect a lack of legal options challenging the measure.

“To date, this government in Mexico has not shown it’s going to play very hardball with the Trump administration,” said Theresa Cardinal Brown, director of immigration and cross-border policy at the Bipartisan Policy Center in Washington.

Mexico could wield diplomatic leverage, perhaps by threatening to pull back on willingness to let asylum-seekers wait in Mexico for court hearings in the U.S., said Brown, a former Department of Homeland Security official.

The U.S. had already substantially reduced the number of asylum seekers arriving at its border last year through a series of measures aimed at making it a less attractive option. They mostly came from Honduras, Guatemala and El Salvador.

The principal measure was the so-called “Remain in Mexico” program that sent non-Mexican asylum seekers back to Mexico to await their asylum cases. The program has been criticized for stranding people already at risk in dangerous border cities with few resources to support themselves for an unknown period of time. More than 55,000 asylum seekers have been sent back to wait in Mexico.

Mexicans were not included in that program because asylum seekers can’t be returned to the country they are fleeing while their cases are pending. If they lose in court they can be sent back. The policy also didn’t include migrants who did not speak Spanish, like those who came from Africa through the U.S.-Mexico border, but that may also be changing, according to U.S. Homeland Security officials.

Through a series of bilateral agreements reached with Guatemala, Honduras and El Salvador last year, the U.S. signalled its intention to send asylum seekers back to those countries under the argument that migrants crossing their territory en route to the U.S. should have requested asylum there first.

The U.S. began sending some non-Guatemalan asylum seekers to Guatemala late last year and could begin to do the same soon in Honduras and El Salvador.

On Dec. 19, Enrique Degenhart, Guatemala’s interior minister, said that because the bilateral agreement with the U.S. was producing such good results, the two countries were discussing expanding it to asylum seekers from other nationalities.

“The explanation that the United States gave us is that because of this implementation the criminal structures changed their modus operandi of taking mostly citizens of the Northern Triangle to (instead) begin operating with Mexican family units,” Degenhart said. “The United States authorities told us that not surprisingly the number of protection applications from Mexican citizens had shot up.”

In recent days, guidance was sent to U.S. asylum officials that said Mexicans would now be included. It is unclear if Guatemala has the capacity to process large numbers of people. Guatemalan officials referred questions to Degenhart’s earlier comments.

Mexicans are easily returned over the border if they are caught crossing illegally and do not claim asylum, unlike other nationalities which undergo a longer more extensive legal process to be returned.

The plan to send Mexican asylum seekers to Guatemala was initially meant for El Paso but would include the Rio Grande Valley in South Texas as well.

“Certain Mexicans seeking humanitarian protections in the United States may now be eligible to be transferred to Guatemala and given the opportunity to seek protection there, under the terms of the Guatemala Asylum Cooperative Agreement,” according to a Homeland Security statement.

Eunice Rendon, co-ordinator of Agenda Migrante, a coalition of migrant advocacy groups in Mexico and the U.S. that helps organize legal defence, said during trips to the U.S. border late last year she heard of cases where U.S. authorities tried to make Mexican asylum seekers wait in Mexico saying there wasn’t space.

But the Guatemala plan would be far beyond that and she hoped the Mexican government would turn to international bodies in making its case “for the violation of due process of the asylum seekers.”

“They don’t even pass through Guatemala,” she said. “It’s sending them to another country.”

Brown, the former Homeland Security official, pointed to a section of U.S. immigration law that allows the government to send people to other countries if it is “impractical, inadvisable or impossible” to send them back to their own countries. The U.S. has used that authority in individual cases — for example, to send Vietnamese to other countries when their own government refuses to take back its own people — but never on broad scale for asylum-seekers.

The bilateral agreement with Guatemala provides additional legal foundation for the U.S. to send asylum-seekers to the Central American nation, Brown said.

‘You feel like you’ll rot away’: Thousands of Cubans join ranks of U.S. asylum seekers stuck in Mexico
January 1, 2020 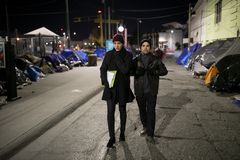 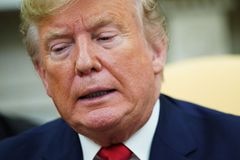