Milan Mayor Giuseppe Sala has pushed in recent years to make his northern Italian city more climate-smart, including setting an ambitious aim to electrify all public transport by 2030.

On Monday, as the coronavirus-hit city began a slow, careful lifting of its long lockdown, Sala was optimistic that Milan’s taste of weeks of cleaner air and quieter streets would bring broader and lasting support for envisioned green shifts.

“I cannot say we have an opportunity in this pandemic, because it is difficult to pronounce the word opportunity (when) we have had, officially, 1,200 deaths,” he said in a telephone interview with the Thomson Reuters Foundation.

But after weeks at home, experiencing a radically different way of living, “now I believe the people are ready to change attitude, to change behaviour”, he said.

He estimated that 70 per cent of Milan residents now back virus-accelerated plans to switch 35 km (22 miles) of street space to priority use for bicycles and pedestrians in the normally smog-dimmed city of 1.4 million.

Temporary new bike lanes on Monday were helping ease pressure on the city’s public transport system, as construction and factory workers headed back to work and drivers limited passenger numbers to try to maintain spacing.

Previously, proposals for new bicycle lanes were a source of conflict, particularly with cab drivers, and the city moved cautiously, said Sala, who has been mayor since 2016.

Now his message is “if you live one kilometre from your office, walk or bicycle. It’s good for us, and for you.”

Milan, among the European cities hit earliest and hardest by the coronavirus pandemic, is one of dozens of cities around the world aiming to use a post-lockdown economic restart to simultaneously bootstrap environmental measures.

From using stimulus funds to install electric vehicle charging stations to reserving space once limited for cars to pedestrians and cycling, the cities hope to save cash and build resilience by fighting the climate and virus crises together.

Los Angeles Mayor Eric Garcetti, chair of the C40 network of cities pushing swift climate action, said that when the time came to reopen and rebuild, “our efforts will define our cities for decades to come.”

“As mayors, it’s our responsibility to lay the foundation for the fair society and healthy planet our residents deserve,” he said in a statement.

Milan’s green responses to the COVID-19 crisis include a planned expansion of its network of shared electric vehicles and bicycles.

The city was also among the first in Italy to get a 5G cellular network, which is aiding efforts to hold meetings and do business virtually, said Sala, a former telecoms executive.

Milan’s leaders also are asking companies to allow more working from home and to stagger hours for employees who do come in, to avoid crowding on transport and in other public places.

Of the city’s own 14,000 workers, half have been working at home during the lockdown, Sala said, and 4,000 will continue that even as restrictions lift.

The municipality also is keeping some offices open as late as 11 p.m. to accommodate staggered shifts.

The city has gathered data on improvements to its notoriously polluted air during the lockdown, and will host a public discussion on how to maintain better air quality, but only after a few months.

Unemployment – at 4-5 per cent in Milan before the health crisis – is likely to skyrocket, and a carefully built tourism industry that drew in 10 million visitors last year will be lucky to see 1 million this year and 3 million in 2021, Sala said.

That means reinventing jobs and finding ways to create green, sustainable ones, perhaps with a digital focus, he said.

So far, climate-friendly efforts associated with lifting the lockdown – such as expanding bike lanes and sidewalk space for pedestrians – have been relatively inexpensive, the mayor said.

But municipal finances will be under pressure in coming months and years, he noted, a problem many other cities will face around the world as they emerge from lockdown.

Milan’s public transport system, for instance, is now running at 25 per cent capacity due to spacing measures but with little reduction in costs, Sala said.

The city also owns a controlling majority in a company that manages airport services – but with air travel almost halted, that income has dried up, he said.

Still, finding resources – and the will – to get green shifts underway now is crucial to reduce risks from the next big threat of climate change, he said.

“It is fundamental to work on that,” he said. “Otherwise in a few decades the world will be a disaster.” 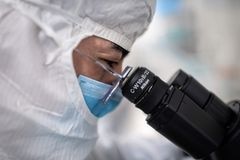 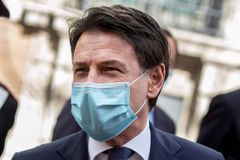 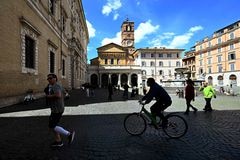