Special counsel Robert Mueller issued his first public statement on his investigation into Russian interference Wednesday, saying the probe did not exonerate U.S. President Donald Trump of wrongdoing and suggesting Congress was the most appropriate authority to investigate the President.

The move is likely to renew efforts by Congressional Democrats to impeach Mr. Trump even as the President reiterated his claims that Mr. Mueller’s investigation had cleared him, intensifying a political battle over the President’s conduct heading into next year’s election.

Mr. Mueller broke his silence in a 10-minute speech at the Department of Justice headquarters to announce he had closed his investigation into co-ordination between Mr. Trump’s 2016 election campaign and Russia. He said he was resigning from the Justice Department to return to private life. He took no questions and suggested he would have little more to say on the investigation if he were forced to testify in front of Congress.

“The work speaks for itself, and the report is my testimony,” he said.

Mr. Mueller used the public broadcast to highlight the key findings of his 448-page report into links between the Trump campaign and Russia, the culmination of a two-year investigation that ended with nearly 200 criminal charges and more than three dozen indictments, but left open many questions about Mr. Trump’s conduct.

While Mr. Mueller confirmed his investigation was complete, he stressed that his team had found “multiple, systemic efforts to interfere in our election.” He also reiterated that he could not exonerate the President on obstruction of justice charges, but was prevented by Department of Justice guidelines from prosecuting a sitting president.

The Mueller probe’s final chapter: Everything you need to know about the Trump-Russia report

The moment marks the most significant attempt by Mr. Mueller, a highly experienced but low-key federal law enforcement official, to set the record straight on a report that has been engulfed in controversy and political spin.

"Because so few people have actually read the report, I think it’s very important to have had Mueller come out and in a very forthright, unemotional way, summarize the extraordinarily damaging set of evidence that he was able to discover,” said Paul Schiff Berman, a law professor at George Washington University in Washington.

Jennifer Rodgers, a former federal prosecutor who now lectures at Columbia University in New York, said it was significant that Mr. Mueller had chosen to break his silence. "Mueller clearly preferred to speak through his work, so in that sense it is very meaningful that he spoke publicly,” she said. “I think he spoke out to try to correct misinformation about the report, to defend the investigation itself and his team, and to state that he didn’t intend to speak further.”

The public statement also served as Mr. Mueller’s most direct effort to challenge the conclusions of Attorney-General William Barr, who has said there was not sufficient evidence to charge the President with obstruction of justice.

Mr. Mueller said he did not question Mr. Barr’s “good faith” despite disagreements over how elements of his report should be released, although he timed his speech for a day when Mr. Barr was out of Washington on a trip to Alaska.

“The optics of [Mueller] making this public statement with William Barr meeting with Native American tribes in Alaska is sort of a manifestation of the distance between these two men,” University of Southern California political scientist Jeb Barnes said.

Mr. Mueller’s public remarks are unlikely to change the political calculus in Washington. Democrats, who control the House of Representatives, are battling among themselves over whether to launch impeachment proceedings. Mr. Trump, meanwhile, has given Mr. Barr broad powers to declassify information from several U.S. intelligence agencies in order to review the Russia investigation. Mr. Mueller defended federal investigators, saying they were of the “highest integrity.”

Mr. Trump said Wednesday that Mr. Mueller’s statement was a clear signal that investigations of his conduct during the 2016 campaign and the Russia investigation are over. “There was insufficient evidence and therefore, in our country, a person is innocent,” he wrote in Twitter. “The case is closed!”

Impeaching a president requires a two-thirds majority of Congress. But Republicans, who control the Senate, signalled Wednesday that Mr. Mueller’s public statement did not change their opposition to impeachment. “Mr. Mueller has decided to move on and let the report speak for itself,” said Lindsay Graham, the Republican chair of the Senate Judiciary Committee. “Congress should follow his lead.”

Democratic House Judiciary Committee chair Jerry Nadler also renewed his demands that the special counsel testify in front of Congress, despite Mr. Mueller’s reluctance to say anything more beyond the contents of his report.

With a presidential election less than 18 months away, Mr. Mueller’s statement will do little to quell the partisan divide over the Russia investigation, Princeton University political scientist Keith Whittington said.

Democrats are likely to continue pressing to expand Congressional investigations into Mr. Trump, while the President can use Mr. Mueller’s statement to remind voters that the special counsel declined to say the President had committed criminal offences.

“In some way, it just continues to reinforce what everybody on both sides already thinks,” Dr. Whittington said. 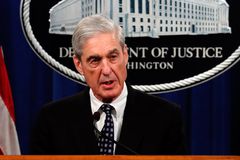 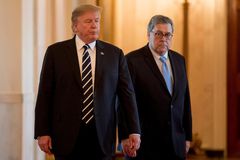 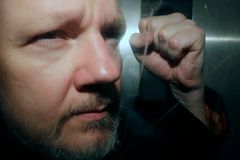 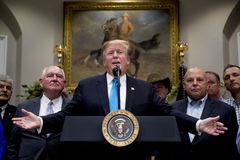