Li Chenyi can tabulate the damage from the coronavirus pandemic with just a few numbers. A year ago, he opened Emo, his women’s fashion shop in the megacity of Chongqing, in a 4,300-square-foot location. In March, he fled to a spot with 540 square feet. Before the virus, he could count on roughly $2,000 in daily sales. Now an average day brings in $100. His staff of nine is down to two.

“My life is hard now, extremely hard – and has been crippled by debt,” he said.

Across China, authorities have declared a partial victory against COVID-19 after lifting the severe lockdowns imposed to constrain the spread of the virus that causes the illness. But it is taking considerably more time to nurse the economy back to health.

On Friday, China said its economy in the first quarter contracted by 6.8 per cent compared to 2019, its worst quarterly economic performance since 1976, in the bloody tumult of the Cultural Revolution. Per-capita spending dropped 12.5 per cent, after accounting for inflation, while retail sales fell 19 per cent and fixed-asset investments tumbled 16.1 per cent. Per-capita disposable income fell by 3.9 per cent, in inflation-adjusted terms.

With large parts of Europe and North America now under their own lockdowns, orders have slowed for many Chinese goods. First-quarter exports were down 11.4 per cent over last year, according to official statistics, and domestic scholars have predicted a 15- to 20-per-cent contraction in exports for 2020.

Urban unemployment rates are at record highs. First-quarter job openings fell 27 per cent, according to a study released this week by Peking University’s Guanghua School of Management.

In those deepening shadows, consumers have lost their appetites.

In normal times, people would flock to Li Yongjian’s juntun guokui shop, which before the virus often churned out 800 spicy beef buns in a day. Mr. Li reopened the shop on March 25, but business is down 40 to 50 per cent.

“People like us rely heavily on the well-being of our society and of ordinary people,” he said. “If people are all healthy and well, they will consume more.”

Services account for more than 50 per cent of the Chinese economy, and consumption has accounted for 60 per cent of growth.

Chinese policy makers have sought to support consumers by handing out vouchers in some cities and draws for cash coupons in others. Elsewhere, they have experimented with 2½-day weekends, giving people more time to shop. Those ideas have earned domestic criticism as wasteful and ineffective, but they speak to a desperation among policy makers, who have remained cautious with other forms of economic stimulus.

For smaller businesses, the most effective forms of relief have come from property owners. Mr. Li, the spicy-beef-bun vendor, has been granted two months of free rent. At the nearby Shancheng Wanwanxiang restaurant, the landlord offered 20 rent-free days. Still, owner Yin Ju has laid off two people. Governments have offered no help, he said.

But that is no imminent prospect, as fear and forced quarantine measures for travellers continue to disrupt daily life.

The long struggle to regain growth in China threatens to become a global economic damper. The broader Asian region, for example, is unlikely to show any growth this year for the first time in six decades, the International Monetary Fund predicted Wednesday.

“This is a crisis like no other. It is worse than the Global Financial Crisis, and Asia is not immune,” Chang Yong Rhee, director of the IMF’s Asia and Pacific Department, wrote in an online article. Earlier this week, the IMF predicted a global economic contraction of 3 per cent this year, although it maintains a forecast of 1.2-per-cent growth for China.

China’s leaders have yet to publish their economic forecasts for this year; the outbreak postponed key political meetings typically scheduled for March.

But the depth of the economic shock has prompted them to reconsider the annual targets that have driven more than four decades of growth. China should consider adopting a “relative growth rate,” whereby its performance is compared with the broader global economy, said Liu Shijin, vice-chair of the China Development Research Foundation and a former senior figure of the cabinet-like State Council, in an interview published Wednesday by the Beijing News.

“If the global growth rate is 2.5 per cent in 2020 and 3 per cent in China, the relative growth rate is 5.5 per cent, which is higher than last year,” he said. He cautioned about a long-lasting second wave of shocks that will take a greater toll than the first wave. “The end of the global epidemic does not depend on the country that emerges from the epidemic the earliest and fastest, but on the worst country – because we are on the same interconnected planet,” he said.

Mr. Li’s fashion shop offers a small window into how problems have been compounded, even inside China. He spent more than $200,000 renovating his first location – money that was wasted – and reopened in part to sell the $160,000 in inventory he had accumulated before the virus struck. “But we can’t sell that so easily now,” he said. “Because the weather is getting warm in Chongqing, we can no longer sell winter clothes like padded coats and sweaters, even though we have a lot of them.”

So while life has resumed around his new shop, the pedestrians now filling nearby streets just aren’t buying.

“Old customers just tell us it’s not that they don’t want to buy, it’s that everyone’s life is hard,” Mr. Li said. 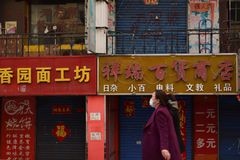 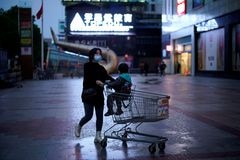 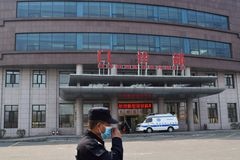