Of the 11 crimes against humanity recognized by the International Criminal Court, evidence shows that nine have been perpetrated against Myanmar’s Rohingya people – and responsibility extends to the upper echelons of the country’s military, an exhaustive new report from Amnesty International finds.

Since last August, more than 700,000 largely Muslim Rohingya have fled persecution in Buddhist Myanmar, where military forces have led a campaign that has included executing Muslims, raping women and setting fire to hundreds of their villages.

Senior United Nations officials have called the campaign “ethnic cleansing,” while Nobel Peace laureates have said it amounts to genocide, after roughly 80 per cent of Rohingya were driven out of northern Rakhine, the western Myanmar state that was their home before many fled to neighbouring Bangladesh. Most are now living in cramped refugee camps.

“Responsibility for these crimes extends to the highest levels of the military, including Senior General Min Aung Hlaing, the Commander-in-Chief of the Defence Services,” Amnesty finds in its 186-page report, entitled We Will Destroy Everything, an exhaustive catalogue of horrors, based on documents, recordings and more than 400 interviews.

It is an attempt “to push for accountability for the atrocities that have been committed,” said Matthew Wells, a senior crisis adviser to Amnesty who is one of the report’s authors.

Canada and the European Union have both sanctioned Myanmar military leaders, with Ottawa on Monday saying it would impose a travel ban on and freeze the assets of seven individuals. Three of those have since been sacked or resigned, including Major-General Maung Maung Soe, who was removed from his position this week after sanctions were announced.

But “the sanctions to date have largely gone after mid-level commanders in northern Rakhine state,” Mr. Wells said. “What our investigation shows is that responsibility goes to the top of the military.”

Last summer, thousands of soldiers from two Myanmar military divisions – the 33rd and 99th Light Infantry Divisions – were repositioned to Rakhine state. Each had a reputation for brutality against ethnic minorities elsewhere, and their deployment set the stage for violent reprisals when a group of armed Rohingya, the Arakan Rohingya Salvation Army, or ARSA, conducted a series of co-ordinated attacks on security outposts Aug. 25.

But violence against Rohingya began long before last August, and included authorities of many different types. Myanmar’s Border Guard Police, for example, tortured Rohingya men in an attempt to extract information about ARSA.

Military officials, meanwhile, appear to have prepared to move against the Rohingya. Amnesty obtained a recording of a phone call in late August in which a military official warns a Rakhine state resident that “we got an order to burn down the entire village if there is any disturbance. If you villagers aren’t living peacefully, we will destroy everything.”

The movement of troops and the use of assets such as helicopters would have required the engagement of top Myanmar military leaders, Amnesty says. Senior-General Min Aung Hlaing himself also visited Rakhine state last September.

“The tight structure and strict reporting requirements mean that senior military officials knew or should have known which units were in what locations on specific days.”

It now falls to international organizations such as the United Nations Human Rights Council to conduct investigations that can be used to launch criminal cases against those responsible, Mr. Wells said.

The mechanism for doing so isn’t yet clear: China can use its veto power to protect Myanmar at the United Nations Security Council, while the International Criminal Court has no jurisdiction over Myanmar.

Foreign Affairs Minister Chrystia Freeland has said she supports creating an “international impartial and independent mechanism,” similar to that in place for investigating and prosecuting crimes in Syria.

“We will continue to work closely with our international partners to consider further co-ordinated action to hold perpetrators of violence to account,” said Brendan Sutton, a spokesman for Global Affairs Canada.

“Sanctions are vitally important for Canada and the international community to address the crucial question of impunity for human rights violations.”

The flight of the Rohingya since last August is merely the latest event in a lengthy history of repression that includes two previous mass refugee arrivals in Bangladesh and systematic restrictions on movement and the ability to make a living.

Although Myanmar’s de facto political leader, State Counsellor Aung San Suu Kyi, has no control over the country’s military, she bears responsibility for failing to speak out against what has taken place, Amnesty said. She also oversees a civilian government that has done too little to provide humanitarian access to Rakhine or combat apartheid conditions there, Mr. Wells said. 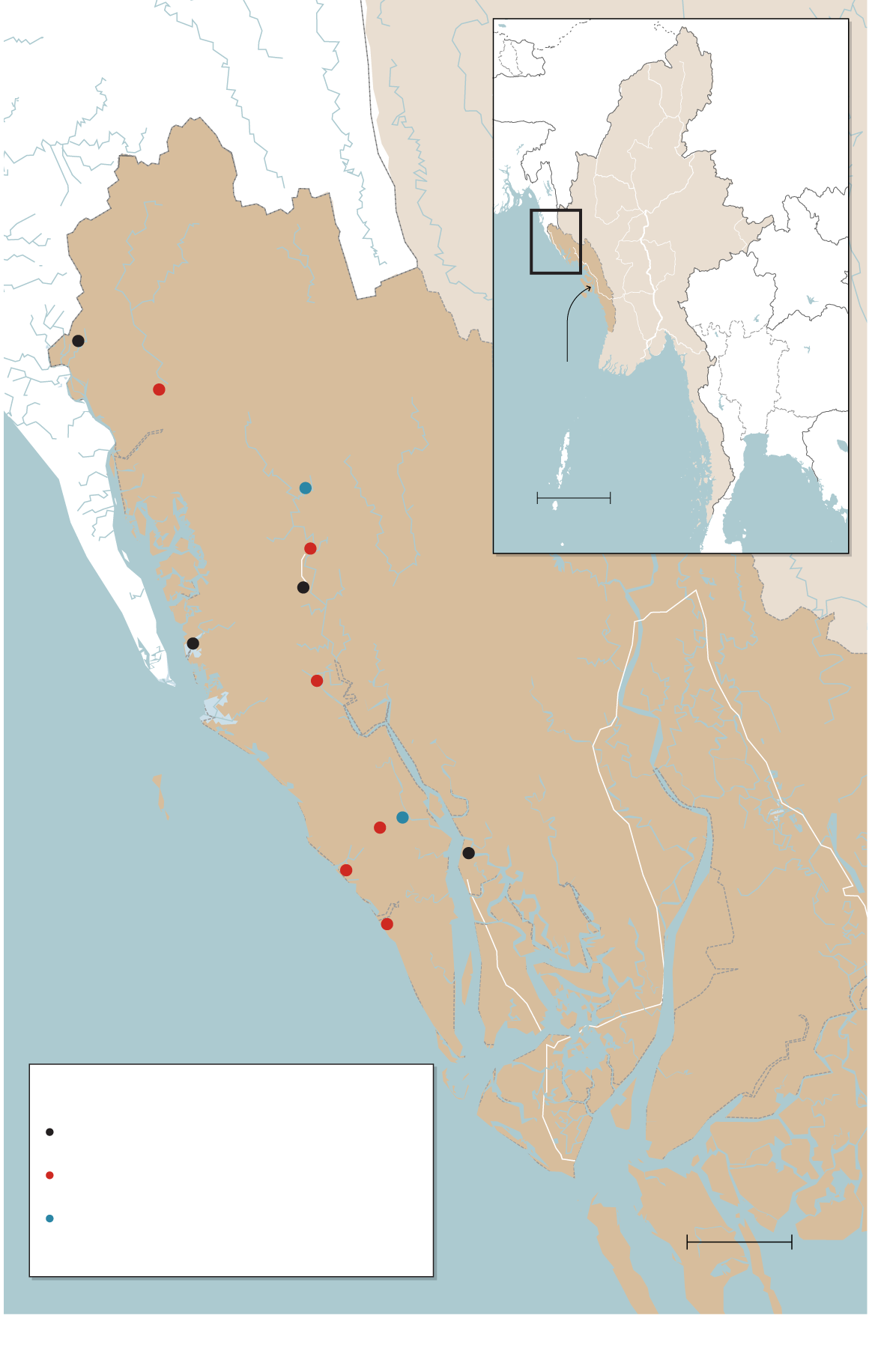