Canadian researchers are joining the effort to develop a Chinese vaccine against the deadly coronavirus, with plans to begin human trials in Canada of a potential defence against COVID-19 that employs genetic technology from the National Research Council.

The trials will bring to Canadian soil Ad5-nCoV, a vaccine candidate under joint development by a Chinese company and the country’s military. Backed by a state that has urgently sought a vaccine of global importance, Ad5-nCoV has been among the most rapidly developed of numerous candidates around the world.

Now the NRC has struck an agreement to support its development in Canada by manufacturing doses that can be administered in human tests and for emergency pandemic use.

“We are going to get to evaluate it for safety and efficacy in Canada, as is being done already in China, and Canada will now be part of the front-runner story,” said Roman Szumski, vice-president of life sciences for the NRC.

If the tests succeed, the vaccine candidate could seek Health Canada’s approval for emergency use as early as this fall, Mr. Szumski said. It is already undergoing concurrent first- and second-phase human trials in China.

Ad5-nCoV is backed by Tianjin-based CanSino Biologics Inc. and the Institute of Biotechnology of the Academy of Military Medical Sciences. It is a recombinant vaccine, which uses a different type of virus – in this case an adenovirus – genetically modified to include a spike protein that is a signature of the deadly coronavirus. The adenovirus is itself modified to prevent it from replicating. What it does instead is to introduce the human body to the spike protein, preparing the immune system to identify and destroy the coronavirus.

CanSino and the NRC have a relationship that dates to the Chinese company’s development of an Ebola vaccine, which was approved for use by Beijing in 2017. Both the Ebola vaccine and the coronavirus candidate can be manufactured with HEK293, a cell line derived from an aborted embryo in 1973 but modified by the NRC almost a decade ago to be a more prolific producer of vaccines.

HEK293 serves as a “living cell factory, in which we could produce any number of types of vaccine products,” said Lakshmi Krishnan, director-general of the Human Health Therapeutics Research Centre at the NRC. The council’s modification allows HEK293 to grow in large liquid-filled fermenter tanks, allowing for bulk output of a vaccine.

The NRC signed a non-exclusive licence for CanSino to use the cell line in 2014. As a result, the council “does not anticipate any revenue” from CanSino’s use of the Canadian technology to make Ad5-nCoV, NRC spokesman Vance Chow said. The NRC declined to answer questions about the terms of its licence agreement with CanSino.

The federal government has provided the NRC with $44-million since late March to upgrade its facilities in Montreal so they can be used to produce vaccines that are safe for human use outside clinical trials. Those upgrades are expected to be completed by the summer.

By then, clinical trials may already be under way in Canada. CanSino, which declined interview requests, is preparing to apply for Health Canada authorization to conduct human trials in partnership with the Canadian Center for Vaccinology (CCfV) at Dalhousie University.

“The design of our study, if approved, is to move as quickly as is safely possible from phase-one to phase-two studies and to position ourselves to move into phase-three studies as quickly as the data permit,” said CCfV director Scott Halperin, the principal investigator for the study.

Intellectual property “for the vaccine is CanSino’s, and where they supply the vaccine would be their decision,” he said. But the NRC’s involvement in manufacturing “vaccine in Canada would facilitate guaranteeing supply to Canada.”

In China, the first-phase studies for Ad5-nCoV began in March, with 108 people taking three different doses. Those receiving the highest dose reported fevers and joint pain, according to Science and Technology Daily, a state-run Chinese media outlet. In an unusual step designed to accelerate the process, CanSino began second-phase testing in early April with 500 people, even though the first phase will not be completed until Dec. 20. A third phase could involve a far larger number of people, perhaps as many as 10,000.

In Canada, the scheduling of different phases is likely to be similarly accelerated, although the first one, which is planned for Halifax, could eliminate the highest dose.

It’s possible Canadian third-phase testing could begin “by September, but that may just be aspirational,” Dr. Halperin said.

If the vaccine candidate proves safe and effective, moving toward third-phase tests could prove important in persuading Health Canada to allow use outside trials.

“You could imagine at the time of phase three if the data is promising that they may allow an emergency pandemic use,” Dr. Krishnan said.

Earlier this month, the U.S. Food and Drug Administration authorized emergency use of the antiviral drug remdesivir to treat people with COVID-19. The FDA said “there is limited information known about the safety and effectiveness of using remdesivir to treat people in the hospital with COVID-19” but approved its use based on a clinical trial that showed it could “shorten the time to recovery in some patients.”

Canada’s involvement with Chinese vaccine developers dates to the 2007 signing of an agreement on scientific and technological co-operation. In 2011, the two countries agreed to collaborate on vaccine development. CanSino’s chief executive, Xuefeng Yu, also spent many years studying in Canada and working as an executive at Sanofi Pasteur Inc. He was formerly based in Toronto.

Dr. Krishnan described Ad5-nCoV as “one of the most advanced” among more than a hundred COVID-19 vaccine candidates worldwide, fewer than 10 of which have entered clinical trials. A vaccine that successfully completes testing is typically approved for general use after the third phase of tests.

“With vaccine development, there is never any guarantee of success. Safety is always a priority,” Mr. Szumski said. But, he said, Ad5-nCoV is “looking like a vaccine candidate that’s worthy of further development.”

‘How long will a vaccine take?’: André Picard answered your questions during an Instagram Live
June 5, 2020 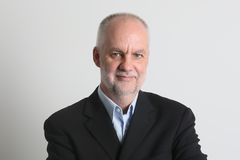 French drugmaker to enrol thousands for coronavirus vaccine trials
May 5, 2020 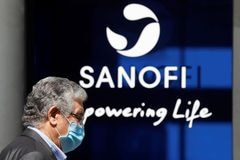