Nevada’s Democratic Party is scrambling to shore up the system that will be used to calculate the results of Saturday’s caucuses, hoping to avoid the chaos that plagued the race in Iowa and cast a shadow over the Democratic presidential nomination race.

The party has rebuilt its entire caucus process in the weeks since the Feb. 3 Iowa caucuses. Nevada Democrats initially planned to use two apps designed by Shadow Inc., the same company responsible for software glitches that caused lengthy delays in reporting the Iowa results.

The debacle in Iowa prompted the resignation of Iowa Democratic Party chair Troy Price and raised questions about the state’s first-in-the-nation status in picking nominees.

The Democratic National Committee finished a partial recanvass of the Iowa results earlier this week, erasing the initial lead held by Pete Buttigeig, former mayor of South Bend, Ind., and placing him in a virtual tie with Vermont Senator Bernie Sanders. Both campaigns have requested recounts from several precincts.

In Nevada, the party released a plan to record results using a series of secure online forms and spreadsheets provided by Alphabet Inc.’s Google and running on iPads. Party volunteers will also verify the numbers by hand and through paper backups before submitting the final results to secure phone lines and in photos sent by text message to party headquarters.

Nevada officials have been keen to portray their caucus system as far more organized than the process in Iowa. In the days ahead of Saturday’s caucuses, the party said that it held 55 online and in-person training sessions to introduce more than 3,000 volunteers to the new system. Organizers also recruited “tech volunteers” to help caucus staff troubleshoot any technology problems and said they consulted with security experts from Google and the Department of Homeland Security.

But the reassurance hasn’t entirely quelled fears among the presidential campaigns. In Iowa, a similar plan to report results through a phone hotline ran into problems when the phone number was leaked online, resulting in a flood of prank phone calls that jammed the lines.

Former vice-president Joe Biden also raised concerns about the state party’s plans to incorporate the results of early voting into the final results by including precinct-level numbers into iPads handed out at caucus sites. “It is not that I think anybody is trying to do anything wrong, it is just really a complicated system,” he told CNN on Thursday.

Nearly 75,000 people took part in early voting this week, using a ranked ballot that listed at least three preferred candidates. The early voting system was originally designed to use software developed by Shadow, Inc. But the party shifted to paper ballots in the wake of the fiasco in Iowa.

The early voting process added complexity to an already complicated caucus system, which requires candidates to receive at least 15 per cent of total votes in order to remain viable to go into a second round of voting. Results from that round determine how many delegates each candidate receives to county conventions in April.

The party did not respond to a request for comment on Friday, but released a memo saying that it still expected to release final results through a public website on Saturday.

The stakes will be high in Saturday’s caucuses, not just for the presidential candidates, but for future Democratic races. Former Senate majority leader Harry Reid told reporters in Las Vegas recently that if the process went smoothly, it could pave the way for Nevada to leapfrog Iowa and become the first state to caucus.

If it goes poorly, however, it could spell the end of the caucus system, where voters gather in churches, schools and community centres. Instead, it likely would be replaced by a primary, which closely resembles a traditional election.

“If there’s another Iowa-style glitch, the caucuses are in trouble across the board,” said Robert Lang, a professor of public policy at the University of Nevada, Las Vegas. 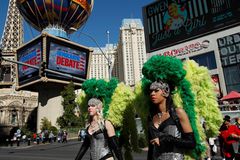 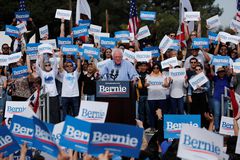 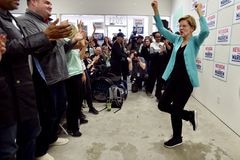