A new piece of information has emerged to bolster allegations that rebel forces led by Paul Kagame, now President of Rwanda, were involved in the assassination that ignited the genocide of 1994.

Serial numbers of surface-to-air missiles from the same series as those involved in the assassination have been found in missile lists of the Ugandan military, which had supplied weapons to Mr. Kagame as his rebel forces swept across Rwanda in 1994.

The lists were obtained by Filip Reyntjens, a Belgian scholar who has been researching the assassination for more than two decades. He found close similarities between the Ugandan serial numbers and the serial numbers of the two missiles that struck a presidential jet on the night of April 6, 1994, killing the presidents of Rwanda and Burundi. Immediately after the assassination, extremists began slaughtering Tutsis and Hutu moderates in the violence that became known as the Rwandan genocide.

An estimated 800,000 people, mostly Tutsis, were killed. The Tutsi-led rebels commanded by Mr. Kagame eventually defeated the Hutu-led government and took over by late July, 1994.

The Rwandan government, led by Mr. Kagame for more than two decades, has blamed the Hutu-led army that controlled most of Rwanda at the time for the assassination. It has strongly denied that Mr. Kagame’s forces were involved.

Mr. Reyntjens, a University of Antwerp professor who has published several books on Rwanda and the genocide period, has been searching for the Ugandan serial numbers for nearly 20 years. He sees them as strong evidence that the missiles in the assassination had been under the control of Mr. Kagame’s rebel army.

He noted that the missiles involved in the 1994 assassination are not listed among the Ugandan serial numbers, even though others from the same series are. This suggests they were transferred to the Kagame forces in the early 1990s, he said.

French prosecutors, who have been reviewing information on the 1994 assassination after inquiries by French judges over the past decade, are likely to request the Ugandan serial-number documents as part of their review, Mr. Reyntjens said.

He said a former Ugandan military officer risked his life to obtain photographs of the serial numbers of SAM-16 missiles in the arsenal of the Ugandan military. “This has been a difficult and dangerous operation for my source, and really a clandestine operation,” he said.

The Ugandan information helps corroborate information from several other sources, including a 2016 report by the United Nations mission in the Democratic Republic of the Congo, which documented a missile launcher with a similar serial number that had been seized from Rwandan-backed rebels in eastern Congo. The confidential UN report was obtained by The Globe and Mail last year.

The Ugandan documents are “almost the smoking gun” to establish that the Kagame forces were involved in the assassination, Mr. Reyntjens told The Globe in an interview on Tuesday.

“If you accumulate all of this evidence, I don’t think it can be denied any longer,” he said.

In the assassination, two surface-to-air missiles were fired at the Dassault Falcon 50 private jet of Rwandan president Juvénal Habyarimana and Burundian president Cyprien Ntaryamira as the jet approached Kigali’s airport after peace talks in Tanzania. Seven other officials and a three-man French crew were also killed.

Mr. Reyntjens helped obtain the serial numbers of two Soviet-made SAM-16 missile launchers that were discovered in a neighbourhood of Kigali after the presidential airplane was shot down. He gave them to a French parliamentary inquiry in the 1990s.

Since then, he has been seeking the Ugandan serial numbers to verify that the two missiles were from the same batch that Uganda obtained from the Soviet Union in the late 1980s.

The lists show that the Ugandan numbers are similar to those of the two missile launchers found in 1994, along with the missile launcher documented in eastern Congo in 2016 and a missile found in 1991 at a site where Mr. Kagame’s rebels had been operating.

A detailed comparison of the serial numbers makes it clear that all come from the same series, Mr. Reyntjens says.

The confidential UN report in 2016, focusing on the missile launcher that Congolese forces seized from a Rwandan rebel group, found many strong similarities between that launcher and those discovered in Kigali after the 1994 assassination, including serial numbers and manufacturing dates. It recommended that the information be turned over to the UN Security Council or the French judicial investigators.

The Globe has also reported on a 12-page sworn statement by Mr. Kagame’s former army chief, General Faustin Kayumba Nyamwasa, which alleged he heard Mr. Kagame and two aides describing how they had orchestrated the assassination. The general was head of military intelligence for the rebel army at the time. 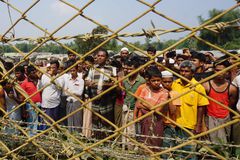 Canada was a bystander in Rwanda. Will history repeat itself?
January 4, 2016

Disaster pending in Burundi, with echoes of Rwanda?
November 19, 2015 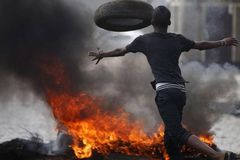