Inside Nicaragua’s public hospitals, the walls are plastered with political propaganda, ruling-party activists ensure no information leaks out, and doctors were once forbidden from wearing masks.

Schools remain open, and the government has threatened to ban baseball players who refuse to play – at games that still draw fans. And everyone is warned to keep quiet.

“Inside, everything is secret,” Dr. María Nela Escoto, an anesthesiologist with 24 years of experience, told The Associated Press of her work at a hospital. “They don’t allow suggestions, and you can’t question anything because they’re watching. It’s a very hostile environment.”

At the Lenín Fonseca hospital in the capital of Managua, pro-government activists outside make sure no one who shouldn’t is entering and administrators prevent anyone inside from taking photos. The walls are covered with images of national heroes and martyrs and photos of Ortega and his wife, Vice-President Rosario Murillo, said Escoto.

Frightened that the government’s attempts to deny the severity of the outbreak would doom many in this Central American country, 600 medical workers signed an open letter in May asking for protective equipment in public hospitals. Within weeks, more than a dozen were fired.

Escoto was among them. She said the director of human resources handed her a letter dismissing her and told her it came “from above” – understood in Nicaragua to mean that the government had ordered it.

With their jobs already gone, several of the doctors are now describing the repression they faced and how it is hampering the country’s response to the virus. The government did not respond to a request for comment on the doctors’ dismissals and the allegations of repression.

While the government has reported more than 2,500 confirmed infections and 83 deaths, a grassroots group that is tracking the virus says the death toll may be more than 25 times that. The Citizen Observatory has recorded more than 7,400 suspected cases through July 1 and 2,087 deaths – 133 of which were categorized as pneumonia and the rest as suspected to be from COVID-19. In serious cases, the coronavirus can cause pneumonia.

Relatives of people who were hospitalized have described “express burials,” performed by men in full-body protective gear – even as officials denied the deceased had COVID-19.

“The diagnoses have been altered,” Dr. Fernando Rojas, an anesthesiologist and outspoken government opponent who also signed the letter and was fired, told The AP.

So fervent were the government’s efforts to downplay the outbreak that hospital administrators forbade medical personnel from wearing masks when health facilities first started seeing coronavirus cases in March, saying that would make patients nervous.

At Lenín Fonseca, a ward to treat the coronavirus opened in April – but Escoto, who used to work at the hospital, says it had little equipment and, at times, the number of patients swelled so much that some were put in the emergency room.

Health workers are being squeezed on all sides, said Rojas, who used to work at the Bertha Calderón Hospital for Women, also in Managua.

“The people are depressed and scared,” he said. “They’re afraid to get infected and afraid of losing their job.”

Rojas had been reprimanded several times by his hospital’s administrators for insisting that staff needed masks and gloves; one of his colleagues was fired for doing the same. Recently, the hospital authorized masks, but only gave each doctor two tight-fitting N95 masks.

The result has been dozens of sickened medical workers and more than 70 deaths, according to a count kept by the Medical Associations of Nicaragua.

In Rojas’ hospital alone, he said at least 250 of the 800 employees have been sent home since the outbreak began because they had symptoms of COVID-19.

Even after Dr. Adán Alonso died from the coronavirus last month, the government was wary of him. He had been voluntarily treating COVID-19 patients who were turned away from hospitals in León and Chinandega, in western Nicaragua. Alonso had accused Ortega of “lying” when the government denied the virus’s presence in the country.

Doctors not known as government opponents have also lost their jobs for speaking up.

“We have reached levels of repression and revenge for even your thoughts,” Báez wrote on Facebook. “They don’t respect study, the years of dedication nor the sacrifices made any more.”

Dr. María Isabel Selva, a gynecologist in the northern city of Condega, lost her job after writing on social media in defence of doctors who were fired. She’s the daughter of doctor and Sandinista hero Eduardo Selva, whom Ortega posthumously awarded the Military Health medal in 2015.

‘’I feel a tremendous pain because I feel like the revolution has been betrayed … pain that we have a government that doesn’t hear criticism,” she said. “The biggest losers are the people of Nicaragua.’’

In Russia and Ukraine, no physical distancing on crowded beaches
July 6, 2020 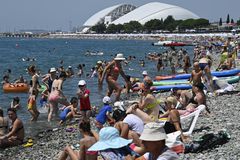 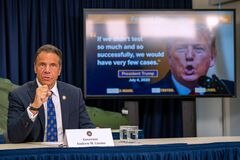