Hours after Boko Haram released a shocking video of victims of a school kidnapping, Nigerian authorities said they have managed to free most of the hundreds of students who were seized at a rural school in the northwestern part of the country six days ago.

The Governor of Katsina State, Aminu Bello Masari, told reporters on Thursday night that his officials have recovered more than 300 of the schoolboys from a forest in neighbouring Zamfara State. He said the boys would be medically examined and reunited with their families on Friday.

The six-minute video, released by Boko Haram on Thursday afternoon, was the latest evidence that the Islamist militia had committed another mass kidnapping, six years after its notorious Chibok schoolgirl kidnapping. The students this time were seized in Katsina State, a region of northwestern Nigeria far from Boko Haram’s normal base of operations.

Huddled under a tangle of thorn branches, the kidnapped schoolboys were dusty and distraught in the video recording. “Please sir, we need your assistance sir, please,” one of the teenaged boys told the video camera, brushing tears from his eyes.

Visibly frightened and seemingly prompted by a captor behind the camera, he issued a warning to the authorities who were searching for the boys. “All the armies that have come here to help us, please send them back, they can do nothing,” he said in a shaky voice.

“Please, sir, you have to send all the soldiers and armies and these jets back.”

It was difficult to verify the authenticity of the video, but it was marked with Boko Haram’s black-and-white flag and was accepted as genuine by Nigerian media and local authorities. French news agency AFP said the video was sent to the agency through the same channel as previous Boko Haram messages.

Dozens of boys were visible under the thorn trees in the video. Most of the victims are believed to be 15 or 16 years old, but some in the video seemed much younger. One boy opened his hands in a begging gesture to the camera.

Some reports say the kidnapping was conducted by local bandits, who then sold the boys to the Islamist radicals, who normally operate several hundred kilometres to the east.

The video was accompanied by an audio recording, reportedly by Boko Haram leader Abubakar Shekau, who said he was releasing the video to disprove those who denied Boko Haram’s involvement. “Here are my men, and here are your boys speaking, too,” he said.

In the video, the schoolboy – under the orders of his captors – demands the shutdown of all schools in Nigeria except Islamic schools. Boko Haram’s name means “Western education is forbidden.”

The latest kidnapping, highly reminiscent of Boko Haram’s notorious seizure of 276 schoolgirls from a school in Chibok in northeastern Nigeria in 2014, has sent shock waves through the country. The video of the schoolboys on Thursday was similar to a Boko Haram proof-of-life video of the Chibok schoolgirls in 2014.

“Shekau is clearly replaying the Chibok propaganda model,” said a tweet by Bulama Bukarti, a specialist in Boko Haram issues at the Tony Blair Institute for Global Change. “He’s doing this to get a ransom and free his detained members.”

The latest kidnapping generated a trending Twitter hashtag, #BringBackOurBoys, with echoes of the 2014 hashtag #BringBackOurGirls, which was widely adopted by international celebrities and politicians in a campaign to rescue the Chibok schoolgirls. While 164 of the students were eventually released, more than 100 are still missing today.

Protests were organized in two Nigerian cities on Thursday to demand action to free the schoolboys. Some of the key organizers of the #BringBackOurGirls campaign were vocal in their criticism of the government’s handling of the latest kidnapping.

Oby Ezekwesili and Aisha Yesufu, two of the leaders of a daily vigil for the Chibok schoolgirls that lasted for years, have both expressed their outrage at the kidnapping of the schoolboys.

“At the end of the day, protest is what gets the government to listen,” Ms. Yesufu tweeted on Thursday.

Ms. Ezekwesili said the kidnapping of the schoolboys was a “monumental outrage.”

The kidnapping has fuelled criticism of Nigerian President Muhammadu Buhari by opponents who say he is too inactive and has failed to halt the Boko Haram threat.

Five years ago, Mr. Buhari said the Boko Haram insurgency was “technically defeated.” But since then, thousands of people in northern Nigeria have been killed, injured or kidnapped by the insurgents, who also roam across the borders of Niger and Cameroon in the Lake Chad region.

The Islamist militants “show no signs of being eradicated,” the Africa-based Institute for Security Studies said in a report this week. “Extremists continue to hold significant territory in and outside of Nigeria.”

Dialogue with the Islamists should be considered as an alternative to Nigeria’s current military-based strategy, it said.

The Africa Center for Strategic Studies, an institute at the U.S. Department of Defence, reported this week that Boko Haram and its offshoot, the Islamic State in West Africa, have increased their highway ambushes almost six-fold in the past year in Borno State in northeastern Nigeria. More than 250 people have died in the highway attacks, it said.

“Via their attacks on key supply routes, the militants have effectively laid siege to Borno state and its capital, Maiduguri,” the report said, citing a rise in food prices as one of the effects of the siege. 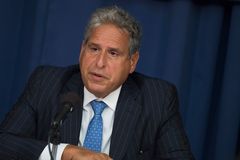 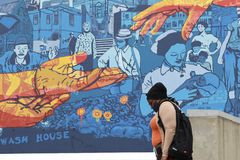 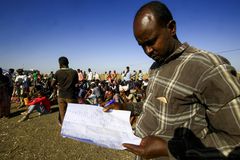