North Korea has postponed plans to tear down South Korean-made hotels and other facilities at the North’s Diamond Mountain resort to prevent the spread of a new virus that has reached the South after sickening thousands in China.

The North’s decision, which was conveyed to the South through a fax message late Thursday, came as it intensifies precautions against the outbreak, including blocking tourists, reducing flights and mobilizing screening efforts in a nationwide campaign state media described as a matter of “national existence.”

North Korea had earlier demanded South Korea send workers to Diamond Mountain at an agreed upon date to clear out the facilities.

The South also on Thursday withdrew dozens of officials and workers from an inter-Korean liaison office in the North Korean border town of Kaesong, which the Koreas agreed to temporarily shut down until the outbreak is controlled.

“At around 11 p.m. yesterday, North Korea through a direct telephone line between Seoul and Pyongyang … informed its decision to temporarily suspend its plans to remove the facilities at the Diamond Mountain site,” said Yoh Sang-key, a spokesman from Seoul’s Unification Ministry. He said it wasn’t immediately clear when the Koreas would be able to resume discussions over the facilities.

North Korea has yet to report any illness from the new type of coronavirus that was first detected last month in neighbouring China. It has sickened thousands, most of them China, but South Korea has reported 11 cases.

In November, North Korea said it issued an ultimatum to South Korea that it will tear down the South Korean properties at the Diamond Mountain resort if the South continues to ignore its demands to clear them out.

That came weeks after North Korean leader Kim Jong Un ordered the destruction of the South Korean facilities he described as “shabby” and “unpleasant-looking” while vowing that the North would redevelop the site on its own. Kim’s comments came after months of frustration over the South’s unwillingness to defy U.S.-led international sanctions against the North and resume South Korean tours at the site.

South Korea had said it will prioritize protecting its property rights and seek “creative solutions” to problems in inter-Korean dialogue. But the North has so far rejected South Korean calls for face-to-face discussions or sending a delegation to inspect the site.

South Korean tours to Diamond Mountain were a major symbol of co-operation between the rivals and a valuable cash source for the North’s broken economy before the South suspended them in 2008 after a North Korean guard fatally shot a South Korean tourist.

Seoul can’t restart mass tours to Diamond Mountain or any other major inter-Korean economic activity without defying international sanctions against North Korea, which have been strengthened since 2016, when the North began accelerating its nuclear and missile tests.

While U.N. sanctions don’t directly ban tourism, they prohibit bulk cash transfers which can result from business activities like the Diamond Mountain tours.

In their third summit in September 2018 in Pyongyang, Kim and South Korean President Moon Jae-in vowed to restart South Korean tours to Diamond Mountain and normalize operations at an inter-Korean factory park in the North Korean border town of Kaesong, voicing optimism that sanctions could end and allow such projects. 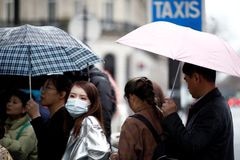 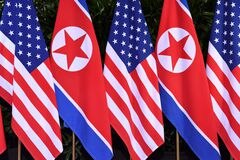