Canadian leaders have been unable to communicate with Chinese decision-makers in the midst of the worst diplomatic crisis between the two countries in decades, with Beijing not responding to Ottawa’s entreaties to talk amid mounting damage to trade with the world’s second-largest economy.

Five different Canadian federal ministers have requested conversations with top-level Chinese officials since the Vancouver arrest of Huawei executive Meng Wanzhou on Dec. 1. None has been successful.

China has not refused those approaches, four sources with knowledge of the situation told The Globe and Mail. It has merely ignored them, despite multiple requests. The sources were granted anonymity by The Globe because they were not authorized to speak publicly on the matter.

“This is the challenge, because there is no communication going on,” said Guy Saint-Jacques, the former Canadian ambassador to China.

A visit to China planned for this weekend by Nova Scotia Premier Stephen McNeil will mark the first high-level Canadian political delegation to China in five months, although Mr. McNeil is not scheduled to travel to Beijing or meet with central government officials.

China has also stonewalled requests to allow in Canadian experts to inspect claims of contamination in canola exports. Beijing has banned shipments of canola from two major Canadian canola exporters.

“It’s important for them to show us the evidence,” Canada’s ambassador to the World Trade Organization Stephen de Boer told the WTO general council Tuesday.

Canadian exports of canola, soybeans, peas and pork have all encountered obstacles entering China since the arrest of Ms. Meng. The worsening dispute is also affecting investment between the two countries, as well as Canadian education, film and tourism companies, according to a report released this week by the Canada China Business Council.

In Ottawa, meanwhile, the federal government’s struggles with China have made it the object of growing political attacks. On Tuesday, Conservative Party Leader Andrew Scheer called for a “total reset” in relations with China, saying he would take a far tougher approach.

“If this government isn’t willing to stand up to China when two Canadians are unlawfully imprisoned and billions of dollars in trade is under attack, it never will,” he said.

The Canadian corporate sector has reported mounting problems in its business with China. Nearly 20 per cent of companies surveyed by the Canada-China Business Council said their business has been negatively affected by the continuing dispute between the two countries.

Worry about doing business in China has grown sufficiently serious that 53 per cent of survey respondents said they have changed business plans for China, 11 per cent significantly. Half of Canadian businesses have or expect to cancel or postpone trips to China. And 18 per cent reported contracts or investment deals that had been delayed or scrapped.

That includes the cancellation of venture capital and other major Chinese investments into Canada, as well as the postponement or abandonment of planned investment by Canadian companies in Chinese manufacturing.

“It definitely signals a major dent in a relationship that up until November 30 was really progressing very nicely,” Ms. Kutulakos said. She called on governments to “take to heart” the mounting problems.

But with Canadian leadership largely frozen out by Beijing, Ottawa has sought to deliver messages to Chinese leaders through intermediaries.

Opinion: The Huawei feud isn’t the only reason canola exports to China are tanking

Over the past few months, delegations to Beijing from other countries, including the European Union, have used meetings with Chinese leadership to voice concern about the detention of Michael Kovrig and Michael Spavor, two Canadians detained in China following the arrest of Ms. Meng. They are accused of espionage-related offences.

Some of those foreign leaders have been told by Chinese decision-makers it’s a matter between Canada and China and none of their business, three diplomatic sources told The Globe.

China has also turned down Canadian efforts to make contact through third parties, such as business leaders, Mr. Saint-Jacques said.

With no avenue for communication, “we cannot hear their grievances of why are they so angry about the case of Mrs. Meng,” Mr. Saint-Jacques said. “And we have no chance to explain that we are stuck here, with this request that came from the U.S.”

The United States has sought the extradition of Ms. Meng on fraud charges related to violations of sanctions against Iran.

The accumulating problems – and the inability of the Canadian government to seek solutions by speaking with Chinese leadership – forms the backdrop to the visit by Nova Scotia’s Mr. McNeil, whose province saw exports to China grow 29.9 per cent last year, rising to $794.3-million.

Two-thirds of that is in seafood, which continues to flow into China, although Randy Hoback, a Conservative MP, has said he worries exports of maple syrup or seafood could also be frustrated by China.

He is leading a delegation that expects to meet Ma Xingrui, the governor of Guangdong, one of China’s wealthiest provinces, on a cultural tour from May 11 through 15 that will include an exhibition of work by six Nova Scotia artists, including Maud Lewis. Mr. McNeil also expects to push for a direct flight between China and Nova Scotia.

He has come to China “each year since 2014. He wants to ensure Governor Ma knows Nova Scotia is committed to that relationship,” spokesman David Jackson said.

On Wednesday, Ms. Meng is expected to appear in B.C. Supreme Court. She has denied all allegations of wrongdoing. The following day, Chinese authorities have scheduled an appeal trial in Dalian for Robert Schellenberg, a Canadian sentenced to death for drug trafficking.

Although Mr. McNeil will not meet with Chinese central leadership, a provincial governor is nonetheless an important figure in the Chinese system. The visit provides an opportunity to raise the detention of Mr. Kovrig and Mr. Spavor, said Phil Calvert, a former Canadian diplomat who is now a senior fellow with the China Institute of the University of Alberta.

“I hope he’s able to make use of this opening to have some kind of conversation – to see if there are any signals or just to keep the message going that this is of grave concern to Canada.”

Canadians have more positive opinion of relationship with European countries than U.S., China: poll
May 3, 2019 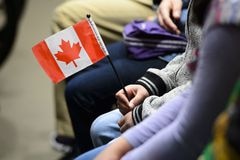 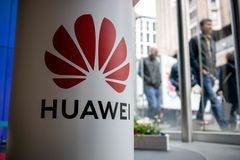 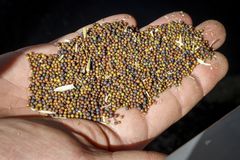