He is one of the world’s oldest and longest-ruling autocrats, routinely spending months in a luxury hotel in Switzerland while his African country slides into violence and chaos. But 85-year-old Paul Biya, the President of Cameroon, is not yet ready to retire.

Mr. Biya, who has dominated his Central African homeland for the past 36 years, announced on Friday that he will be a candidate in the October presidential election, seeking a seventh consecutive term in office.

His announcement came just hours after Amnesty International had identified his soldiers as the perpetrators of a horrific massacre in which four women and children were killed.

Video clips of the slayings have circulated widely on social media. The government has denounced the video as “fake” but Amnesty says it has gathered “credible evidence” that soldiers were responsible for the massacre.

“Extensive analysis of the weapons, dialogue and uniforms that feature in the video, paired with digital verification techniques and testimonies taken from the ground, all strongly suggest that the perpetrators of the executions are Cameroonian soldiers,” Amnesty said on Friday.

The government’s hasty denials “cast serious doubt over whether any investigation will be genuine,” it said.

Human rights groups have documented dozens of cases of torture and killing by Cameroon’s military, which is engaged in a brutal war against anglophone secessionists in one region and against the Boko Haram extremist militia in another region.

Mr. Biya, who has spent an estimated US$182-million of state money on his private travel since becoming President, said his decision to seek another term is merely a response to the demands of his citizens.

“I am willing to respond positively to your overwhelming calls,” he told the nation on Twitter on Friday. “I will stand as your candidate in the upcoming presidential election.”

His opponents have called him “the President of the Hotel Intercontinental” because of his well-known preference for the five-star hotel in Geneva.

When he called a cabinet meeting in March, it was reported to be his first cabinet meeting since 2015. He often meets his cabinet ministers at the airport between private flights abroad on chartered airplanes.

An investigation by the Organized Crime and Corruption Reporting Project, published earlier this year, found that Mr. Biya had spent about 14 months outside Cameroon in the past five years alone. During 2006 and 2009, he spent a third of the year outside the country.

Geneva was by far his favourite destination. The hotel cost for him and his entourage was estimated at about US$40,000 per day, and his total travel costs have added up to more than US$180-million since 1982, the investigation found. He routinely travels with an entourage of up to 50 bodyguards, ministers, butlers and other staff.

By contrast, nearly half of Cameroon’s population is mired in poverty and surviving on an income of less than $2 a day, despite the country’s oil and cocoa resources.

Mr. Biya, who amended the constitution in 2008 to eliminate term limits, has been intolerant of dissent. Last year, facing protests in the English-speaking regions of the country, he shut down the internet for 93 days in the regions. His government had complained that social media is a dangerous “social pandemic” and “a new form of terrorism.”

After the toppling of Robert Mugabe as the president of Zimbabwe last year, Mr. Biya is the second-longest ruling president in Africa. Only the president of Equatorial Guinea, Teodoro Obiang Nguema Mbasogo, has held office for longer.

Last month, U.S. ambassador Peter Henry Barlerin suggested that Mr. Biya “should be thinking about his legacy and how he wants to be remembered in the history books.” He said Mr. Biya should consider following in the footsteps of Nelson Mandela, who retired from South Africa’s presidency at the age of 81. The comments sparked outrage among Mr. Biya’s officials.

Adrian Fielding, an analyst at the africapractice risk advisory firm, warned that Mr. Biya’s plans for another term will add fuel to the protracted conflicts in Cameroon.

“This will bring little in the way of reformist hopes, or prospects for a moderation in the government crackdown on separatists in Cameroon’s two anglophone regions,” he wrote in a commentary on Friday. “More likely, Biya’s candidacy will drive a further uptick in unrest.” 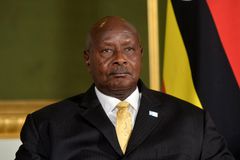 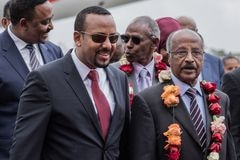 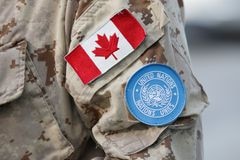