North Sea oil and gas has helped make Norway one of the wealthiest countries in the world. But as Norwegians head to the polls on Monday, fears about climate change have put the future of the industry at the top of the campaign agenda.

The ruling Conservatives, led by Prime Minister Erna Solberg, and the opposition Labor Party, which is leading in opinion polls, both advocate for a gradual move away from the fossil fuels that continue to underpin the economy.

But the larger parties rarely rule alone in Norway; smaller players are usually required to build a majority coalition, and they can have an outsize influence on the government agenda. Some are demanding a more radical severing with the country’s dominant industry and income stream.

“Our demand is to stop looking for oil and gas, and stop handing out new permits to companies,” says Lars Haltbrekken, climate and energy spokesman for the Socialist Left party – a likely coalition partner for Labor. He claims that after eight years in charge the government is protecting a status quo at a time when the country is thirsty for a post-oil future.

A report in August from the U.N.’s Intergovernmental Panel on Climate Change predicting global floods and fires created a wave in Norway that has crested throughout this election campaign.

It is also forcing Norwegians to wrestle with a paradox at the heart of their society.

With their hydro-powered energy grid and electric cars, they are among the world’s most enthusiastic consumers of green power, but decades of exporting oil and gas means this nation of 5.3 million enjoys a generous welfare buffer, and sits on the world’s largest sovereign wealth fund.

Tina Bru, the Oil and Energy Minister, says it’s unthinkable that the country should force an end to the country’s biggest industry, which is responsible for over 40% of exports and directly employs more than five per cent of the workforce.

“My question is always: What happens after you stop? What else are you going to do to make sure the world reaches its climate goals? It might affect our own climate budget, but it’s not going to make a difference globally,” she says.

“It is kind of disappointing in this campaign where we see the only way to discuss policy and have credibility on your will to cut emissions is to stop producing oil and gas. It is such a more nuanced issue involving other things like agriculture and transport.”

Some 70% of all new cars sold in Norway are electric, with consumers continuing to benefit from government subsidies, and the government has signalled that environment taxes will rise. Earlier this month, it also proposed a tweak to the existing tax regime, where some explorers will have to shoulder more of the risk of searching for oil.

Labor supports the approach and admits that it charts a similar future for the industry. But it has promised a more interventionist industrial policy that will funnel support to new green industries, like wind power, “blue hydrogen” that uses natural gas to produce an alternative fuel, and carbon capture and storage, which seeks to bury carbon dioxide under the ocean.

However, any post-election horse trading is likely to be fraught for Labor. The Socialist Left says it won’t offer support lightly, and the other probable partner, the Center Party, is also demanding a more aggressive approach to the energy shift.

“Right now our plan is to run together with our two old friends from these parties,” says Espen Barth Eide, Labor’s Energy spokesman. “We still think this works. But if their opening position is to end exploration, that is not going to happen. We will try to have a mature dialogue about the next phase of the oil industry.”

Most of the country’s oil and gas still comes from mature areas in the North Sea, but most of the untapped reserves are in the Barents Sea, above the Arctic Circle – a red line for environmentalists. Eide says a possible compromise might be found by focusing on where oil exploration can be carried out in the future.

However, Haltbrekken, a former chairman of Norway’s Friends of the Earth, a climate charity, says the new government needs to be more urgent. “The IPCC report made a huge impression on the population. But there is one thing I fear more than what was in the report, and that is that apathy and hopelessness will take over. People could think this is such a huge problem that we cannot do anything. But we can. We can do a lot to solve it. It just has to start now.”

Election forecasts will be released when voting closes at 9 p.m. (1900 GMT) on Monday. The final official tally for the 169-member parliament, usually comes at some point overnight, but experts believe the results could come quicker this year with a record number of people having already made their choice in advance voting. More than 78% of eligible people in this nation of 5.3 million voted in the last national election. 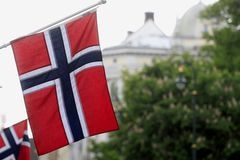 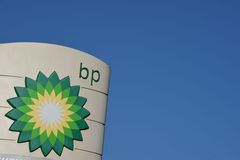 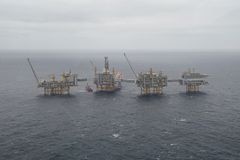