Germany’s centre-left contender to replace Angela Merkel as chancellor says he intends to forge a three-way coalition with the Green Party and the Free Democratic Party after Sunday’s razor-thin election results, which put his Social Democratic Party narrowly ahead of the incumbent conservative coalition.

Olaf Scholz, the Social Democrats’ candidate for chancellor, said Monday that Germans had voted to send Ms. Merkel’s party into opposition after governing for 16 years.

“The voters have very clearly spoken,” he said. “They strengthened three parties – the Social Democrats, Greens and FDP – and therefore that is the clear mandate the citizens of this country have given: These three should form the next government.”

The election results were tight, with the Social Democrats (SPD) winning 25.7 per cent of the vote and Ms. Merkel’s Christian Democratic Union (CDU) and its sister party, the Christian Social Union (CSU), winning 24.1 per cent, according to preliminary results.

But the CDU/CSU did not concede and said they too would try to form a government.

The Greens took 14.8 per cent and the FDP 11.5 per cent, making them the two possible kingmakers that could determine the shape of Germany’s next government.

Armin Laschet, the CDU/CSU candidate for chancellor, told supporters it was clear that, without Ms. Merkel running – she is retiring – it was going to be a tough election campaign. However, he insisted the CDU had received a clear mandate.

He changed his tune Monday with a more modest outlook, saying the election results did not give any party a clear mandate to form the next government. At that point, Mr. Laschet was already being criticized by CDU supporters for the party’s worst results in its history.

It’s a Merkelized world – and after Germany’s election, a new chancellor must live in it

Michael Kretschmer, the CDU Premier for the state of Saxony, told radio station MDR that the election was an “earthquake” for the conservatives. Mr. Kretschmer’s party lost many seats in Saxony to the far-right Alternative for Germany (AfD) party, and he blamed the government’s strict pandemic measures for the outcome. He also suggested that Mr. Laschet had not been the right candidate for chancellor and called on the party to be “humble” and rethink its course.

The criticism seemed to resonate with Mr. Laschet, who later on Monday said his party would need to “renew” itself. However, he said, “the voters who elected us want us to take responsibility and govern,” adding that the CDU/CSU will also talk with the Greens and the FDP.

Forming a new government will also be difficult for the SPD. Throughout the campaign, the party was remarkably united behind Mr. Scholz, its candidate for chancellor, who has taken a centrist approach. However, the SPD consists of several left-leaning camps. The party’s two leaders, Saskia Esken and Norbert Walter-Borjans, had suggested before the campaign that they would prefer a coalition of the left and the very left parties.

The morning after the election, Mr. Walter-Borjans, who will be part of the team to find ways to form a new government, told local reporters that he doubts the party can find any common ground with the business-friendly FDP.

“We’d have to talk about it then. What are actually common goals? Can we talk about that?” he told broadcaster ARD. He said he was critical of the FDP’s economic program, which he claimed focuses on investing but also tax cuts.

Such a coalition would have significant implications for Germany’s economy, said Kai Arzheimer, a professor of political science at the University of Mainz. It could force the country to focus on climate-related economic issues using market-based programs rather than tax-heavy government solutions. “I would actually expect some sincere reforms that would transform Germany’s economy towards a more modern model that is less reliant on industry,” he said.

Oliviero Angeli, a political science professor at the Technical University of Dresden, said the most likely outcome is that Mr. Scholz will indeed form a coalition with the FDP and the Greens but that they will have a hard time agreeing on some policies, so the coalition talks could take some time.

There are significant differences between the Social Democrats and the Greens and between the Greens and the FDP, Prof. Angeli said. He said the SPD wants to raise the minimum wage, something the FDP opposes. The Greens want to increase taxes on carbon dioxide emissions, while the FDP does not want any new taxes.

A positive outcome of the election, Prof. Angeli said, is that the opposition party in parliament won’t be the populist AfD, which has been the case for the past four years.

“We will have the Christian Democrats in the opposition, and they will have four years to renew themselves,” he said.

“My guess is that he will have to resign because even some of his supporters are now starting to criticize him,” he said. “I mean, it’s the worst result in the history of the party. So he doesn’t have a very good argument to keep his position.”

With reports from Josh O’Kane and Reuters 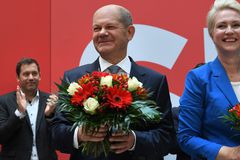 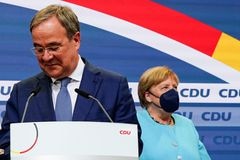 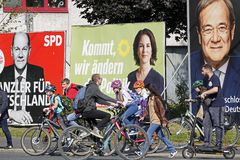