For Nubia Pinilla, this morning’s 25-minute crossing along the illegal dirt track that leads from Venezuela to Colombia was a good one.

On this occasion, she did not encounter the armed gangs, petty thieves or gunfights that often mark the region. Ms. Pinilla needs to walk through trochas – informal paths – run by criminal groups, because the official border crossing at the Simon Bolivar bridge connecting Cucuta to San Antonio de Tachira has been shut down since August, 2020 (all seven border crossings in the region were closed as a measure to curb the spread of COVID-19).

On the Colombian side, two blocks from the border in the La Parada district outside of Cucuta, Ms. Pinilla volunteers at the soup kitchen run by Ana Teresa Castillo of Asociacion Deredez, a group assisting displaced people and asylum-seekers. There, she cooks large quantities of food to provide a filling meal for impoverished single mothers and their children intent on making the arduous journey further into Colombia or on to Ecuador, Peru and Chile in search of work. 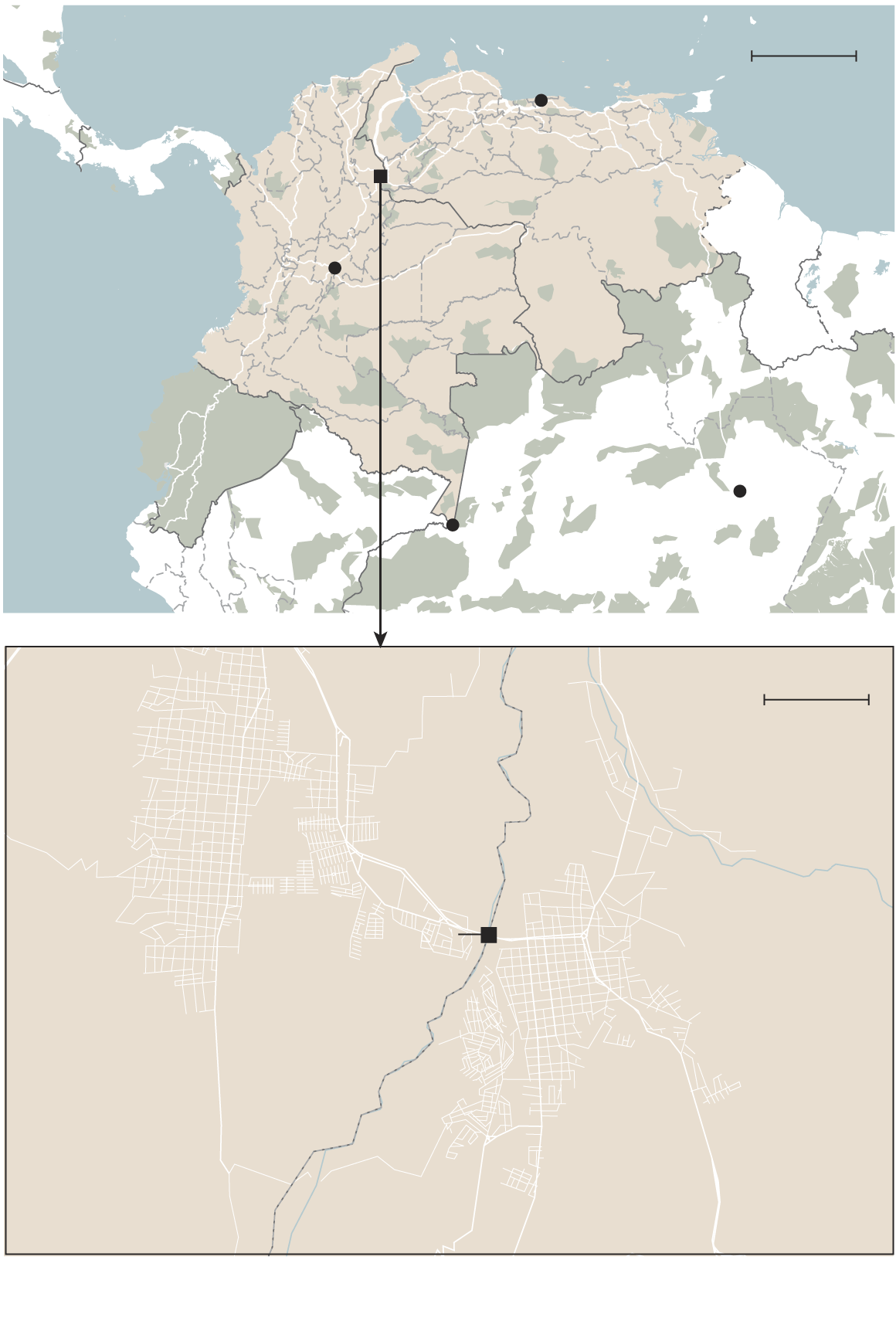 The patterns of migration on this border have changed since the advent of COVID-19. The border may be closed, but there are hundreds of labyrinthine routes available to those wishing to cross for a price. Costs have climbed during the pandemic owing to an increase in the bribes charged by border officials because of the difficulties created by more stringent policing.

Amid Venezuela’s worst-ever economic crisis, which is widely blamed on corruption and mismanagement by President Nicolas Maduro’s economic policies, more than 5.4 million Venezuelans have fled the country. Unemployment, lack of food and medicine, violence, authoritarian crackdowns on political opponents of the regime and electrical blackouts sparked the initial exodus in 2014, and since then, about two million Venezuelans have settled in neighbouring Colombia, with smaller numbers moving to Brazil, Ecuador, Peru and Chile.

According to official figures from Migracion Colombia (Colombia’s border-control agency), as of this March, there were approximately 1,743,000 Venezuelans in Colombia, of whom 94 per cent (1,638,420 as surveyed by the Red Cross) arrived in 2020.

In early February of this year, Colombian President Ivan Duque announced a unilateral legal status for 10 years to any refugee to have entered Colombia before Jan. 31.

In the meantime, Mr. Maduro has consolidated his position by way of fraudulent elections and silencing opposition voices, leading only to an increase in the millions of Venezuelan citizens to have left their homes in search of work in neighbouring regional countries.

Children making the journey run the risk of forced recruitment by armed groups such as the ELN (National Liberation Army) guerrillas and the Venezuelan criminal gang El Tren de Aragua, and young girls are particularly prone to gender violence and sexual exploitation.

“The paramilitaries, the ELN, the Tren de Aragua and the Sinaloa cartel are all here – and they are fighting over control of the trochas,” Ms. Castillo said. “Everyone knows that in the trochas, that’s where the money is generated.” She adds that members of the Colombian police have been involved in charging for the right to pass along these pathways as well.

And now, the spectre of the Brazilian variant (P.1) of COVID-19 crossing into Colombia is becoming a reality, with reports of cases in the neighbouring Venezuelan state of Tachira.

“If there are cases in Tachira, in one minute it’s here,” said Miguel Tonino Botta Fernandez, director of the Hospital Universitario Erasmo Meoz in Cucuta, in an interview.

Numbers of officially reported cases of the virus are down in the city and have been in decline in Colombia as a whole – but an onset of the Brazilian variant, known to spread rapidly, could represent a serious challenge despite the successful management undertaken by the hospital and its staff thus far. At present, according to figures from Colombia’s Ministry of Health, the country has recorded 2,342,000 cases of COVID-19 and 62,150 deaths.

Here lies one of the problems in the fluid nature of the border. Ms. Castillo estimates there to have been at least 10 deaths from COVID in her immediate frontier neighbourhood. As she relates her experiences, the constant background noise is testament to the seemingly never-ending procession of migrants from Venezuela.

“From 1 a.m., we hear the sound of suitcases being dragged along the streets,” Ms. Castillo said.

In a building just two houses down from Asociacion Deredez’s soup kitchen, desperate people often pay 5,000 pesos (C$1.75) for the right to sleep on a piece of cardboard on the floor next to a dozen others, before leaving on the long walk south.

“Things got so bad here five weeks into the total closure of the border, and the trochas last year during the start of the pandemic, that people resorted to eating stray dogs, cats and pigeons,” Ms. Castillo said.

Between Colombians working along the border and Venezuelans moving back and forth, it’s impossible to comprehensively track the spread of COVID-19 in the region.

Migracion Colombia estimates that in January, 2021, alone, 13,000 migrants crossed into the country through Cucuta. To try to set up an “epidemiological barrier zone” in Leticia (home to a large Indigenous population), the government ordered a stop to all commercial flights from the Amazonian city, across the border from the epicentre of the P.1 variant in Manaus, Brazil – but local residents and health experts alike say that with the trochas permanently bustling with people crossing back and forth, there’s no realistic way of containing the virus.

If residents of Leticia consider their government’s biosecurity efforts as largely ineffective, then what of the border with Venezuela, that could host up to as many as 500 trochas (according to Migracion Colombia) connecting the neighbour countries? 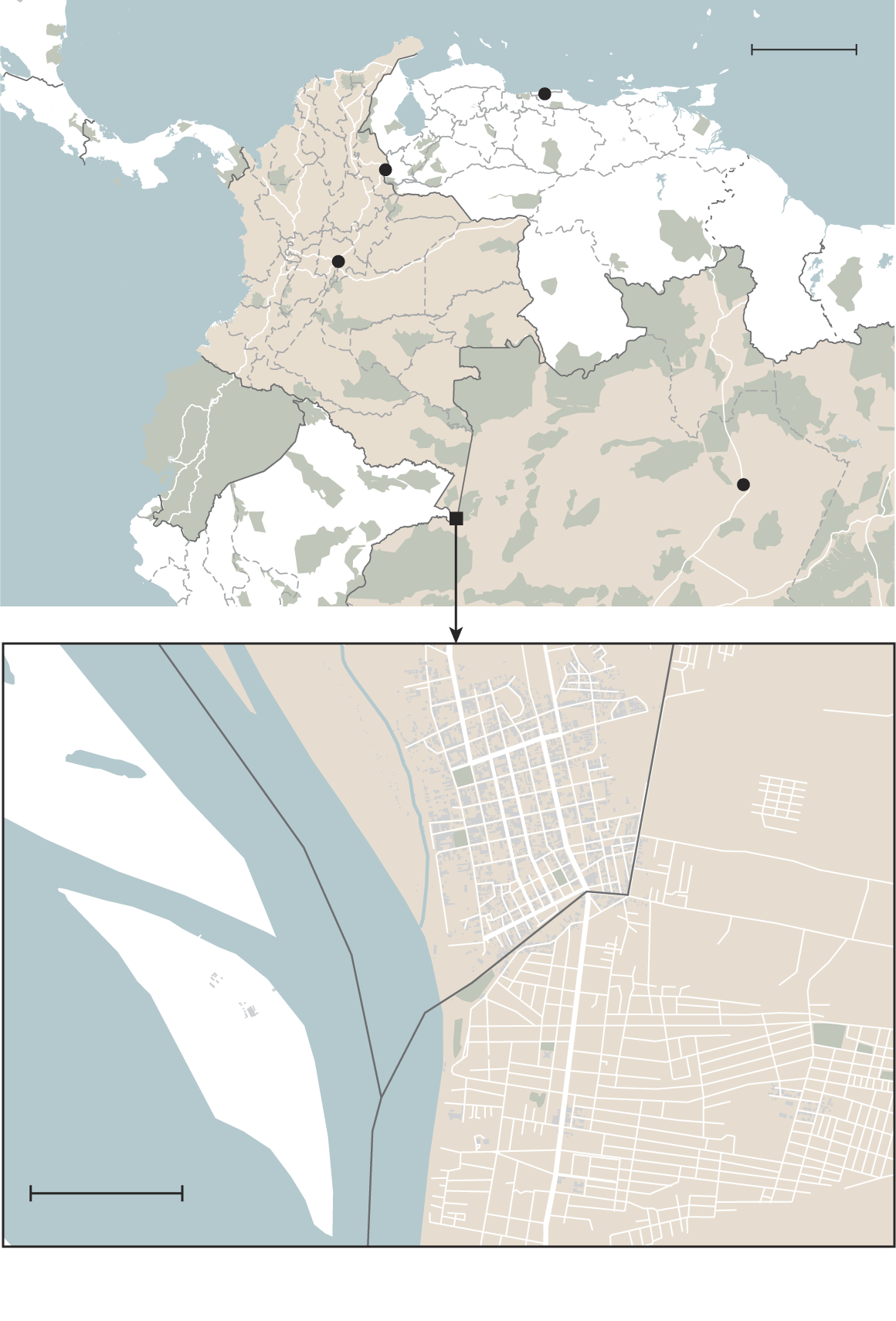 In comparison to other countries in the region, Colombia’s government has been found wanting in its vaccination plan. As of March 31, it had managed a vaccination rate of 3.86 per 100 people – or a total of 1.97 million doses administered, in comparison to Chile’s 53.26 per 100 people – or 10.18 million doses administered, according to data compiled by the Our World in Data project at the University of Oxford.

Migration to Colombia may be down owing to a restriction of movement in Venezuela because of COVID-19 and increased xenophobia in countries in the region, but at the official border crossing at the Simon Bolivar bridge connecting Cucuta with San Antonio de Tachira on the Venezuelan side, the flow continues unabated, with migrants seeking out unofficial “travel agencies” to help facilitate their journey.

Jorge, a freelance “coyote” – someone who smuggles people across the border, though the preferred term in the area is travel “consultant,” or asesor in Spanish – notes that corruption runs rampant at the border and through the region. His services are in such high demand that he’s lost count of the numbers of people he has assisted in their journey.

There is clearly a top-down hierarchy to the layers of criminality found at the border that is merciless in its efficiency and its policing of bribes and income. Journalists are rarely granted permission on the trochas and employees of the so-called travel agencies are wary of photographs.

The first trocha lies just 20 metres from the official crossing at the bridge, where a bored-looking immigration officer fiddles with his cellphone – and 75 metres away is the next. Where once trocheros, as clandestine porters are known, smuggled cut-price gasoline from oil-producing Venezuela for sale in Colombia, now a new gas station is being built on the Colombian side. Roles have been reversed along the lawless border and before long a trade in bootlegging gasoline to Venezuela is sure to crop up, as the Crisis Group has reported.

Amid the continuing instability, the perfect storm of the pandemic, political inefficiency on both sides of the border and the unending displacement of people threatens a continued epidemiological destabilization of the region. For now, however, over at Asociacion Deredez, Ms. Pinilla and Ms. Castillo check to see if they’ll have enough plantains, broth and pasta to make hearty soup for the 300 or so people – maybe more – that they’ll see walking across the border that day.

With additional reporting from Joshua Collins 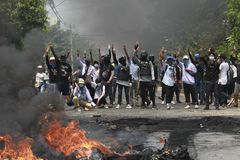 Canada commits nearly $30-million in assistance for Colombia as country grapples with waves of migrants and internal conflict
March 13, 2021 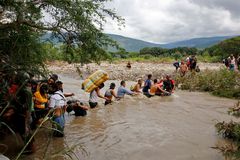 Opinion
Colombia has shown the world how refugees should be treated – with generosity, decency and grace
February 12, 2021