As head of the Commonwealth, the Queen has often celebrated the organization’s great diversity and hailed it as a symbol of strength. But when it comes to her staff at Buckingham Palace, diversity is far less evident.

Figures released Thursday by the Royal Household show that just 8.5 per cent of the Queen’s 508 employees come from ethnic minority backgrounds. Prince Charles fared slightly worse. Only 8 per cent of the 111 staff at Clarence House are people of colour. Both palaces are based in London, where roughly 38 per cent of the population is racialized, according to the latest census.

The statistics were included in annual financial reports released by the palaces and marked the first time the Royal Household has revealed the ethnic makeup of its staff. In recent months the Royal Family has been grappling with allegations of racism made by the Duke and Duchess of Sussex. In a March interview, the Duchess said an unnamed member of the Royal Family expressed concern to Prince Harry about how dark their son Archie’s skin would be. Meghan Markle also said she’d had suicidal thoughts during her time in London and received minimal support from palace officials.

The allegations prompted the Duke of Cambridge to declare; “We’re very much not a racist family.”

On Thursday, officials at Buckingham Palace and Clarence House acknowledged that they needed to do more on diversity. “The household recognizes that our own workforce should reflect the communities that we serve and is committed to building an inclusive workplace,” said a statement from Clarence House. An official at Buckingham Palace told reporters: “We recognize we are not where we would like to be and that despite all our efforts to target recruitment, train managers and build an inclusive workplace, the results have not been what we would like.”

Buckingham Palace hopes to have 10 per cent ethnic minority staff by 2022. “We are committed to improving this, hence we have started to publish diversity statistics to ensure we are open and transparent about our efforts to improve,” the palace official said.

The commitment did little to impress Raj Tulsiani, co-founder of Race Equality Matters, a London-based organization formed out of the Black Lives Matter movement. “I think it’s progressive that they are talking about it, but in this country we’ve had enough talk,” he said in an interview on Thursday. “What we want is transparency and to see what the action plans are.”

Mr. Tulsiani noted that the palaces did not provide any details about where the racialized employees worked. “For me the big question was, out of that 8.5 per cent what levels are the people working at? Are there ethnic minorities in a positions of power and influence? Or are they Gurkhas doing security work at Clarence House?” he asked.

Buckingham Palace has faced criticism before about its history of banning ethnic minorities from positions within the Royal Household. Archival documents published by the Guardian this month showed that in 1968 the Queen’s chief financial manager told civil servants that “it was not, in fact, the practice to appoint coloured immigrants or foreigners” to clerical roles, although he said they could work as servants. The newspaper also noted that the Queen and her household have been exempt from employment equity laws since the 1960s.

In response, Buckingham Palace said the documents did not reflect current hiring practices or attitudes within the Royal Household. Officials also insisted that the palace complied “with the provisions of the Equality Act in principle and in practice” and that the household had its own process for dealing with complaints.

Critics argue it’s time the Queen and her senior officials were subject to employment law. “While it’s welcomed that the palace has published data on its staff diversity, it is still the case that palace staff are not protected from race discrimination, thanks to lobbying from the Queen over the past 40 years,” said Graham Smith, who heads Republic, a group that wants to abolish the monarchy. “There is no justification why anyone should be given an exemption from workplace discrimination laws, particularly our head of state.”

The financial reports also revealed the monetary hit the Queen has taken because of the COVID-19 pandemic.

The Queen receives an annual subsidy from the government, called the Sovereign Grant. It’s in exchange for giving up revenue from the Crown Estate, a £14.3-billion, or $24.5-billion, real estate portfolio that includes buildings, parks and the seabed around England, Wales and Northern Ireland. The grant was calculated at £85.9-million for the fiscal year ending March 31, 2021, which included £34.4-million to refurbish Buckingham Palace.

Because the Crown Estate isn’t growing, the grant won’t increase. “The COVID-19 pandemic will have an impact on the finances of the sovereign grant for a number of years,” the palace said in the report.

The Queen generates about one-third of her annual income from visitor admissions to royal palaces and other related activity. The pandemic forced the palaces to close for most of 2020 and, as a result, the additional revenue fell to £9.4-million from £20.2-million in the previous year. “The dramatic impact of COVID-19 continues to be felt on our ability to generate income to support our expenditure, but we will continue to manage any impacts through our own efforts and efficiencies,” said Sir Michael Stevens, the Keeper of the Privy Purse. 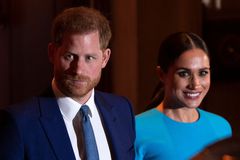 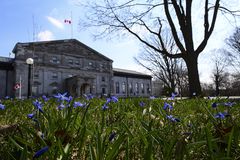