An Order of Canada recipient found guilty of sexually assaulting children intends to appeal a verdict delivered this week, 14 months after he was arrested at his house overlooking the Himalayas in Nepal, where he had spent the night with two young boys.

Peter Dalglish, a globe-trotting advocate for children who held multiple United Nations posts, was accused of sexually abusing the two boys, who provided graphic but inconsistent accounts of what they said Mr. Dalglish did to them. Police also found pictures of naked children in his home, although, Mr. Dalglish has argued those images were innocent in nature.

A court in Nepal found him guilty this week, although, it has not yet released the detailed text of the verdict. Sentencing is not likely to take place for another month.

The verdict comes after a series of delays in court proceedings that Mr. Dalglish’s legal counsel has likened to harassment.

“It just shows that they wanted him in prison,” said Rahul Chapagain, a Kathmandu-based lawyer who has represented him.

Mr. Dalglish did not speak when the verdict was delivered, Mr. Chapagain said.

“Obviously, we took the news as a shock, but we sustained him. He was relatively calm,” Mr. Chapagain said. Friends in Nepal were present, as were Canadian diplomats, he said.

“We respect the court’s decision, but we will appeal,” he added.

The case against Mr. Dalglish has been marked by vivid allegations and dramatic contradictions.

Mr. Dalglish was arrested at gunpoint on April 7, 2018. The two boys who made allegations against him were in the house at the time. But those boys, 12 and 14 at the time, have given different accounts of what took place, according to lawyers for Mr. Dalglish.

According to court documents and Nepal police, Mr. Dalglish acknowledged abusing children shortly after his arrest, saying he had himself been sexually assaulted as a boy. But Mr. Dalglish subsequently denied that admission, blaming it on a translation error. He told The Globe and Mail in a detention centre interview in April, 2018, that he had “never” done the things he was accused of.

Police also discovered photographs of naked children in Mr. Dalglish’s home. His lawyer has said the photos showed impoverished children he had encountered on his travels around the world.

A third person who made detailed allegations against Mr. Dalglish to police subsequently invalidated each of his own statements while in court.

Over the course of his career, Mr. Dalglish delivered aid to famine-struck Ethiopia, worked with the children of murdered parents in Guatemala, evacuated children from war-torn Sudan, taught sex workers’ children in India, responded to the Ebola crisis in Liberia, founded an organization that helped street kids around the world and oversaw skills training in Afghanistan. He often paid school fees for poor children, took them on international trips and invited them to his home.

Mr. Dalglish is a former teacher at Upper Canada College who worked at the school between 1998 and 2002. After his arrest last year, the school sent an e-mail to parents and alumni asking anyone with knowledge of any inappropriate conduct involving Mr. Dalglish to come forward. “To date, no one has let us know that they were a victim of inappropriate conduct by Mr. Dalglish during his time as a teacher at the College,” Marnie Peters, a spokesperson for UCC, wrote in an e-mail.

He later became executive director of the South Asia Children’s Fund, senior adviser to the AWR Lloyd Foundation and a technical adviser on a series of United Nations-related postings. He wrote two books, including The Courage of Children: My Life with the World’s Poorest Kids. He was awarded the Order of Canada in 2016. His citation from the governor-general’s office says he “has devoted his life to helping children escape poverty.”

“He counts his steps and everything. He is keeping his mind and his body sound, even in this challenging time,” Mr. Chapagain said. 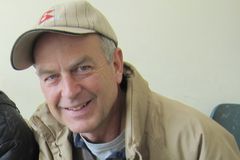 Order of Canada recipients include critics of Trudeau government
June 29, 2018 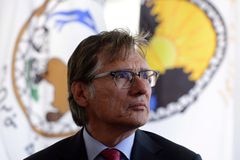