Ottawa will airlift more than 230 Canadian passengers stranded aboard a cruise ship off the coast of California to an Ontario military base, the federal government said Sunday.

Global Affairs Canada said it had secured a plane to transport Canadians on board the Grand Princess to Canadian Forces Base Trenton, where they will be quarantined for 14 days. Passengers will be screened for symptoms of COVID-19, the disease caused by the novel coronavirus, before being allowed to return to Canada.

“If they exhibit symptoms, they will not be permitted to board and will instead be further assessed to determine next steps,” the department said.

The government decided to repatriate Canadians on the Grand Princess after a request from the U.S., Foreign Affairs Minister François-Phillippe Champagne said.

The Grand Princess, carrying more than 3,500 passengers and crew, has been sitting in the waters off San Francisco since Wednesday night, after California Governor Gavin Newsom announced last week he would not allow the ship to dock at its regular terminal over fears of spreading the virus. The 15-day Hawaiian cruise was cut short after news that a 71-year-old California passenger who had been on the ship for a previous cruise to Mexico had died of complications from the novel coronavirus, which has sickened more than 100,000 people worldwide.

U.S. health officials say 21 people aboard the ship have tested positive for the virus – 19 crew and two passengers. At least eight Canadians tied to the previous Mexican cruise have also been found to have the illness.

American officials are preparing to dock the Grand Princess at a decommissioned terminal at the Port of Oakland – a large industrial shipyard east of San Francisco – some time on Monday. The ship will be allowed into the port just long enough for passengers to disembark and be moved elsewhere while the crew remains quarantined on board.

California officials said Sunday that the process could take two-to-three days with sick passengers and California residents getting priority. U.S. residents would be moved to air force and naval bases in California, Georgia and Texas to be tested and quarantined.

News of the federal government’s plan to repatriate Canadians came as a relief to Canadian passengers aboard the ship.

Former Ontario attorney-general John Gerretsen and his wife, Assunta, have been sitting in their interior cabin on the 11th floor of the ship for the past three days and were looking forward to the 30 minutes they would be allowed to go on ship’s deck Sunday evening. They were not among the people who had been tested on board, but they were feeling healthy.

He said it had been difficult to spend days in the small mirrored room, but he commended the ship’s crew and applauded the Canadian government’s plan.

“It will be great to get back to Canada,” he said.

Rhian Torontow, a Toronto-area travel agent who is on the cruise with her mother, Carol Baldwin, as part of training with Princess Cruises, said “Today has been a good day so far." The pair were staying in an inside cabin and learned Sunday afternoon that they will finally be allowed to leave their cabins and to get some fresh air for the first time since passengers were ordered confined to their rooms on Thursday.

The cruise ship industry has found itself at the centre of the global coronavirus outbreak, with officials in the U.S. and Canada warning travellers – particularly seniors and those with serious health problems – to avoid cruise travel.

Along with the Canadians now aboard the Grand Princess, health officials were tracking another 267 Canadians – 127 of them from British Columbia – who were on the previous trip, sailing to Mexico aboard the ship between Feb. 11 and 21. Provincial health agencies had identified eight people tied to that voyage who had tested positive for the virus – three in Alberta, two each from B.C. and Ontario, and one from Quebec.

Carnival Corp., the parent company of Princess Cruises, said it believed the California passenger who died was already infected when he boarded the ship, where he spread the virus to two wait staff. Health officials in Placer County, where the passenger was from, disputed that finding, saying they believed the man contracted the illness in Mexico.

Jan Swartz, group president of Princess Cruises and Carnival Australia, said Saturday that the company has implemented lessons learned from the Diamond Princess cruise, which is also operated by the company and whose quarantining in Yokohama, Japan, last month was criticized for being slow and inadequate. Seven passengers on that ship have died, and more than 700 others were infected.

Crews aboard the Grand Princess were delivering prescription medication request forms, pumping more fresh air into rooms and requiring all crew members wear masks, she said. Passengers were being told to stay at least six feet away from one another when leaving their cabins. 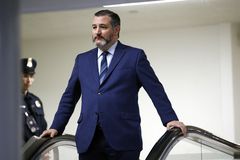 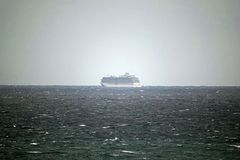 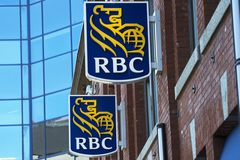 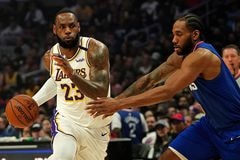 Follow Tamsin McMahon, Andrea Woo and Kristy Kirkup on Twitter @tamsinrm @andreawoo @kkirkup
Report an error Editorial code of conduct
Due to technical reasons, we have temporarily removed commenting from our articles. We hope to have this fixed soon. Thank you for your patience. If you are looking to give feedback on our new site, please send it along to feedback@globeandmail.com. If you want to write a letter to the editor, please forward to letters@globeandmail.com.
Comments