Paul WaldieEurope Correspondent
London
Published May 12, 2021 Updated May 13, 2021
Comments
Text Size
Please log in to listen to this story. Also available in French and Mandarin. Log In Create Free Account

As Canada and other countries consider mixing COVID-19 vaccines, a British study has found that people experience more chills, fatigue and general malaise after receiving a different vaccine as a second shot.

The study by researchers at the University of Oxford compared combinations of the Oxford-AstraZeneca and Pfizer-BioNTech vaccines in 830 volunteers. It examined the side effects people experienced after two shots of the same vaccine versus a mix of injections.

Those who received a mixture of doses – the AstraZeneca shot followed by Pfizer or vice versa – were more likely to experience feverishness, chills, fatigue, headache, joint pain, malaise and muscle ache than those who received the same vaccine for both shots.

For example, about 10 per cent of participants who received two jabs of the AstraZeneca vaccine experienced chills, whereas 40 per cent who got the AstraZeneca shot followed by a Pfizer shot suffered that side effect. Roughly 25 per cent of the volunteers who had two jabs of the Pfizer product developed chills, compared with 45 per cent of those injected with Pfizer and then AstraZeneca. Most of the side effects were mild or moderate and only lasted a couple of days. None of the participants had to be hospitalized.

“It’s a really intriguing finding and it’s not something necessarily that we were expecting to see – such a consistent signal,” said Matthew Snape, an associate professor in general pediatrics and vaccinology at Oxford who led the study.

Dr. Snape said the findings raise important considerations for health officials considering combining vaccines. “One of the things [the results] are telling us, for example, is you wouldn’t want to immunize a ward full of nurses on the same day with a mixed schedule because you may have higher rates of absenteeism the next day,” he said. “Maybe in those countries that are starting to think about using these schedules – and there are quite a lot of countries that are thinking of using these mixed schedules – they may need to prepare for high rates of absenteeism.”

Health officials in Canada and elsewhere have been considering mixing doses because of supply issues and concerns that the AstraZeneca vaccine may be linked to rare blood clots. Ontario and Alberta have stopped using the vaccine, raising the likelihood that hundreds of thousands of people who have received their first shot of that product will now be offered an alternative – likely the Pfizer or Moderna vaccine – for their booster shot.

Britain has one of the most advanced COVID-19 vaccination programs in the world – built largely around the AstraZeneca vaccine, which accounts for roughly 60 per cent of all injections. British health officials said recently that people under the age of 40, the next group to be immunized, should be offered an alternative whenever possible, but they have not banned the vaccine for any ages. Germany recently scrapped its restriction limiting the vaccine to people 60 or older; the country is now offering it to all adults.

Dr. Snape said he and his fellow researchers have submitted their findings to health officials in Canada and several other countries. “Some are weighing up concerns about the risk of [clotting] after the AstraZeneca vaccine versus what we are now presenting – that actually if you do mix and match your schedules, you are going to see increased risk of these systemic reactions,” he said.

The study only involved people 50 or older, and participants received their second jab four weeks after the first. The researchers are now examining side effects in participants who received two doses 12 weeks apart. “I’m not expecting any difference. I think we’d see a similar pattern at the end of a 12-week window,” Dr. Snape said.

He added that reactions in younger people would likely be the same or even stronger. “We have in general seen higher rates of reaction in younger age groups, and I think that could be relevant here,” he said. “There’s no reason to think would be different.

The team is also examining the immune response from the various combinations of vaccines and expects to have results in a few weeks. “The full picture will be clearer when we see the antibody picture and see whether this [adverse reaction] has led to an improved immune response,” Dr. Snape said. “We know that at an individual level that doesn’t always apply. You’d like to think that if you had a really strong vaccine reaction, and had fever and so on, that means you have a better immune response. That correlation isn’t as robust as you might expect as it happens.”

Adverse reactions to vaccines tend to happen because the jab initially stimulates the body’s immune system, the first line of defence against foreign matter. Dr. Snape said this initial defence, which triggers an inflammatory response, only lasts a few days, when antibodies and T-cells take over. 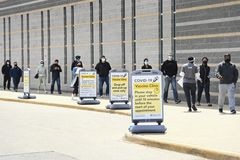 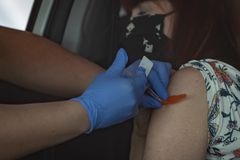 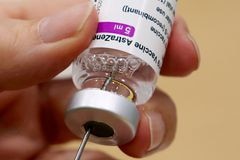