Long before he became one of the Trump administration’s most vociferous critics of free trade, Peter Navarro was an academic and aspiring politician in San Diego who ran for Congress as a Democrat, championed the environment and led a campaign to stop the city’s powerful real estate developers.

Mr. Navarro, a 68-year-old Harvard-trained economist, has taken an unlikely path to the White House as Mr. Trump’s top trade adviser. The lone academic on the President’s economic advisory council, his polarizing views on China’s trade policies have alienated him from many mainstream economists and antagonized more moderate factions of the Trump administration.

Yet Mr. Navarro has emerged as a key figure in his country’s escalating trade disputes. He was a strong opponent of the Trans-Pacific Partnership, which Mr. Trump pulled out of in his first month in office.

He has also supported Mr. Trump’s threats to walk away from the North American free-trade agreement and pushed for the imposition of 25-per-cent tariffs against US$50-billion in Chinese goods, which Mr. Trump approved on Friday.

Former colleagues and political associates in California say they were shocked to find Mr. Navarro had reinvented himself as an ardent supporter of a Republican real estate tycoon. But they were less surprised by his comments on the heels of last weekend’s G7 meeting in Quebec that there is “a special place in hell” for Prime Minister Justin Trudeau – comments for which he later apologized.

They say Mr. Navarro shares not only the President’s stridently protectionist views on trade, but his penchant for the spotlight and his combative persona. “It was pretty classic Peter Navarro,” says Lisa Ross, who worked on several of Mr. Navarro’s political campaigns in San Diego. “Articulate hyperbole, and the perfect sound bite that played all week.” Mr. Navarro did not respond to the Globe’s requests for an interview.

A long-time business professor at University of California, Mr. Navarro spent the better part of the 1990s focused on political issues in San Diego, where he headed a group pushing to slow the city’s growth and helped to successfully defeat a proposal to open up 5,000 hectares of green space for development. “He was the guy waving his arms in front of the bulldozers,” Ms. Ross said.

In his 1996 bid for Congress, he positioned himself as a brash, anti-establishment outsider who could sway independent voters in a district considered a prime target for Democrats looking to retake the House.

Hillary Clinton, then first lady, campaigned for him in California. In San Diego Confidential, a tell-all memoir Mr. Navarro wrote about his bid for public office, he called Ms. Clinton “one of the most gracious, intelligent, perceptive and, yes, classy women I have ever met.” Decades later Mr. Navarro would refer to her on the Trump campaign trail as “the job-destroyer Hillary.”

In his writings, Mr. Navarro chalks up his multiple political defeats to the power of San Diego’s business establishment and his opponents’ dirty tricks, although polls and focus groups turned up that many voters were put off by his aggressive personality and his fierce attacks on his opponents. “Everything is a war with him,” one voter told his pollsters.

At UC Irvine, Mr. Navarro’s expertise was in energy deregulation, not trade. He began to focus on trade with China around 2004, when he noticed that many of the students in his part-time MBA program for working professionals began losing their jobs. “All roads quickly pointed to China,” he wrote in the San Francisco Chronicle in 2016.

Mr. Navarro has published three books on China since 2006, pointing to the country’s entry into the World Trade Organization in 2001 as the primary trigger behind the decline of U.S. economic dominance.

He portrays China as dedicated to stealing U.S. jobs and undermining the country’s defence industry, even as it pollutes the environment and harms consumers with its defective manufactured goods.

“The research he did for writing his books changed him,” says Michele Nash-Hoff, who runs a manufacturing sales agency in San Diego and is a member of the Coalition for a Prosperous America, the industry group that supports a hard-line stand on tariffs and NAFTA negotiations.

His 2012 documentary, Death By China, depicts China as a cartoon knife plunging into a bleeding map of America, while its economic policies are shown as bombs and missiles described as “weapons of job destruction.”

Many China experts take issue with Mr. Navarro’s lack of deep experience working in China. “Asking Peter for advice on trade relations with China is a little bit like asking a plumber to take out your appendix; there’s a little bit of knowledge there but not much,” says John Graham, a retired professor of international business who worked with Mr. Navarro at UC Irving for 25 years.

While economists and foreign policy experts do agree with some of Mr. Navarro’s complaints against China, including its export subsidies and its environmental and human-rights abuses, they largely disagree with his view of global trade as a zero-sum game where the winners are countries such as China, Canada and Mexico, and the loser is the United States.

“I think five years ago, Navarro would have been seen as way out of consensus,” says Ian Bremmer, president of political research and consulting firm Eurasia Group, who has known Mr. Navarro for years. “Now the consensus is moving closer to him.”

More troubling for analysts such as Mr. Bremmer is Mr. Navarro’s vision of what the Trump administration should do about U.S. trade imbalances. Mr. Bremmer argues that rather than tariffs and protectionist policies, the White House should focus on shoring up domestic industry through investments in research and development, while cultivating stronger ties to America’s global allies if it wants to retain its influence over the global economy.

“I think Navarro’s view is we can do it ourselves,” he says. “And I think that’s a problem. Because China is a lot more powerful, and is getting so every day.” 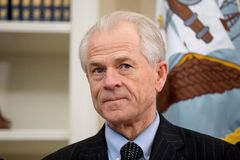 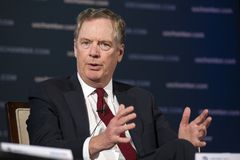