The vaccines made by Pfizer-BioNTech and Moderna set off a persistent immune reaction in the body that may protect against the coronavirus for years, scientists reported Monday.

The findings add to growing evidence that most people immunized with the mRNA vaccines may not need boosters, so long as the virus and its variants do not evolve much beyond their current forms – which is not guaranteed. People who recovered from COVID-19 before being vaccinated may not need boosters even if the virus does make a significant transformation.

“It’s a good sign for how durable our immunity is from this vaccine,” said Ali Ellebedy, an immunologist at Washington University in St. Louis who led the study, which was published in the journal Nature.

The study did not consider the coronavirus vaccine made by Johnson & Johnson, but Ellebedy said he expected the immune response to be less durable than that produced by mRNA vaccines.

If vaccination is the way out of the pandemic, why are a quarter of eligible Canadians still without a first shot?

Ellebedy and his colleagues reported last month that in people who survived COVID-19, immune cells that recognize the virus lie quiescent in the bone marrow for at least eight months after infection. A study by another team indicated that so-called memory B cells continue to mature and strengthen for at least a year after infection.

Based on those findings, researchers suggested that immunity might last for years, possibly a lifetime, in people who were infected with the coronavirus and later vaccinated. But it was unclear whether vaccination alone might have a similarly long-lasting effect.

Ellebedy’s team sought to address that question by looking at the source of memory cells: the lymph nodes, where immune cells train to recognize and fight the virus.

After an infection or a vaccination, a specialized structure called the germinal centre forms in lymph nodes. This structure is an elite school of sorts for B cells – a boot camp where they become increasingly sophisticated and learn to recognize a diverse set of viral genetic sequences.

The broader the range and the longer these cells have to practice, the more likely they are to be able to thwart variants of the virus that may emerge.

“Everyone always focuses on the virus evolving – this is showing that the B cells are doing the same thing,” said Marion Pepper, an immunologist at the University of Washington in Seattle. “And it’s going to be protective against ongoing evolution of the virus, which is really encouraging.”

After infection with the coronavirus, the germinal centre forms in the lungs. But after vaccination, the cells’ education takes place in lymph nodes in the armpits, within reach of researchers.

Ellebedy and his colleagues recruited 41 people – including eight with a history of infection with the virus – who were immunized with two doses of the Pfizer-BioNTech vaccine. From 14 of these people, the team extracted samples from the lymph nodes at three, four, five, seven and 15 weeks after the first dose.

That painstaking work makes this a “heroic study,” said Akiko Iwasaki, an immunologist at Yale. “This kind of careful time-course analysis in humans is very difficult to do.”

Ellebedy’s team found that 15 weeks after the first dose of vaccine, the germinal centre was still highly active in all 14 of the participants, and that the number of memory cells that recognized the coronavirus had not declined.

“The fact that the reactions continued for almost four months after vaccination – that’s a very, very good sign,” Ellebedy said. Germinal centres typically peak one to two weeks after immunization, and then wane.

“Usually by four to six weeks, there’s not much left,” said Deepta Bhattacharya, an immunologist at the University of Arizona. But germinal centres stimulated by the mRNA vaccines are “still going, months into it, and not a lot of decline in most people.”

Bhattacharya noted that most of what scientists know about the persistence of germinal centres is based on animal research. The new study is the first to show what happens in people after vaccination.

The results suggest that a vast majority of vaccinated people will be protected over the long term – at least, against the existing coronavirus variants. But older adults, people with weak immune systems and those who take drugs that suppress immunity may need boosters; people who survived COVID-19 and were later immunized may never need them at all.

Exactly how long the protection from mRNA vaccines will last is hard to predict. In the absence of variants that sidestep immunity, in theory immunity could last a lifetime, experts said. But the virus is clearly evolving.

“Anything that would actually require a booster would be variant-based, not based on waning of immunity,” Bhattacharya said. “I just don’t see that happening.”

People who were infected with the coronavirus and then immunized see a major boost in their antibody levels, most likely because their memory B cells – which produce antibodies – had many months to evolve before vaccination.

The good news: A booster vaccine will probably have the same effect as prior infection in immunized people, Ellebedy said. “If you give them another chance to engage, they will have a massive response,” he said, referring to memory B cells.

In terms of bolstering the immune system, vaccination is “probably better” than recovering from the actual infection, he said. Other studies have suggested that the repertoire of memory B cells produced after vaccination is more diverse than that generated by infection, suggesting that the vaccines will protect better against variants than natural immunity alone.

Ellebedy said the results also suggested that these signs of persistent immune reaction might be caused by mRNA vaccines alone, as opposed to those made by more traditional means, like Johnson & Johnson’s.

But that is an unfair comparison, because the Johnson & Johnson vaccine is given as a single dose, Iwasaki said: “If the J & J had a booster, maybe it will induce this same kind of response.” 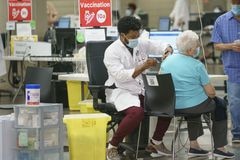 Opinion
Choosing one vaccine over another is bad news for Canada’s fight against COVID-19
June 22, 2021 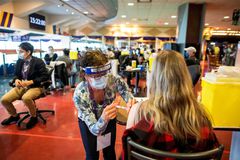