Federally funded family planning clinics, including Planned Parenthood, are defying the Trump administration’s ban on referring women for abortions, drawing a line against what they say amounts to keeping patients in the dark about legitimate health care options.

The fallout from the confrontation between the Trump administration and the clinics remains to be seen, but groups like the American Medical Association have been warning that many low-income women could lose access to basic services like contraception. Planned Parenthood’s announcement came on a day when it also replaced its president, although it’s unclear if there was any connection.

The Department of Health and Human Services formally notified the clinics Monday that it will begin enforcing the new regulation banning abortion referrals, along with a requirement that clinics maintain separate finances from facilities that provide abortions. The rule is being challenged in federal court, but the administration says there is currently no legal obstacle to enforcing it.

It’s part of a broader effort by the Trump administration to remake government policy on reproductive health.

In a statement, HHS did not address Planned Parenthood’s decision, but said the agency is committed to working with clinics so they can comply with the new rules. While abortion referrals are prohibited, HHS noted that clinicians can still offer neutral “nondirective counselling” on abortion.

With about 400 affiliated clinics, Planned Parenthood is the largest provider in the federal family planning program for low-income women, known as Title X. The program does not pay for abortions, but until now clinics had been able to refer women for the procedure. Planned Parenthood clinics have long been a target for religious and social conservatives closely allied with the administration because the clinics separately provide abortions.

Planned Parenthood acted after its Illinois affiliate and an independent provider, Maine Family Planning, announced they were dropping out of the federal program. Planned Parenthood’s also abruptly announced the departure of its president, physician Leana Wen, who cited “philosophical differences” in a letter to the staff. Political organizer Alexis McGill Johnson was named as acting president.

Ayers said Tuesday that Planned Parenthood clinics will stop accepting federal money and tap emergency funding as they press Congress and the courts to reverse the administration’s ban. She said she’s not sure how long that backup funding will last.

The federal family planning program serves about 4 million women annually through independent clinics. Taxpayers provide about $260 million a year in grants to clinics. But that money by law cannot be used pay for abortions.

The family planning rule is being challenged around the country in court cases that have yet to resolve the core issues involved. However, a nationwide preliminary injunction that had blocked the administration was recently set aside, allowing HHS to begin enforcing the rule.

The religious conservative Family Research Council said in a statement the rule would “draw a bright line between abortion and family planning programs” and cheered the news that clinics that had been long-time participants are dropping out. That’s “freeing up funding opportunities for clinics that do not promote or perform abortions,” the statement said.

Social conservatives are a bulwark of President Donald Trump’s political base.

Abortion is a legal medical procedure, but federal laws prohibit the use of taxpayer funds to pay for abortions except in cases of rape or incest or to save the life of the woman.

Another requirement of the Trump administration’s rule, to take effect next year, would bar clinics and abortion providers from sharing physical space.

The AMA is among the professional groups opposed to the administration’s policy, saying it could affect low-income women’s access to basic medical care, including birth control, cancer screenings and testing and treatment for sexually transmitted diseases.

Religious conservatives see the regulation as a means to end what they call an indirect taxpayer subsidy of abortion providers.

Although abortion remains politically divisive, the U.S. abortion rate has dropped significantly, from about 29 per 1,000 women of reproductive age in 1980 to about 15 per 1,000 in 2014. Better contraception, fewer unintended pregnancies and state restrictions may have played a role, according to a recent scientific report. Polls show most Americans do not want the Supreme Court to overturn Roe v. Wade, the 1973 ruling that legalized abortion.

The Trump administration’s policy echoes a Reagan-era regulation that barred clinics from even discussing abortion with women. It never went into effect as written, although the Supreme Court ruled it was appropriate.

The policy was rescinded under President Bill Clinton, and a new rule took effect requiring “nondirective” counselling to include a full range of options for women. The Trump administration is now rolling back the Clinton requirement. 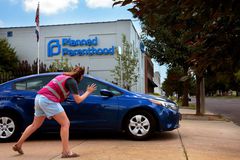 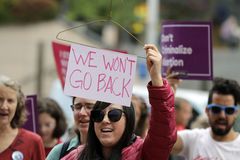 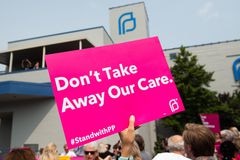