Like a lot of Poles who grew up during the Second World War, Andrzej Krolicki is a proud patriot whose reading of history has left him with a deep-seated suspicion of Ukrainians.

So when the 83-year-old retired businessman and his wife, Teresa, offered to take in a mother from Ukraine and her daughter, his family was more than a little surprised.

Further shock came when the Ukrainians – Olha Voronetska and 13-year-old Anastasia – turned out to be from Volyn, a part of western Ukraine that’s forever linked to events during the Second World War that still provoke bitter division. 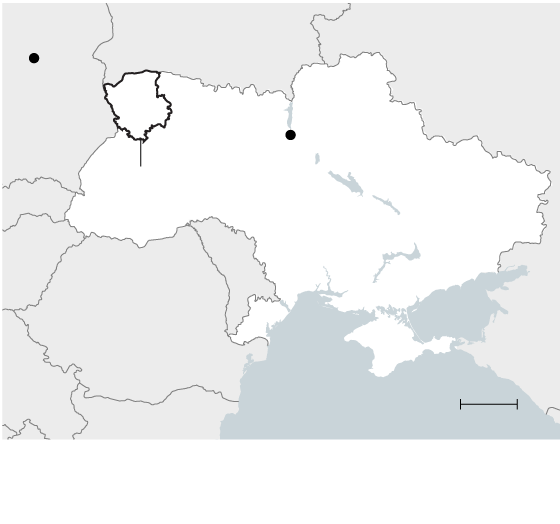 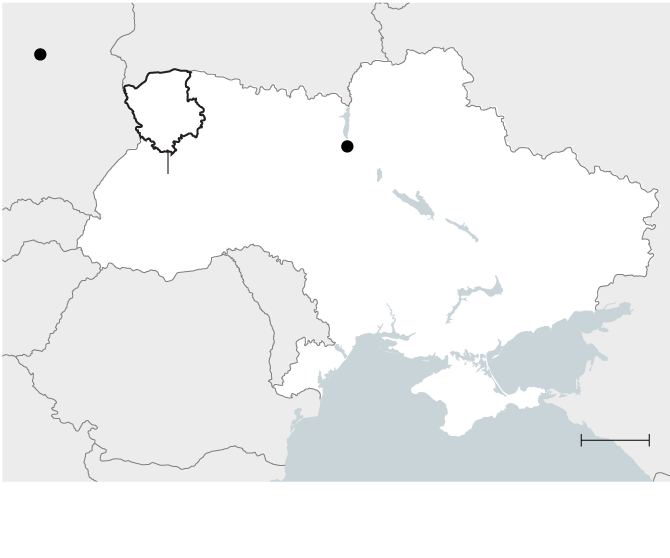 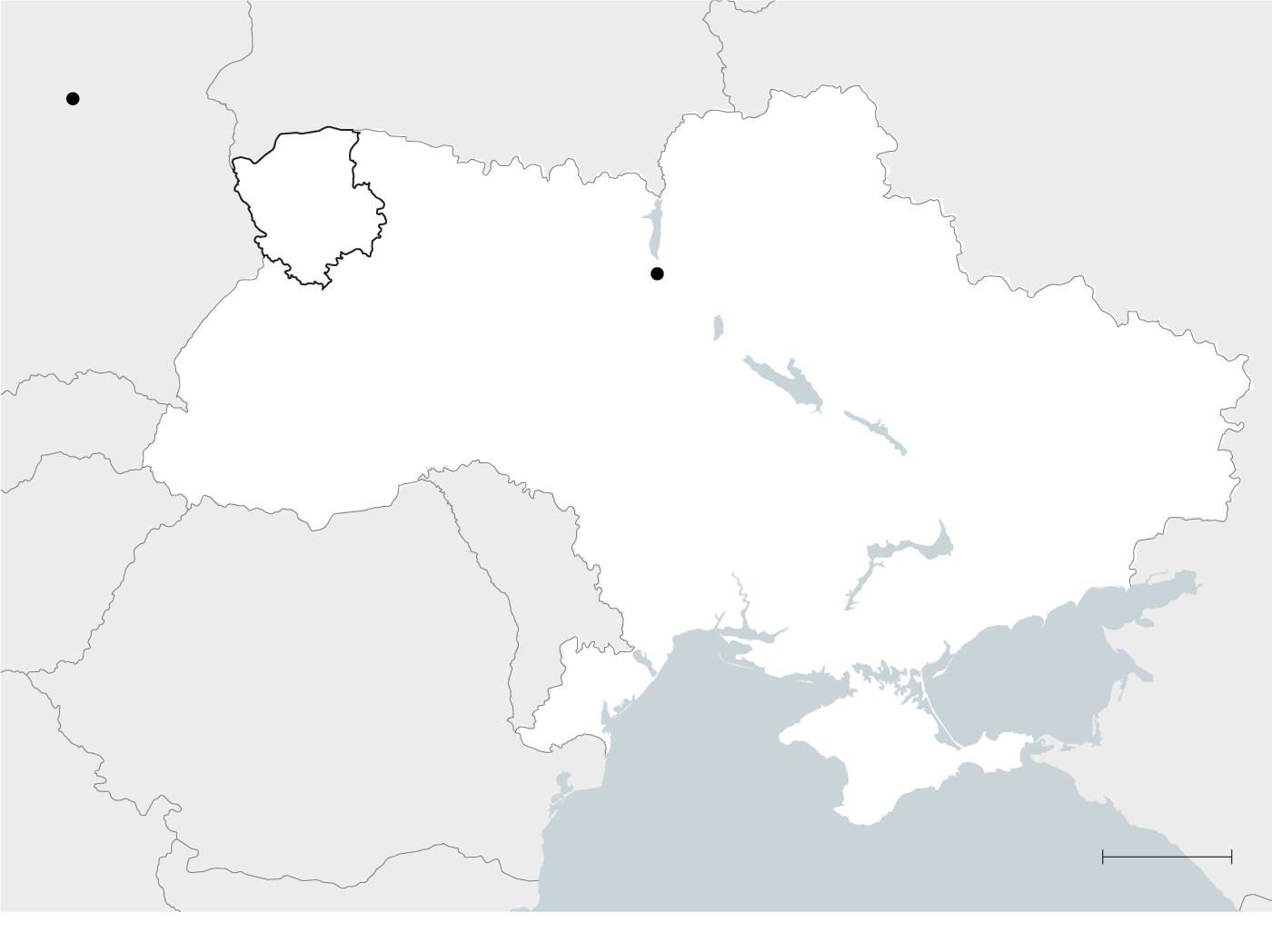 The mere mention of Volyn – a section of Volhynia that belonged largely to Poland until after the war – can send Mr. Krolicki into a tirade. He’ll go on at length about Stepan Bandera and how his nationalist forces slaughtered tens of thousands of Poles across the region in 1943 in a bid for Ukrainian independence. “They killed everyone including small children, like animals,” Mr. Krolicki said, his voice building with rage. “For us, Bandera was a criminal, a murderer.”

Ms. Voronetska grew up learning a different story. For her, Bandera was a hero who fought the Soviets and Germans so that Ukraine could be free. He’s a glorified figure throughout western Ukraine and commemorated with statues and street names. “I am from Volhynia,” she told Mr. Krolicki during Easter dinner as the two pored over a map to pinpoint her village of Kutriv. Then she added with a smile: “I am Bandera.”

The unlikely pairing of Mr. Krolicki and Ms. Voronetska should have been doomed from the start. How could their differences and blunt opinions co-exist? Wouldn’t intolerance drive them apart?

That hasn’t happened. Somehow this combination of personalities, nationalities and generations has not only survived, it has thrived. Somehow just by opening his door, Mr. Krolicki has found a way to change the lives of three people: Ms. Voronetska, Anastasia and himself.

They’ve been living under the same roof since early March when a friend told Mr. Krolicki about a mother and daughter from Ukraine who needed a place to stay. He didn’t hesitate to offer rooms in his home in a village outside Warsaw.

Ms. Voronetska was in Poland before the war started. When the first Russian bombs fell on Feb. 24, she rushed back home to get Anastasia, who was living with her grandmother. She told her daughter to pack quickly and they left for the Polish border, which was teeming with thousands of people trying to get out.

Anastasia was fearful about leaving home, but she only had time to grab some clothes and a notebook of unfinished drawings. “I was afraid to change places,” she later recalled.

Ms. Voronetska’s two other children – a 21-year-old son and a 24-year-old daughter – faced a more dire predicament. They lived in Vorzel, a Kyiv suburb that was occupied by Russian soldiers for three weeks in March. The siblings spent days hiding in a basement and eventually made it to safety. “We were all praying,” Ms. Voronetska said. Her older daughter eventually came to Warsaw and lives with Ms. Voronetska’s ex-husband while her son is in Kyiv with his grandparents.

When Ms. Voronetska arrived at the Krolicki home, she worried about where to find a job and how Anastasia would adjust to a new country, a new language and a new school.

Mr. Krolicki had challenges too. He once ran an agricultural equipment business during the Communist era but he had to close it in the 1990s when Poland and the economy went through radical changes. He and his wife now get by on a small pension. Their lives became more complicated after a car accident left Ms. Krolicki needing extensive rehabilitation.

There was some tension when Mr. Krolicki first met Ms. Voronetska. He didn’t hide his views about Volhynia but Ms. Voronetska’s good nature was disarming. “She started laughing that for her Bandera is a hero,” he recalled with a smile. “If you are vindictive, we have to just close the door, but we are not.”

They soon found a way to connect and support each other.

Ms. Voronetska found work sewing flags at a factory in Warsaw. She heads out every workday on a bus that Mr. Krolicki helped put in place for his village. He pushed local officials years ago for a bus to Warsaw and he won’t hesitate to make sure it continues.

Anastasia went to the community school and she finished the year with honours, scoring top grades in every subject including Polish language. Mr. Krolicki has obtained a grant from the village council for her to go on a trip to the Polish seaside in August. And in another surprise to his relatives, he’s turned over part of his spacious backyard – which he watches over carefully – for Anastasia and her mother to grow vegetables.

On warm summer weekends, the families often gather for barbecues in the Krolickis’s yard. They roast sausages on an open fire and share stories over beer and soda. Mr. Krolicki has taught Anastasia to shoot a pellet gun and he’s given Ms. Voronetska a try at using his divining rod to find pools of underground water.

During one recent gathering Ms. Voronetska talked about where she grew up and she tried to explain the complicated history. “We lived with Ukrainians, Germans, Czechs. A mix. Everybody lived normal,” she said. “When the Soviets came they destroyed the relationships.”

She has a simple explanation for how she has managed to ease Mr. Krolicki’s long-held suspicion of Ukrainians. “If you meet new Ukrainians, you would have new thinking. I try to be normal,” she said. “People are like a mirror. It’s working if you are a good person.”

Mr. Krolicki’s sometimes gruff demeanor has clearly softened and he’s come to view Ms. Voronetska and Anastasia as family. “We don’t lock the door and also they don’t lock their door,” he said proudly.

After some reflection he added: “I have hope that after the war, Ukrainian people and Poles will be talking normally. That doesn’t mean that we don’t remember history and the massacre. But maybe one day, the two separate countries will think together like a friend.”