U.S. Secretary of State Mike Pompeo said on Friday the United States would use the United Nations General Assembly this month to persuade countries to help “call out” China over treatment of its Uighur Muslim minority.

Asked after a speech at Kansas State University how Washington had been promoting an end to the oppression of Uighurs in China, Mr. Pompeo told an audience there: “Insufficiently, because it’s still going on.”

“We are going to have this UN General Assembly in the third week in September. We’ll do a number of gatherings, where our efforts will be to get other countries to sign up to help us call out this activity,” Mr. Pompeo said.

“We want freedom for those folks. We have lots of challenges with China, but this is about their fundamental unalienable rights for those particular individuals.”

Mr. Pompeo, an evangelical Christian who has portrayed himself as a champion of religious rights, reiterated past comments, saying that the treatment of the Uighurs and other Muslim minorities in China “may well end up being one of the worst stains on the world this century.”

“It’s of that magnitude,” he said, adding that the challenge was to “rally the world” against it.

“We have done so today with some success, but not nearly enough, to call this out and work with the Chinese government, to convince them – to convince the Chinese Communist Party – that this isn’t in their best interests … that it’s not the right way to treat … other human beings,” Mr. Pompeo said.

In his speech, Mr. Pompeo charged that over the past two years in its western region of Xinjiang, China had “tried to brainwash coming on one million Uighur Muslims in internment camps … to renounce their culture and their faith.”

He dismissed Chinese claims that the camps were meant to “educate and to save” people influenced by religious extremism.

China’s Foreign Ministry did not immediately respond to a request for comment.

China has consistently denied any mistreatment of Uighurs in what it calls vocational training centres, which it says have been extremely successful in combatting extremism and violence.

Hundreds have died in unrest in Xinjiang in recent years, blamed by Beijing on Islamists and extremists. Rights groups and exiles say the violence is more a reaction against China’s suppression of the Uighur people.

In a speech on tackling extremism in Xinjiang’s capital Urumqi on Friday, China’s deputy propaganda minister, Jiang Jianguo, said the world had a responsibility to come together to counter terrorism, state news agency Xinhua reported.

Though the United States has ramped up criticism of China’s measures in Xinjiang, it has refrained from responding with sanctions over the issue, amid on-again-off-again talks to resolve a bitter and costly trade war.

The Trump administration has been considering sanctions against Chinese officials, including Xinjiang’s Communist Party chief Chen Quanguo, a member of the Chinese leadership’s powerful politburo, since last year, but has held off amid Chinese threats of retaliation.

Some in the U.S. Congress and other critics have been dismayed by Trump’s apparent tendency to place efforts to resolve the trade dispute above human rights concerns.

A White House official said on Friday that a major speech by Vice-President Mike Pence that had been scheduled for June and expected to take a tough line on Beijing had been rescheduled for the fall.

The official, who did not want to be identified, said the tone of the speech would be dictated by the needs of the moment.

Last October, Mr. Pence shocked some China watchers with a speech in which he laid out a litany of complaints against Beijing, chastising China for building “an unparalleled surveillance state” and its treatment of the Uighurs.

China said on Tuesday it had lodged stern representations with the United States about previous comments by Mr. Pompeo about Xinjiang. 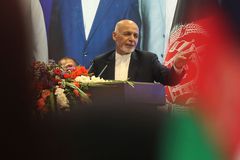 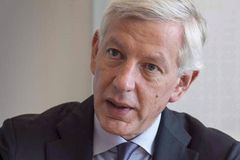