Pope Francis vowed on Monday that “no effort must be spared” to root out priestly sex abuse and cover-up from the Catholic Church, but gave no indication that he would take action to sanction complicit bishops or end the Vatican culture of secrecy that has allowed the crisis to fester.

In a letter to Catholics worldwide following damning new revelations of misconduct in the United States, Francis sought to project a get-tough response to the perpetrators and a compassionate shoulder for victims ahead of a fraught trip to Ireland this weekend.

The Pope begged forgiveness for the pain suffered by victims and said lay Catholics must be included in the effort to root out abuse and cover-up. He blasted the clerical culture that has been blamed for the crisis, with church leaders more concerned about their own reputations than the safety of children.

“We showed no care for the little ones,” Francis wrote. “We abandoned them.”

Opinion: Horror and disgust shouldn’t be our only response to pedophilia

But Francis alone can sanction bishops and he offered no hint that he would change the Vatican’s longstanding practice of giving religious superiors a pass when they botch abuse cases or are negligent in protecting their flocks.

He said he was aware of the “effort and work being carried out in various parts of the world” to ensure children are protected and hold accountable those who commit abuse and cover it up.

But he made no reference to what the Vatican plans to do, saying only: “We have delayed in applying these actions and sanctions that are so necessary, yet I am confident that they will help to guarantee a greater culture of care in the present and future.”

The letter was viewed by abuse survivors as little more than recycled rhetoric that fails to acknowledge the Vatican’s own role in turning a blind eye to predatory priests and fomenting a culture of secrecy that has allowed crimes to go unpunished for decades.

“That culture was overseen by #Vatican & codified into its laws,” tweeted Colm O’Gorman, a prominent Irish abuse victim who is organizing a solidarity demonstration of survivors in Dublin during Francis’s visit. “He needs to name & own that.”

Marie Collins, another prominent Irish survivor who resigned in frustration from the pope’s sex-abuse advisory commission, said statements about how terrible abuse is and how bishops must be held accountable are meaningless.

“Tell us instead what you are doing to hold them accountable,” she tweeted. “That is what we want to hear. ‘Working on it’ is not an acceptable explanation for decades of ‘delay.’ ” Priestly sex abuse was always expected to dominate the Pope’s trip to Ireland, a once staunchly Roman Catholic country where the church’s credibility has been devastated by years of revelations that priests raped and molested children with impunity and their superiors covered it up.

But the issue has taken on new gravity following revelations in the United States that one of Francis’ trusted cardinals, the retired Archbishop of Washington, Theodore McCarrick, allegedly sexually abused and harassed minors as well as adult seminarians.

In addition, a grand jury report in Pennsylvania last week revealed that at least 1,000 children were abused by some 300 priests over the past 70 years, and that generations of bishops failed to take measures to protect their flock or punish the rapists.

“Priests were raping little boys and girls, and the men of God who were responsible for them not only did nothing; they hid it all,” the grand jury report said.

The letter from Latin America’s first pope also comes on the heels of a spiraling sex-abuse scandal in Chile, where law enforcement has staged multiple raids on church archives to try to determine what was known and kept hidden about pedophile priests.

The three-page letter, issued in seven languages, referred to the Pennsylvania report but stressed that its message was to a much broader global audience. In it, Francis acknowledged that no effort to beg forgiveness of the victims would be sufficient but vowed “never again.”

Looking to the future, he said: “No effort must be spared to create a culture able to prevent such situations from happening, but also to prevent the possibility of their being covered up and perpetuated.”

He demanded an end to “clericalism” – the culture that places priests on a pedestal. He said lay Catholics must help end that culture, since rank-and-file Catholics are often the ones who most fervently hold up their priests as beyond reproach.

That emphasis – on both the role of the laity and clericalism – is new for a pope in addressing the abuse scandal and seems a direct response to the Pennsylvania findings, said Kathleen Sprows Cummings, associate professor of American studies and history at the University of Notre Dame.

“That’s what people are feeling. That’s the rage,” she said, adding that she had acquaintances who were withholding donations to their parishes, refusing to address priests as “Father” and demanding at Sunday mass that their pastors address the crisis.

“I think this is a crisis and I don’t think many church leaders appreciate that,” she said.

Francis appears to hear that call, but it’s unclear if it will be enough.

Several years ago, he scrapped a proposed Vatican tribunal to prosecute negligent bishops, relying instead on current Vatican procedures. While he has taken some bishops to task, he has refused to act on credible reports of bishops failing to report abusers to police or otherwise botching the handling of cases.

Francis also has kept on his nine-member cabinet a Chilean cardinal long accused of covering up for pedophiles, an Australian cardinal currently on trial on sex-abuse charges and a Honduran cardinal implicated in a gay priest sex scandal involving his trusted deputy.

As a result, advocates for victims found his letter wanting.

“Mere words at this point deepen the insult and the pain,” said Anne Barrett Doyle of the research group Bishop Accountability, which released a database on Monday of credibly accused or convicted Irish clergy.

What Francis should do to protect children, she said, is to order the Vatican to release the names of all priests who have been convicted under canon law of abusing minors.

Unlike the U.S. bishops’ conference, which has referred only to “sins and omissions” in their response to the Pennsylvania report, Francis labelled the misconduct “crimes.”

Vatican spokesman Greg Burke said it was “significant” that Francis used that term and called for accountability, “which in many cases means bishops.”

“This is a wake-up call for everyone,” Mr. Burke told The Associated Press.

Pennsylvania Attorney-General Josh Shapiro praised the Pope’s letter and urged local church officials to “cease their denials and deflections” and accept the grand jury recommendations, which include allowing victims to sue the church for abuse that otherwise would fall outside the statute of limitations.

The Catholic Church has long resisted such litigation windows, fearing for its bottom line. In the United States, the sex-abuse scandal and related litigation has cost the church some US$3-billion and led to the sell-off of church properties and bankruptcy protection for several dioceses.

It was the second Vatican response in recent days to the Pennsylvania grand jury report, which has sparked a crisis of confidence in the U.S. Catholic leadership and led to calls for mass ouster of American bishops.

Last week, Mr. Burke issued a statement calling the abuse “criminal and morally reprehensible” and said there must be accountability for those who raped children “and those who permitted abuse to occur.”

Subsequently, the United States Conference of Catholic Bishops has asked Francis to authorize a Vatican investigation into Archbishop McCarrick, whose penchant for inviting seminarians to his New Jersey beach house and into his bed was apparently an open secret.

The Vatican hasn’t said if the Pope would approve such an investigation. The question is delicate, given that there is evidence that Vatican officials knew as early as 2000 of Cardinal McCarrick’s activities, yet still appointed him Washington archbishop and a cardinal.

On Monday, the Archbishop of Boston, Cardinal Sean O’Malley, said he didn’t see a letter sent to his office in 2015 concerning Cardinal McCarrick’s activities.

Cardinal O’Malley said a pastor sent him the letter because he was president of the Pontifical Commission for the Protection of Minors. He said his priest secretary told the pastor a recommendation to review cases fell outside the commission’s mandate.

Cardinal O’Malley apologized to the pastor and to anyone whose concerns were reflected in the letter. 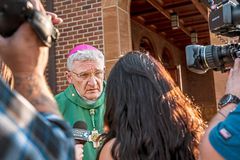 Opinion
Horror and disgust shouldn’t be our only response to pedophilia
August 20, 2018 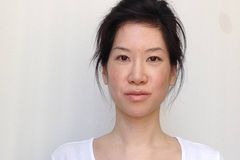