New York Gov. Andrew Cuomo faced mounting challenges to his leadership on the coronavirus pandemic Wednesday as state lawmakers threatened to strip him of the power to issue emergency orders and federal investigators scrutinized his administration’s handling of nursing home data.

The U.S. Justice Department has been examining the governor’s coronavirus task force and trying to determine whether the state intentionally manipulated data regarding deaths in nursing homes, two people familiar with the matter told The Associated Press.

The people, who weren’t authorized to discuss the investigation and spoke on condition of anonymity, said the Cuomo administration had not been co-operative with prosecutors, especially in the early stages of the probe, and for months had not produced documents and other data the Justice Department had requested.

The inquiry began months ago in the Justice Department’s civil division, and parts of it have previously been disclosed publicly. On Aug. 26, federal prosecutors gave Cuomo’s administration 14 days to provide data on nursing home deaths. More data was sought in October.

The Times Union of Albany reported Wednesday that prosecutors in the U.S. attorney’s office in Brooklyn had also become involved in an inquiry.

The investigation moved back into the public spotlight in recent weeks after revelations that Cuomo’s administration had given the public, and state lawmakers, an incomplete accounting of the number of deaths at nursing homes and assisted living facilities.

In recent weeks, the administration revealed that 15,000 long-term care residents have died, up from the 8,500 previously disclosed.

Cuomo’s top aide, Melissa DeRosa, also told Democratic lawmakers that the administration delayed releasing data to the legislature about the deaths because officials “froze” over worries the information was “going to be used against us” by the Justice Department.

Cuomo’s senior advisor, Rich Azzopardi, said Wednesday that it wasn’t true that the administration had withheld records from the Justice Department, though he acknowledged that some data requested in October had taken time to collect and produce.

“We responded to the entire August request and have been in the process of responding to the October request on a rolling basis as suggested by the Department of Justice at the time, with a production as recent as January 8, 2021,” Azzopardi said. “As we publicly said, DOJ has been looking into this for months. We have been co-operating with them and we will continue to.”

Meanwhile, Cuomo was dealing with a fresh challenge in the state Senate, where top Democrats, including Majority Leader Andrea Stewart-Cousins, prepared to vote in the coming days on a proposal that would require the governor to consult with legislators before issuing emergency orders.

Cuomo has used those powers, granted to him last spring, to limit public gatherings, close businesses and schools, and then unilaterally loosen those restrictions when he felt it would help the state.

Stewart-Cousins said the situation had changed since the early months of the crisis.

“We certainly see the need for a quick response but also want to move toward a system of increased oversight, and review,” she said. “The public deserves to have checks and balances. Our proposal would create a system with increased input while at the same time ensuring New Yorkers continue to be protected.”

It wasn’t clear whether the proposal had support in the state Assembly.

The development unfolded as Cuomo feuded with Democrats who had criticized his handling of COVID-19 outbreaks at nursing homes.

Assembly Member Ron Kim said Cuomo had vowed to “destroy” him during a private phone call last week for criticism he felt was unfair.

Cuomo denied the allegation, then used a call with reporters Wednesday to blast Kim, one of nine Democrats who signed a letter seeking support for the proposal to limit his emergency powers, which are set to expire this spring.

The letter, sent to Assembly members Tuesday, said Cuomo’s administration “deliberately covered up” the extent of deaths in nursing homes and “engaged in an intentional obstruction of justice.”

Cuomo said earlier this week the state didn’t cover up deaths, but should have moved faster to release information. “No excuses: I accept responsibility for that,” he said at a news conference.

He said it’s a “lie” that he obstructed justice, and told reporters Wednesday that he had a “long hostile relationship” with Kim. The governor accused Kim of being “unethical” for backing nail salon owners as lawmakers discussed safety and wage reforms of the industry in 2015. Kim had initially supported the reforms, but later opposed some of them after getting support from salon owners.

“I didn’t say anything about Assemblyman Ron Kim. He attacked me,” Cuomo said. “He attacked me and said that I obstructed justice in a letter.”

Kim told The Associated Press on Wednesday that Cuomo called him on the phone Feb. 11 and shouted at him.

“He went off on, I have not seen his wrath, that he had bit his tongue about me for months,” Kim said. “And I heard, `I can go out tomorrow and I will destroy your career. I will start telling the world how bad of an Assembly member you are and you’ll be finished.”'

Azzopardi, who was on the call, accused Kim of lying in a statement Wednesday and said no one threatened to “destroy anyone with their wrath.” 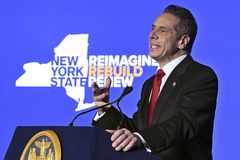 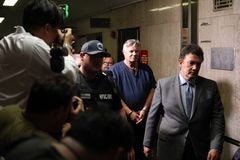 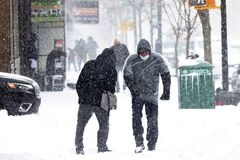