The decision by Prince Harry and Meghan, Duchess of Sussex, to step back from Royal duties has caused a sensation in Britain, with tabloids labelling the move "Megxit” and experts saying the couple’s “half-in, half-out” plan won’t work.

“It’s a sad move,” Royal historian Hugo Vickers told BBC. “To sort of go off and say, ‘I’m going to do it my way and be here and not there’ … we don’t know what he is going to do really, to be honest. But I don’t think it’s going to work out very well.” Added historian Christopher Lee, “You can’t give up being a Royal."

The couple made the surprise announcement late Wednesday, saying they wanted to pull away as senior members of the Royal family and “work to become financially independent” while still providing support to the Queen. They also plan to divide their time between Britain and North America, raising the prospect of more visits to Canada.

The move clearly caught the Queen and other Royals off guard. In a terse statement, Buckingham Palace said discussion about the couple’s new roles were at an early stage, and added, “These are complicated issues that will take time to work through.”

The announcement has dominated the British media and prompted an outpouring of commentary and criticism. “Even in her darkest hour [Prince Harry’s mother] Princess Diana respected The Queen. She would have been so mad with Harry right now,” former Royal chef Darren McGrady wrote on Twitter. The Mirror carried the headline, “They didn’t even tell the Queen.” Madame Tussauds wax museum removed the figures of Prince Harry and Meghan from a display of the Royal family on Thursday, while bookmakers took bets on when the couple will drop their Royal titles.

Not everyone was critical. Several celebrities expressed support for Meghan, including her close Canadian friend Jessica Mulroney. She posted a quote on Twitter reading, “A strong woman looks a challenge in the eye and gives it a wink."

The Duke and Duchess have made no secret of their desire to break free from media scrutiny and the constraints of the Royal household. Last October, they launched lawsuits against Britain’s largest tabloid newspapers and Prince Harry issued a scathing attack on the press over what he called a “ruthless campaign” against his wife. Meghan told a television interviewer at the time that she felt damaged by the scrutiny. "The biggest thing that I know is that I never thought this would be easy, but I thought it would be fair,” she said. There’s also been talk of a rift within the Royal family. Prince Harry has confirmed there is tension with his brother, Prince William the Duke of Cambridge.

The couple has moved quickly to take more control over their public image by launching a website that they said would be “a source of factual information." A series of posts on the site explained they "value the ability to earn a professional income, which in the current structure they are prohibited from doing.” They also said they will shun Britain’s main media outlets and engage with “grassroots media organisations and young, up-and-coming journalists.”

The question now is how they will earn a living. They plan to give up payments from the Sovereign Grant, an annual stipend the Royal family receives from the government to cover expenses. It’s based on revenue generated by the Crown Estate, a £14.3-billion ($24.4-billion) real estate portfolio that includes buildings, parks and the seabed around England, Wales and Northern Ireland. The Queen forgoes the revenue from the estate in return for the grant, which totalled £82.4-million this year.

Prince Harry and Meghan said the grant covers about 5 per cent of their expenses. The rest comes from the Duchy of Cornwall, a private company set up in 1337 by Edward III for his son and all subsequent heirs to the throne. The Duchy has about £1-billion worth of holdings in agriculture, real estate and financial investments and generates about £36-million in annual revenue. The company is not subject to income tax, but Prince Charles, the current heir to the throne, voluntarily pays tax on the Duchy’s profits. He uses the remaining surplus to fund his expenses as well as those of his sons, Prince Harry and Prince William, who is second in line to the throne (Prince Harry is sixth).

The brothers each receive about £5-million from the Duchy annually. It’s not clear whether Prince Charles will continue to give Prince Harry as much if he cuts back on Royal duties.

There’s also the question of where the couple plan to live. They want to continue using Frogmore Cottage, a house near Windsor Castle that was recently renovated for them at a cost to the taxpayer of £2.4-million. However, they will need permission from the Queen to continue using the home. The couple also indicated that they expect their security to remain covered by the government. They said on the website that they are “classified as internationally protected people which mandates this level of security.”

It’s not clear how they will earn an income given that their current work, beyond Royal engagements, involves charities. Prince Harry does have substantial assets. His net worth is estimated at about £30-million, most of which came from inheritances from his mother and great-grandmother, The Queen Mother. “I can’t see them doing speaking engagements, getting book deals or Meghan even dipping her toe back into acting while they still hold their [titles],” said Brittani Barger, deputy editor of Royal Central, a news service that covers the Royals. “I think, in the end, their [titles] will be taken away.” 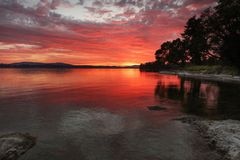