Buckingham Palace has been forced to scale back the Duke of Edinburgh’s funeral because of the COVID-19 pandemic and it’s unclear which members of the Royal Family will attend the service.

Palace officials have yet to indicate when the funeral will be held but it is expected to take place in St. George’s Chapel at Windsor Castle, where the Queen and Prince Philip have been staying during the pandemic. After announcing the Duke’s death Friday morning, the palace said “modified funeral and ceremonial arrangements for His Royal Highness The Duke of Edinburgh are being considered by Her Majesty The Queen. Details will be confirmed in due course.”

Britain has been under a strict lockdown since just after Christmas and while some measures will be relaxed on Monday, funerals will continue to be limited to 30 people. Large public gatherings have also been banned.

Obituary: Prince Philip was Queen’s ‘liege man of life and limb’ to the end

Those restrictions have clearly hampered the palace. While Prince Philip didn’t want a state funeral, there had been elaborate plans for his coffin to be taken on a gun carriage through the streets of London from St. James’s Palace to Wellington Arch outside Buckingham Palace. From there it was going to be driven to Windsor Castle for a funeral and interment at St. George’s Chapel. There were also plans for a seven-day period of mourning and up to 800 people were expected at the service, likely including dozens of leaders from the Commonwealth and other countries.

The procession has been ruled out and only 30 family members will be in the chapel. The palace has also abandoned plans to have books of condolences for Prince Philip set up at various locations around the country and instead it has created a website for tributes. It has also asked the public not to gather outside royal residences to lay flowers and the notice announcing Prince Philip’s death was removed from the gates of Buckingham Palace within a few hours on Friday to prevent crowds from forming.

The pandemic didn’t stop a massive outpouring of tributes to the Duke. World leaders, rock stars, athletes, charity workers and other royal families offered their condolences and fond memories of the Prince. “He was a heck of a guy,” U.S. President Joe Biden told reporters on Friday. “He’s going to be missed. Ninety-nine years old and never slowed down at all which I admire the devil out of.”

While plans for royal funerals are typically made years in advance, officials likely began modifying the Duke’s arrangements after his recent bout of illness. He’d spent much of February and March in hospital after feeling ill and on March 3 he had an operation for a pre-existing heart condition. He was discharged two weeks later and returned to Windsor Castle.

The scaled-back funeral will limit who can attend the service and all eyes will be on whether the Duke and Duchess of Sussex show up.

Prince Harry has yet to comment on his grandfather’s death but the couple released a short statement on the website of their charity, Archewell, which thanked Prince Philip for his service. “You will be greatly missed,” the statement added.

Prince Harry was close to the Duke and it’s widely expected that he will attend the funeral but without the Duchess who is pregnant. If he does fly in from California, Harry could face quarantine rules that require international travellers to self-isolate for up to 10 days. There are some exemptions for diplomats and allowances to attend funerals, but Harry would still be expected to adhere to some kind of quarantine. His appearance would also be his first encounter with Prince William and other family members since the couple’s controversial interview with Oprah Winfrey which raised allegations of racism within the Royal Family.

Despite pleas from the palace, crowds gathered throughout the day on Friday and laid flowers outside Buckingham Palace and Windsor Castle. Flags flew at half-mast throughout the country and the British military announced that it will fire a gun salute to Prince Philip on Saturday involving 41 rounds shot from batteries across Britain. Members of Parliament will also gather for a special session on Monday to pay their respects and the bells at Westminster Cathedral rang out 99 times on Friday.

“Prince Philip earned the affection of generations here in the United Kingdom, across the Commonwealth and around the world,” Prime Minister Boris Johnson said in a statement Friday. “Like the expert carriage driver that he was he helped to steer the Royal Family and the monarchy so that it remains an institution indisputably vital to the balance and happiness of our national life.”

Some members of the Royal Family also offered their memories of Prince Philip.

“Without him life will be completely different,” Princess Anne told ITV. She added that her father struggled at first to define a role for himself. “Nobody had thought about what he was going to do. And it took a while to find people who understood he had extraordinary experience and skills that they could make use of. But he also found ways he could make an impact.”

Prince Edward told ITV that the “public image that certain parts of the media would portray was always an unfair depiction.” His father “used to give them as good as he got and always in a very entertaining way. He was always able to manage interviews and say things that the rest of us always dreamed we could say. He was brilliant.” 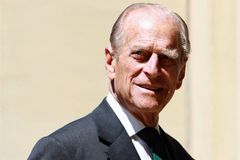 Prince Philip: ‘They don’t make ‘em like him any more.’ Globe readers remember the Duke of Edinburgh
April 9, 2021 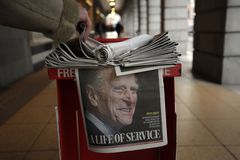 Prince Philip: How his loved ones and the world’s leaders are remembering him
Subscriber content
April 9, 2021 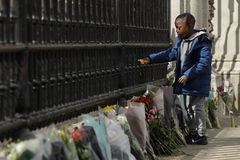