The Duke of Edinburgh’s funeral will have a distinct military feel with Royal Marine buglers playing the Last Post and Action Stations, a call made on warships to signal all hands on deck, according to details released Friday by Buckingham Palace.

“The order of service for the funeral was agreed with the Duke of Edinburgh during his lifetime, and reflects the Duke’s close military affiliations, and personal elements of His Royal Highness’ life,” Buckingham Palace officials said in a statement.

Prince Philip did not want a state funeral, but the service on Saturday in St. George’s Chapel at Windsor Castle will highlight his connections to the Armed Forces. Service personnel from the Army, Navy and Air Force will be positioned in a quadrangle outside the chapel, and a band of Grenadier Guards will lead a procession of the coffin into St. George’s.

The service will be led by the Dean of Windsor, who will say in the opening: “We have been inspired by [Prince Philip’s] unwavering loyalty to our Queen, by his service to the nation and the Commonwealth, by his courage, fortitude and faith. Our lives have been enriched through the challenges that he has set us, the encouragement that he has given us, his kindness, humour and humanity.”

During the service the Archbishop of Canterbury will lead prayers and a four-person choir will sing a selection of pieces chosen by the Duke.

Among the songs will be Eternal Father, Strong to Save, which is associated with the Royal Navy. The choir will also sing a piece commissioned by the Duke as well as an adaptation of Psalm 104, which he also requested.

Under Britain’s COVID-19 restrictions the congregation will not be allowed to sing and everyone will have to sit apart from each other. The Queen and other guests will have to wear masks.

Members of the Royal Regiment of Scotland will play a lament as the Duke’s coffin is interred in the royal vault. Buglers from the Royal Marines will conclude the service with the Last Post and Action Stations.

On Friday the Royal Navy left a wreath in honour of Prince Philip outside St. George’s Chapel. “In gratitude for an exceptional life of service from all ranks of the Royal Navy. Fair winds and following seas,” read the tribute.

Prime Minister Boris Johnson also left a wreath with a message that said: “In grateful memory of a man to whom the nation owes more than words can say.”

Prime Minister Justin Trudeau spoke with the Queen on Friday to offer his condolences. In a statement, the Prime Minister’s office said: “The Prime Minister noted the special relationship the Duke of Edinburgh maintained with Canada over the years, including through more than 60 visits and close ties with the Canadian Armed Forces, and conveyed to Her Majesty that the thoughts of Canadians are with her and all members of the Royal Family in this time of grief.”

Buckingham Palace officials have had to modify Prince Philip’s funeral because of the pandemic. The original plans called for his coffin to move through central London on a gun carriage before heading to St. George’s Chapel in a hearse. Up to 800 people were expected to attend.

Instead, the entire funeral will be held in the chapel with only 30 guests. Along with the Queen, other invitees include her four children – Princess Anne and Princes Charles, Andrew and Edward – as well as Prince Harry, Prince William and other grandchildren. Three of Prince Philip’s German relatives will also attend.

One feature of the funeral that Prince Philip planned in detail will remain. He spent 18 years working with Land Rover to create a special vehicle to carry his coffin. “The hearse was built using a Land Rover Defender TD5 130 chassis cab vehicle, which was made at Land Rover’s factory in Solihull in 2003 and subsequently modified,” the palace said. “An open top rear section to carry the Duke’s coffin was designed and custom-made to the Duke’s specification.”

Prince Philip also chose the colour of the hearse – dark bronze green – which is used on many military vehicles.

Opinion
Prince Philip’s death reminds us that Canada’s ties to the monarchy, and our identity, are at stake
Subscriber content
April 9, 2021 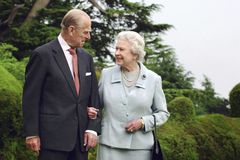 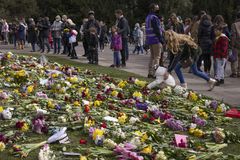 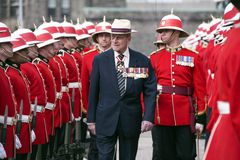