An opposition activist in Zimbabwe has been sentenced to 14 months in prison, sparking new concerns about repressive tactics by a government that is increasingly regarded as harsher than the Robert Mugabe regime before it.

Police clubbed journalists with batons and broke up an opposition party’s press conference in chaotic scenes outside the Harare courthouse after a magistrate imposed the prison sentence on Makomborero Haruzivishe. The 29-year-old pro-democracy activist was convicted of inciting violence and resisting arrest.

It was the latest evidence of rapidly shrinking freedoms under President Emmerson Mnangagwa, who replaced Mr. Mugabe after a military coup in 2017.

Under his government, police have intensified the arrest and jailing of opposition members and journalists, while dozens of opposition MPs have been expelled from Parliament. The main opposition alliance has been stripped of its headquarters, by-elections have been postponed indefinitely and the government has proposed a “Patriot Bill” to prohibit Zimbabweans from “harming the image” of the country.

In the Mugabe years, Zimbabwe’s courts had retained some independence and often released opposition members who were arrested. But increasingly today, the courts are doing the government’s bidding and imprisoning people on flimsy evidence.

Mr. Haruzivishe, for example, was convicted of inciting violence because he had blown a whistle to support a group of street vendors in Harare who were being rounded up and arrested by police.

He was sentenced to a total of 36 months of imprisonment on the two charges, but most of the sentence was either suspended or allowed to run concurrently.

“I am ready for prison,” he said in a defiant series of tweets on Tuesday, hours after the sentencing.

“I refuse to be broken by a cabal of thieves and murderers,” he said. “Do not despair. … This for me is a sabbatical. I will be back!”

Outside the courthouse in Harare, riot police pushed and shoved journalists who had gathered to hear an opposition spokesperson’s reaction to the sentencing. The police swung their batons at the journalists and injured at least one of them, leaving him with a bleeding hand.

“Leave, leave please, all of you, leave, you are not practising social distancing here,” a policeman shouted at the journalists.

Fadzayi Mahere, spokesperson for the opposition Movement for Democratic Change Alliance, attempted to give a brief press statement outside the courthouse, but the police surrounded her, pushed her away and forced her into a car in the parking lot before she could speak. Police also prevented Mr. Haruzivishe’s lawyers from speaking to the media.

Beyond the courthouse gates, barred from entering the building, about 200 opposition supporters were singing and dancing. “We want justice, we want Makomborero back,” they sang until police charged at them with batons. Some police drove a water-cannon truck at the crowd to scatter them.

Ms. Mahere said her opposition party will appeal the conviction and will seek to have Mr. Haruzivishe released on bail during the appeal.

But other opposition members – including a member of parliament, Joana Mamombe, and another activist, Cecilia Chimbiri – remain in prison because they were denied bail. Both have said they were kidnapped and tortured by state security agents before they were formally arrested.

“The law lacks autonomy and under Emmerson has been weaponized against an angry restless population,” said opposition member Tendai Biti, a former Zimbabwe finance minister, in a tweet on Tuesday.

The prison sentence for Mr. Haruzivishe is “a vindictive desperate act by a renegade paranoid regime intent on unleashing [a] chilling effect on democratic struggle,” he said. “Such tactics have never worked.”

Ms. Mamombe and Ms. Chimbiri, in a handwritten letter smuggled out of their prison cells on Tuesday, remained defiant. “They may kill us, jail us, but there are hundreds who are likeminded, and so the struggle for the Zimbabwe we all want will not die,” they said in the statement, posted on social media by their supporters.

Zimbabwe’s state media said the opposition members who gathered outside the courthouse were a “mob.” The state-owned newspaper, The Herald, quoted a prosecutor, Moses Mapanga, who said that Mr. Haruzivishe’s “moral blameworthiness was very high” because there was a “high potential of loss of lives and damage to property” when he tried to support the street vendors who were being arrested last year.

The opposition party, MDC Alliance, noted that a number of activists are serving prison sentences for peaceful protests. It said Mr. Haruzivishe and other jailed activists were political prisoners.

“We condemn the regime’s intensified clampdown on dissent and its abuse of the courts to punish innocent people,” the alliance said in a statement on Tuesday.

In addition to the prison sentences, a growing number of activists are “subjected to lengthy, unjust and undue pretrial detention,” in violation of international standards, it said.

Dewa Mavhinga, the Southern Africa director at Human Rights Watch, said Mr. Haruzivishe had been imprisoned for protesting peacefully. In a tweet on Tuesday, he called for a united response by the pro-democracy movement to assert the right to protest peacefully. 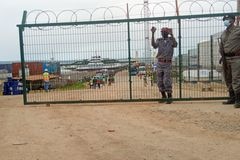 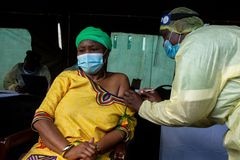 How South Africa’s struggle against poachers brought rhinos back from near oblivion
Subscriber content
January 3, 2021 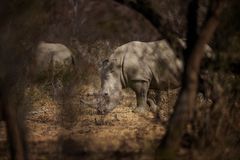