Protesters fearing an erosion of Hong Kong’s legal autonomy blocked access to a government office building for nearly two hours Monday and plan more demonstrations to draw the attention of leaders attending the Group of 20 summit this week.

About 100 demonstrators jammed the entryway and lobby of the Inland Revenue Tower, a skyscraper in the Wan Chai district in the city centre.

Earlier, one of the main protest groups announced a demonstration planned on Wednesday to try to draw the attention of world leaders attending the G20 summit in Japan.

The leaders of the Civil Human Rights Front said they hope the world leaders meeting in Osaka will hear the protesters’ concerns over the weakening of the city’s legal autonomy by mainland China.

Hundreds of thousands of people have filled the streets and sidewalks in recent weeks to oppose legislation seen as increasing Beijing’s control and police treatment of the protesters. The activists spoke on Monday near the city government headquarters, where a few protesters remained though the offices in the building had reopened.

Kelvin Ho, one of the group’s several leaders, said the protest was meant to “urge the international community to give stress on Beijing that we need democracy.”

China has rejected foreign commentary over the protests and the extradition issue as interference in its internal affairs.

Hong Kong’s government “has taken a series of measures to safeguard fairness and justice of society and to block loopholes in the legal system. We believe what they have done is completely necessary and the central government supports these measures,” he said.

Joshua Wong, another activist who helped galvanize mass pro-democracy protests in 2014, said on Twitter that he was urging his followers to join the protest on Wednesday.

Pro-democracy activists and legislators and others critical of the extradition bill have insisted they are not satisfied with apologies from the authorities over the handling of the unpopular legislation and over police moves during protests that many Hong Kong residents considered overly aggressive.

Hong Kong has a separate legal system from the rest of China under an agreement struck before Beijing took control of the former British colony in 1997. The extradition legislation would enable some suspects to be sent from Hong Kong to stand trial in mainland Chinese courts.

The opponents’ concern is that suspects might be pursued for corrupt or political reasons and be unable to get fair trials in courts dominated by the ruling Chinese Communist Party.

Bonnie Leung, another leader in the Civil Human Rights Front, said the extradition bill, which has been indefinitely shelved for now, would affect not just Hong Kong residents but potentially anyone visiting the city.

“The whole world who have connection with [Hong Kong] would be stakeholders,” she said. “This is not about a power struggle. This is about the values that make the world a better place, such as the rule of law.”

“If you also treasure these values, please speak up and do speak up before it is too late,” she said.

Hong Kong Chief Executive Carrie Lam, who has apologized over the controversy but refused calls to step down, said the legislation was needed to ensure criminals would not use the territory to evade capture and to meet international standards such as rules against money laundering.

China will not allow Hong Kong issue to be discussed at G20 summit
June 23, 2019 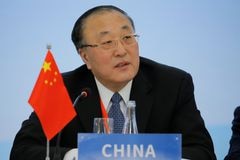 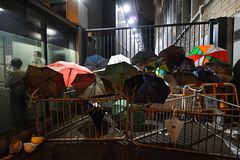 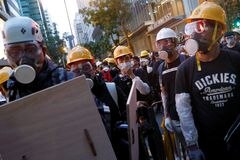