China’s President Xi Jinping has cast himself as the guardian of globalization and guarantor of free trade, an antidote to Donald Trump and U.S. tariffs.

On Friday, Russia’s Vladimir Putin came to Beijing to show himself a trusty stalwart in that effort, adopting the language of Mr. Xi in hopes of further deepening what both nuclear-armed global strongmen have called a mutual friendship, one lubricated by vodka and strengthened by an ambition to erode Washington’s global dominance.

“It’s important to create an effective answer to the risk of fragmentation of the global economic, political and technological space,” Mr. Putin said, addressing the assembled delegates – Mr. Xi included, along with 36 other national leaders – at a Belt and Road summit in Beijing on Friday.

With high-level U.S. representation conspicuously absent, Mr. Putin called for those gathered to formulate their own ”answer to the rise of protectionism, the most dangerous form of which is the illegitimate one-sided measures taken without any account from the United Nations or, even worse, trade wars,” Mr. Putin said.

The veiled shot at Washington from Chinese soil marked the latest indication that Russia and China, despite their many differences, have found increasingly common cause at a moment of U.S. disengagement with some of the institutions of global leadership. While China seeks an end to the tariffs imposed by the United States on US$250-billion of its goods, Russia has sought relief from international sanctions.

More importantly, however, “Russia and China share their vision of how the world should work – that it should be multipolar, countries should be equal and the world should not be dominated by one power,” said Alexander Lukin, the author of China and Russia: The New Rapprochement and head of the Faculty of World Economy and International Affairs at Moscow’s National Research University Higher School of Economics.

And if that stirs consternation in Washington and other western capitals?

Opinion: Welcome to Shanghai, the capital of the future

That, at least, is the objective of Mr. Xi and Mr. Putin, leaders who have become so close that Prof. Lukin jokes they see each other more often than he sees some of his friends.

Similar in age and political disposition – both have centralized power while calling for the revival of historic greatness – Mr. Xi and Mr. Putin nonetheless make for unusual and unequal partners. China has by some measures already eclipsed the United States as the world’s pre-eminent economy. Russia is a declining economic power, and China’s scholars like to point out that its economy is roughly equal in size to a single Chinese province, Guangdong.

But the two leaders have nonetheless established a comfortable rapport, one that has become a subject of mounting worry among those who suspect the two autocratic leaders have co-ordinated a global effort to undermine the postwar order.

Last year, Mr. Putin made crab roe steamed buns in China, and later accompanied Mr. Xi in a joint frying of Russian pancakes, which the two men topped with caviar and washed down with vodka. On Friday, Tsinghua University awarded Mr. Putin an honorary doctorate at one of China’s most prestigious educational institutions.

"My dear friend, the president of the People's Republic of China, also graduated from this school,” Mr. Putin said. Mr. Xi then posed with him for a photograph.

“Our co-operation has reached an unprecedentedly high level and sets the pattern of what state-to-state relations should be like in a modern world,” Mr. Putin said in an earlier meeting on Friday.

Elsewhere, however, their bonhomie has raised alarm.

Mr. Xi and Mr. Putin have seized on “perceived opportunities for the two powers to expand their influence at the expense of the United States and allied countries seen in decline,” Robert Sutter, a professor at George Washington University, told a March hearing held by the U.S.-China Economic and Security Review Commission.

“Such ties, backed by the respective military and economic power of each state, clearly represent the most serious challenge faced by the United States since the end of the Cold War.”

Although Russia and China were once seen as occupying an “axis of convenience,” it may now be better to think of it as a “de facto alliance,” he said. Last September, 3,200 Chinese troops participated in the largest Russian military exercises since the Cold War; in April China’s Defence Minister Wei Fenghe came to Moscow, in part, he said, “to show Americans the close ties between the armed forces of China and Russia.”

Each, too, has something to offer the other. Trade between the two countries rose 24.5 per cent last year to US$108-billion, and Chinese spending – and the Eurasian trade networks it is seeking to bolster through its Belt and Road Initiative – stands to provide economic succour for Russia, by bringing new flows of goods across Russian territory. Last year, Russia’s Central Bank dumped a quarter of its U.S. dollar reserves; 15 per cent of its holdings are now in yuan as it seeks alternative currencies for its foreign trade.

Moscow, meanwhile, has offered Beijing critical support at the United Nations and in Mr. Xi’s signature diplomatic ambitions, including Belt and Road. It has also become a key source of critical commodities. It has been the top foreign supplier of Chinese oil since 2016 and has signed contracts to supply an amount of natural gas equivalent to a third of China’s total imports last year.

On Thursday, Russian gas producer Novatek sold a pair of Chinese firms a 20 per cent stake in Arctic LNG 2, a US$25.5-billion project expected to begin loading ships in 2023.

But it is the larger geopolitical issues that have provided the greatest bond for the two countries, Mr. Guo said.

Russia may be isolated by sanctions, but China itself is isolated by “Western countries when we promote our 5G technology. Isn’t that another kind of alienation? Russia is not the only one being unfairly treated,” he said.

The “two countries hold much in common. Their goals are same. And they’ve come to an agreement in their interests.” 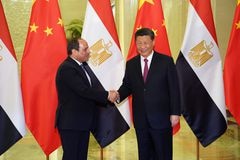 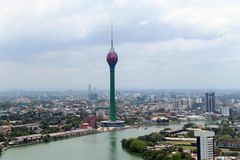 Opinion
Welcome to Shanghai, the capital of the future
April 29, 2019 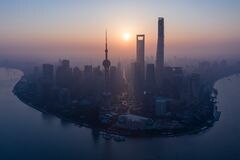