Over the next few hours, as revealed by photos on social media, workers unloaded the plane’s cargo: a Russian Mi-17 helicopter in military camouflage, an army truck and other equipment, all to supply the estimated 160 Russian military contractors that have arrived in northern Mozambique to fight an Islamist insurgency.

It was the latest sign of Russia’s expanding influence in Africa: an influence that ranges from oil investment and weapons sales to the increasing deployment of forces such as private mercenaries and covert election consultants.

Next week, for the first time, Russian President Vladimir Putin is hosting a summit for dozens of African leaders in the Black Sea resort town of Sochi. The leaders of at least 35 African countries are expected to attend.

The summit will help Russia to revive its Soviet-era relationships with African leaders, while also aiming to provide new markets in Africa to replace other global customers that were lost as a result of U.S. and European sanctions on Russian companies over the past several years.

Russia’s trade with Africa has tripled over the past decade, reaching US$20-billion last year. Its interests in Africa are vast: nuclear energy deals in Nigeria and Egypt, platinum mining in Zimbabwe, diamond mining in Angola, oil exploration in Ghana and Algeria, gas projects in Cameroon and Nigeria, hydro power in Tanzania, arms exports in Uganda and Egypt, and units of mercenary soldiers in Sudan, Libya and Central African Republic. And Russia could soon acquire its first African military base – it has been in talks with Sudan about a possible naval base on the Red Sea.

The United States and the former European colonial powers have cultivated the same kinds of interests in Africa for decades, but the recent decline of U.S. influence under the Trump administration has helped lure in its geopolitical rivals for a 21st-century version of the 19th-century colonial “scramble for Africa.”

China is still the biggest new power in Africa, with US$200-billion in annual trade with the continent, but the Sochi summit is evidence of Moscow’s efforts to accelerate its own African strategy, while other competitors such as Turkey, Israel and Japan have also dramatically expanded their diplomatic and economic efforts in the continent in recent years.

Russia says it will offer a “win-win” relationship with African leaders at the Sochi summit. “We are prepared to propose to our African colleagues and friends a broad agenda of equal interaction, covering many different areas: economy, energy, transport, education and environment,” Mr. Putin said in a statement.

What he did not mention, however, is Moscow’s increasing willingness to convert its military and commercial influence into a political presence on the ground.

A veteran Russian diplomat and former intelligence official, Valery Zakharov, became a symbol of Moscow’s growing clout in Africa when he was appointed as the national security adviser to the president of the Central African Republic, where Russia has sent weapons and private military contractors to train the country’s army. In exchange for the training and weapons, Russia has obtained gold and diamond mining rights at discounted prices.

Russian political strategists, too, have become active in Africa, offering covert assistance to election candidates and political parties in Madagascar and South Africa, according to British and Russian media reports.

This year, Russian visitors with Kremlin connections secretly offered millions of dollars in cash to election candidates and anti-Western protesters in Madagascar, where Russia has military and mining agreements, BBC reported.

Mozambique, with its prized natural-gas resources that could be among the most lucrative in the world, is an example of Russia’s complex strategy in Africa, encompassing political activities as well as commercial and military interests.

Just a few weeks before the Antonov cargo airplane landed near the city of Nacala last month, Mozambique President Filipe Nyusi was in Russia – the first visit to Moscow by a leader of that country in 22 years.

Mr. Nyusi signed a series of energy and security agreements with Mr. Putin, including a deal with Rosneft, the Russian oil producer. Energy companies from the United States and Europe have announced US$60-billion in investments in Mozambique’s natural gas sector in recent years, and Moscow has been eager to join the race.

“We have natural resources and we expect Russian investments to use those resources for the good of the people,” Mr. Nyusi told a Russian news agency.

Since 2015, Russia has also signed a series of military co-operation agreements with Mozambique, allowing Russian military vessels to dock in Mozambican ports and authorizing the deployment of Russian military advisers. And during the leadup to Mozambique’s national election this month, a Russian political think tank published the results of an opinion poll showing the ruling Frelimo party with a strong lead, even though the country does not legal permit such polls during election campaigns.

Analysts said the “opinion poll” by IAC seemed to use fake data, but it was widely publicized by Frelimo’s supporters to boost their campaign.

The IAC also sent political strategists to South Africa this year to prepare a “disinformation campaign” against the opponents of South Africa’s ruling party, the African National Congress, according to Russian and South African media reports, citing Russian documents.

The documents have shown that the IAC is controlled by Mr. Putin’s close ally, Yevgeny Prigozhin, who has links to the Wagner Group, the supplier of Russian mercenaries in several African countries including Sudan and Central African Republic. He is facing criminal charges in the United States for allegedly interfering in the 2016 U.S. election through the efforts of his Internet Research Agency, a disinformation troll factory. 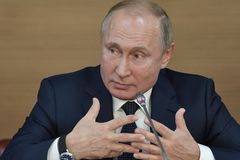 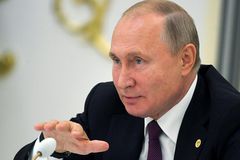 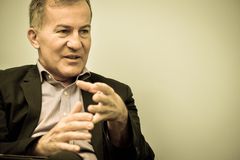