The Qatari government hopes the death of Saudi journalist Jamal Khashoggi and Saudi Arabia’s diplomatic battle with Canada will be wake-up calls for countries around the world to rethink their relations with the desert kingdom.

“No matter how much we tried to explain, somehow it was not going through,” said Lolwah Al-Khater, a spokeswoman for Qatar’s ministry of foreign affairs. “But now especially after this spat with Canada, and before that with [the kidnapping of] the Lebanese prime minister, people started realizing that this has become a pattern somehow and they started understanding what we have been going through. And that’s why I’m saying [the Khashoggi case] is a wake-up call for everyone.” Ms. Al-Khater was speaking after a panel discussion in London on Monday at the Royal Institute of International Affairs that focused on Qatar-Saudi relations.

Once close allies, Saudi Arabia and Qatar have been locked in a bitter dispute for more than a year after the Saudis and three of its allies – Egypt, United Arab Emirates and Bahrain – accused Doha of backing terrorism in the region. Qatar, which has forged ties with Iran, has vigorously denied the accusation. Saudi Arabia has put an economic blockade on Qatar, cutting off the country’s only land border.

Both sides have engaged in a war of words that has only increased since the death of Mr. Khashoggi after he visited the Saudi consulate in Turkey on Oct. 2. Saudi media initially said the journalist’s killing was a Qatari-Turkish plot while the Qatari-owned broadcaster Al Jazeera has given the case maximum coverage and suggested Saudi Arabia was “too toxic” for foreign investors.

After days of conflicting accounts, Saudi Arabia has now said Mr. Khashoggi, who had been critical of the Saudi government, died accidentally at the consulate after a fistfight with a Saudi security team. The kingdom has also insisted that its rulers, including Crown Prince Mohammed bin Salman, did not know about the operation and did not order Mr. Khashoggi’s murder.

Ms. Al-Khater said other countries are now beginning to realize what Qatar has been up against and she cited Canada’s dispute with Saudi Arabia as another key turning point. Canada has been in a diplomatic row with Saudi Arabia since August when Foreign Affairs Minister Chrystia Freeland raised concerns on Twitter about the detention of a Saudi human rights activist who has relatives in Canada. Saudi Arabia responded by expelling the Canadian ambassador, recalling its ambassador to Canada, suspending investment programs, stopping flights to Canada by the state airline and pulling Saudi scholarship students out of Canadian universities.

Ms. Al-Khater said governments around the world “sometimes have silence about some conflicts which we think are very much regional in a way.” She and others have noted that Qatar has managed to weather the blockade by diversifying its trade ties and opening up relations with Iran. The country’s economy is expected to grow by 2.6 per cent this year according to the International Monetary Fund.

Another panelist, Abdullah Baabood, who is a former professor at the Gulf studies centre at Qatar University, said he and other academics are afraid to speak out about Saudi Arabia because of what happened to Mr. Khashoggi. “If this is going to happen to just a simple journalist who can be critical sometimes about his own government and some of its policies, if it can happen to someone like that it can happen to any of us.”

Dr. Baabood, who is from Oman, was a friend of Mr. Khashoggi’s, and they were both due to appear at a recent conference in Washington together. “My wife called me when she heard about Jamal,” Dr. Baabood said. “She said see what happened to Jamal, be careful. I think I’ve gone too far to be too careful now, so I just hope there is more pressure, more international pressure on countries in the region to respect human rights and to allow for voices to be heard.“

Dr Baabood said he hopes the current crisis changes Saudi Arabia for the better because “we do need Saudi Arabia to be a leader in the region.” But he applauded the Canadian government for standing up to the Saudis. “I think Canada aired its views about human rights in the region and we need more countries to do so,” he said. 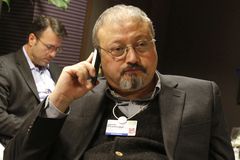 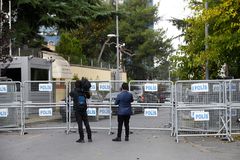 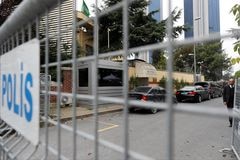